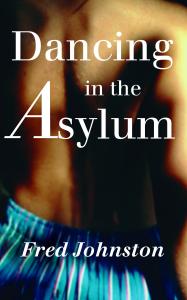 
My musical education lags way behind my literary one    I did not have the slightest idea what "Galliard" means.   As it always seem to (there are those who claim that Google is some how causing a global dumbing down of the people of the earth, I am quite of the opposite opinion), Google came to my rescue.  Allow me to quote from Wikipedia

"As a dance, the galliard was definitely not one to be improvised. It had dancers combining patterns of steps which occupy one or more measures of music. In one measure, a galliard typically has five steps; in French such a basic step is called a cinq pas and in Italy, "cinque passi". This is sometimes written in English sources as sinkapace. These steps are: right, left, right, left, cadence.

The galliard is an athletic dance, characterised by leaps, jumps, hops and other similar figures. The main feature that defines a galliard step is the last two beats consist of a large jump, landing with one leg ahead of the other. This jump is called a cadence,and the final landing is called the posture. The sources generally describe movement patterns starting on the left foot, then repeating it starting with the right foot. A galliard pattern may also last twice as long, or more, which would "

"Master Foynes His Galliard" is a fascinating story.   I always try to read the short stories I post on twice at least.   I read this story twice a week or more for three week and twice yesterday.   It is an infinitely captivating   story and in the very long ago I was instructed by old school formalists so I knew to see this story as a literary Galliard.   The story also begins at musical performance of a galliard by a distinguished group of musicians.   Two women old enough to have grown children are in attendance.   One is fascinated and the other is along for company.  The relationship of the women is complicated, it might be intimate it might not.   The women have both made lots of leaps in their lives, dancing in pairs of various sorts.  I know only those who have access to the book in which the story appears will be able to read it and my main purpose here is just to be sure my readers know of another very worth reading Irish short story writer.

His most recent collection of short stories, Dancing In the Asylum,  was published in 2011.  Here is the publisher's description of the book:

Longlisted for the Edge Hill Short Story Prize 2011
Paying for friendship, angry knicker-flashing at ex-pats, gay cruising at a medieval carnival... not exactly what an outsider might expect of folks from the small towns of Ireland.
These short stories introduce us to a host of fascinating characters. Sometimes funny, occasionally grotesque, always poignant, these pieces paint a wonderfully unexpected portrait of a place and its people in a time of great change, each page unfolding a delicate or deliciously devious secret.

More information can be found on the publisher's webpage

Thanks for reminding us of authors whose names may not be on the tip of our tongues. Johnston's work sounds intriguing and as radical as his roots in literary ireland of the 1970s. I look forward to buying his collection and will look out for more works. Shauna