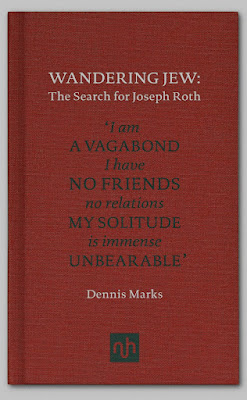 Wandering Jew:  The Search for Joseph Roth by Dennis Marks -2011 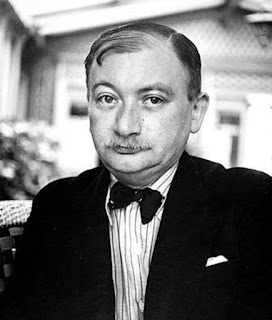 Marks starts his book by telling us it is not a biography of Joseph Roth, rather it is an attempt to understand his place in Europe between the wars.  It is very far from a panegyric, a subtitle might be “what was Roth trying to mask in his fictions and in his lies to so many people”.  It is also an account of what being a Jew from

Mitteleuropa, (meaning Middle Europe, is one of the German terms for Central Europe) meant to Roth.  Mittleleuropa, in better days this included much of the Austro-Hungarian Empire, was a terrible place to be a Jew during Roth’s life.  He left Austria in just as Hitler took over and moved to Paris.  For years he was the best paid journalist in Europe but he preferred to live in “flea bag” hotels, squandering his income in cheap bars, and prostitutes.  His very rich Friend Stefan Zweig often had to get him out of trouble with never paid back loans.

Marks book is a personal story of his attempt to understand Roth beginning with explaining why Roth would give differing accounts of where he was born and of the social background of his parents.  Marks traveled to the places Roth resided, trying to find traces of his existence.

I have read all of Roth in translation and available as a Kindle,11 novels and the collections of essays available. Roth is as smart they come.  Marks tells us that The Radetzy March is for sure Roth’s masterpiece.  My sentimental favorite is The Hotel Savoy. 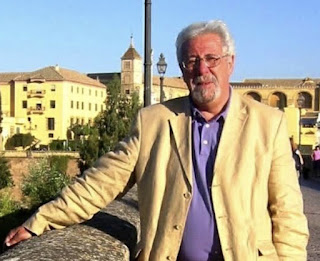 Sounds like an interesting read. Ever since I read 'Ostende' about Zweig, Roth and their friends I wanted to read more of and something by Joseph Roth.

Thanks for the detailed review.
Coincidentally I read this in November, having read five novels and essay collections by Roth in the past 20 years.
I consider that Marks’ book is primarily about the novels, rather than Roth’s essays. I thought that as well as seeking to place Roth’s varied novels in their time, Marks’ essays also explore Roth’s experience as a self exiled Galician Jew and why this was central to his novels (although Marks is sometimes repetitive in making his points).

As with general consensus, I think that The Radetzky March is Roth’s masterpiece, but not included in the selected works section at the back of the book is an English translation of his essays, The Hotel Years: Wanderings in Europe between the Wars as it was not published in an English translation until 2015, but I recommend this selection to gain an impression of why Roth was so highly paid for his essays.

Thank you Unknown for the recommendations. Will look into these. I am curious about Roth as a writer.

There's an English language biography of Joseph Roth due out in April of 2022, by British writer Keiron Pim.

Peader Loughran.- thanks very much for this information.