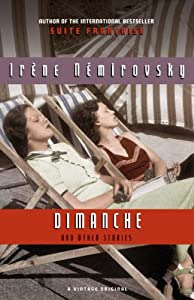 Website for Paris in July 2021- Hosted by Thyme for Tea 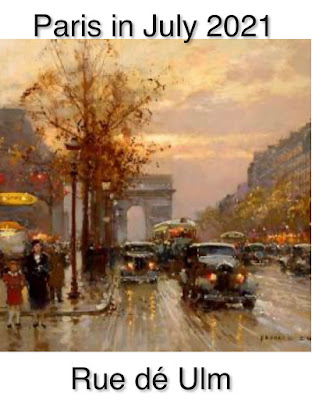 Suite Francaise is the acknowledged master work of Iréne Nemirovsky.  I first read this book during Paris in July in 2015.  I loved that book so much that I added her to my read all I can list.  Since then I have read and posted on eleven of her novels and four short stories.  On her way to Auschwitz in a cattle car she carried with her a copy of the notebook of Katherine Mansfield.  She died there after a month at age forty.  She was a very prolific writer with about a novel a year.  The Germans cheated the Reading Life world out of at least thirty wonderful works.  I cannot find a way to forgive or forget this.

I am happy to be able to post on one of her set in Paris short stories “Dimanche” - (“Sunday” in English) from 1934.  The chief characters are a Middle aged Parisian couple, married for twenty years plus, and their twenty year old daughter Nadine.  The father has long been a philander, making little effort to hide things from his wife.  As he story opens he gives her a vague explanation as to why he Will not be home tonight.  His wife wonders who he is meeting.  She thinks of The days when he once had a passion for her,

Nadine has her first love.  He seems like her father in that The man laughs  when he tells her he sees other women.  Nadine wonders if her mother, who she sees as past the years of passion, has any clue how she feels.

Nemirovsky skillfully lets us see the family dynamics, a younger daughter and the servants.

To those new to Nemirovsky start with Suite Francaise. 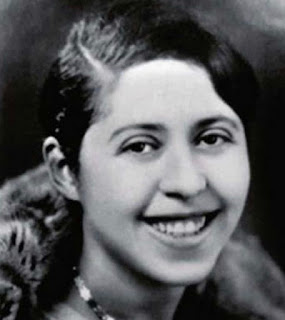 Irène Némirovsky was born in Kiev in 1903 into a wealthy banking family and immigrated to France during the Russian Revolution. After attending the Sorbonne in Paris, she began to write and swiftly achieved success with David Golder, which was followed by more than a dozen other books. Throughout her lifetime she published widely in French newspapers and literary journals. She died in Auschwitz in 1942. More than sixty years later, Suite Française was published posthumously for the first time in 2006. - from Vintage Press

New to me and I did enjoy the updates.

I read a lot of Irene Nemirovsky years ago. Once I read one, I had to keep on reading.

Mystica. Thanks for your comments

Marg, I started with Suite Francis about five years ago and fell in love with her work. I ended up reading 11 novels and several short stories