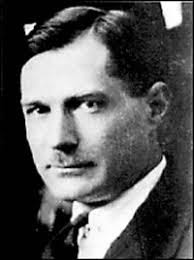 “Comrade Churygin Has the Floor”- A Short Story by

His novel, published outside of the country in 1922, We was the first literary worked banned by Soviet censorship.  He was initially very pro-Bolshevick but was horrified by the brutality of the regime. He received permission to leave in 1931 and joined the Russian Émirgé community in

“Comrade Churygin has the Floor” is a Mel Brooks funny account of a speech presented as being an account of the glories of the Revolution.

“My most esteemed citizens—and also lady citizens, who are giggling there, way in the back, in disrespect to the moment that is an evening of recollections about the revolution—I ask you, citizens: do you desire to join my recollections to yourselves as well? In that case, I will beg you to sit without any giggles and refrain from interfering with the preceding orator.”

The speech is being given in the home town of the speaker, Kuyman, in the Izbishchensk district, a remote very backwards area.  The speaker admits many were so ignorant as to follow the church.  He tells the audience of an “enemy of the people”, a landlord he calls “a spider” preying on the peasants.  He tells of the hardships during the Russian Civil wars with most of the men gone.  He mentions young men killed.  One man homing coming is ruined when he returns without legs.

The speaker things because a local resident Rasputin is very powerful.  He seems to have his history very mixed up at times with no real concept of national politics.

As the only way I am aware of to read this story is in the anthology I will close with a lengthy quote to give you a feel for the story.

“By and by, the former Christmas came around, then Shrovetide, frost, and thaw. And on Shrovetide my daddy receives a sudden letter from Stepka in the city. As we had no liquidation of literacy to speak of at that time, and the only reading man, as you might say, was Yegor, a peck of folks piled up at his house to hear Stepka’s letter. And Stepka wrote that it was now inconvert-ibly known at his factory that all the business about God was nothing but a superstitious fact; as against it, there was a book called Marx. Also, he said, a certain important killing had taken place in the capital city of Petersburg, and, therefore, he said, wait and see what big things happen next in the near future.”

Stepka is his brother. The killing is of Rasputin.

This is a very funny store which probably did not increase the author’s popularity with Soviet censors. Trotsky harshly condemned him.