"A Wet Day" by Mary Lavin 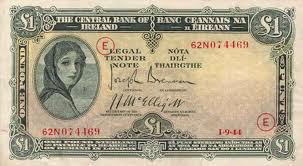 You can join up  in until March 31

The first phase of Irish Short Story Week Year Two ends on March 22.   From March 23 to March 29 I will focus on Folk and Fairy tales.  William Butler Yeats will be our guide.

On the last two days of the month I will keep it open for new ideas.  You can do a post for the event any time in March.  All you need do is post on one short story by an Irish author and send me a comment or and e mail and I will include it in the master post at the end of the challenge. 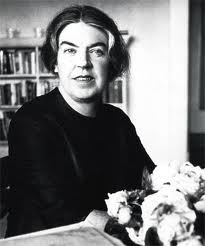 March 13, 1944 The British government bans all travel between England and Ireland, because they consider many of the people of Ireland in sympathy with the Germans.   Electricity, most foods, and most basic necessities are under strict rationing.   WWII at is peak.  Ireland official position is that of neutrality.

Frank O'Connor features two women writers in his The Lonely Voice:  A Study in the Short Story.   One of them is Katherine Mansfield and he does not really get her at all.   The only female Irish short story writer mentioned  is Mary Lavin.
Lavin was in fact born in the USA to Irish parents who moved all the family back to Ireland when Lavin (1912 to 1996) was ten.   O'Connor's chapter on her is really madding.   O'Connor's book on the short story is flat out brilliant but I think if he did a series of lectures on it now at Stanford University in California he would have been booed of the state for what he says about Jews, Gays and Women writers.

I am pretty sure Mary Lavin is universally viewed as the best 20th Century female Irish Short Story writers.   Lavin married a successful attorney and published her first collection of short stories in 1943.  O'Connor included "A Wet Day" in his 1957 anthology, Classic Irish Short Stories and in his 1962 book he says that was a mistake but he does not say why.

There are lots and lots of priests in the Irish Short Story.   The priest in "A Wet Day" comes off look very bad and totally selfish.   I am not inclined to relay the plot but it shows how abusive a priest could be with no recourse.  The story opens with a priest visiting one of the members of his Parrish and basically telling her that her lettuce crop looks bad, seemingly just wanting to hurt her feelings.  It ends with him causing the death of the husband of his niece for very unkind reasons that are very contrary to the dictates of Christianity.   The characters in this story come very much to life in just the few details Lavin provides.  The standard of writing is very high.   I hope to read more of her stories.