Richard the English - A Short Story by Selma Carvalho - 2018

You can read "Richard the English" here 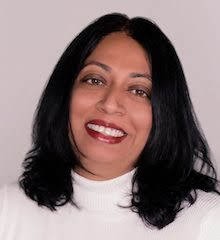 “Richard the English” by Selma Carvalho

Franz Fanon in his groundbreaking works on post colonialism, The Wretched of the Earth and Black Skin, White Masks helped me see how writers from once colonial societies often define their characters against  the culture of their former masters.  I first learned to see this through the work of Edward Said and saw how to use this point of view in deeping  my reading in Inventing Ireland by Declan Kiberd.  For sure we can see this at work in Selma Carvalho’s delightful story, “Richard the English”.

We never learn the narrator’s nationality, age, name or even for sure that the narrator is a woman, though it seems so.  All we know for sure is she lives in England and is not English. She moved to England ten years ago.  She has never been inside the home of an English person.  She personifies it with the term “English home”.

She decides to completely remodel her house, to convert the insides to her vision of an English house.  We know she seems to live on Mulberry Parade Street, located in the heart of central London.  As we can see in the quote below she has a vision of the English home based on literary and historical remembrances.

“I’ve never been inside an English home. Ten years I’ve lived here but I’ve never been invited to an English home. Of course, I’ve had glimpses of it, like today, whenever doors have opened in my presence. Left ajar so that I can have a quick look inside whilst walking down Mulberry Parade Street. Sometimes at night, light pours out from these half-open doors, onto the street, drawing me in. I’ve seen narrow hallways leading to stairwells, with boots lined against walls and brollies stuck in stands, but beyond that I have no idea what exists in an English home. I imagine the smell of scented baths and packet potpourri, of roasting lamb and wood fires. I imagine Tudor beams holding up history, the anguish of two World Wars staring from tables stacked with photographs, Dickens’s ghost wandering in the study, Constable’s pigmented browns gracing bedrooms, and William Morris’s return to innocence plastered over walls. But that’s just my imagination, isn’t it? I’ve got no evidence. Ah to be English. Jolly good.”

She hires Richard, to her the very embodiment of an English man, strong, reliable, capable.  He says he and his crew of three men can completely redo the inside of her house in three months.  They totally rip out the inside of the house.  As the job approaches completion, Richard stays late to get things done.  She is moved back in and begins to suffer anxiety over him leaving.  We don’t sense a romance or sexual feeling just a kind of longing to shore up her alliance to the English by keeping Richard around. He seems to make her feel secure.

The ending is interesting, puzzling, thought provoking and in a strange way funny.

On a personal observation, I live in the Philippines, an American colony up until 1946.  There are appalling to me advertisements on TV aimed at young women (we have three daughters 20, 23, and 25) which claim their products will make your skin lighter.  The obvious suggestion is lighter is better, more desirable.  This is a sad legacy of colonialism.  All of the media stars have much lighter than typical complexions.

"Richard the English" can be read in just a few minutes.  I highly recommend this story.

I hope to read more of Selma Carvalho going forward, especially her works on the Goan immigration to British East Africa.

Selma Carvalho is a British-Asian writer, columnist and author of three books documenting the Goan presence in British East Africa. Between 2011-2014, she led the Oral Histories of British-Goans Project funded by the Heritage Lottery Fund UK. Her short fiction and poetry have been published by Litro,  Lighthouse and online Mechanics’ Institute Review (Birkbeck) among others. Her work appears in several print anthologies including the London Short Story Prize 2017 Anthology (Kingston University Press, 2018) for which she was a shortlist finalist. Her short stories have been placed in numerous competitions, most recently highly commended for the University of Winchester Writers Festival SS Prize 2018. She is the winner of the Leicester Writes Short Story Prize 2018.

Selma Carvalho grew up in Dubai when the place was just an arid patch of land with a few houses huddled around the Creek to attest to the presence of life. After marriage, she lived for seven years in Minnesota, USA, which she describes as a natural berth for the liberal that she has always been. Although she has lived in the Diaspora for most part of her life, she feels she has never been anything other than a Goan.

This sounds like a good story to read when I have a break! Thanks for the link.

A Dickens ghost in every study: hah. I'm intrigued by your comment about the ending!