Fossil Men: The Quest for the Oldest Skeletons and the Origins of Humankind by Kermit Pattison. - 2020 - 534 pages- Narrative Nonfiction 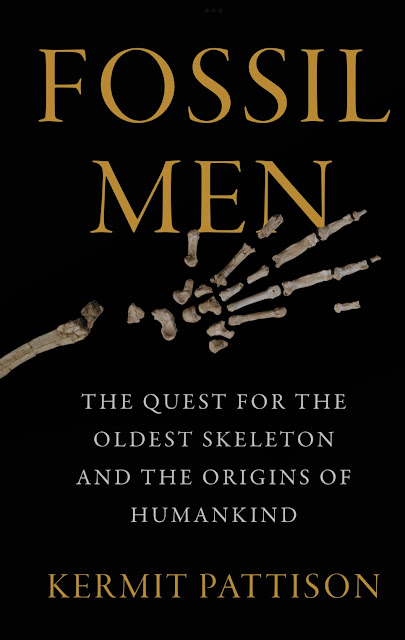 Fossil Men: The Quest for the Oldest Skeletons and the Origins of Humankind by Kermit Pattison. - 2020- 534 pages- Narrative Nonfiction

Fossil Men tells the story of the discovery of the fossil remains of human ancestors over a million years older than Lucy, dating back 4.4 million years.

In 1994 a team lead by a maverick genius among fossil hunters Tom White, lead a team in the Afar region of Ethiopia, a dangerous harsh region full of tribes that hated outsiders.

Radiometric dating of nearby rocks indicated the resulting skeleton, classified as Ardipithecus ramidus—nicknamed “Ardi”—was an astounding 4.4 million years old, more than a million years older than the world-famous “Lucy.

White and is team spent 15 years in secrecy researching the finds. His team found many more discoveries. Teaching at the University of California at Berkeley, White was embroiled in bitter disputes with other paleontologists, including the Leakys.

When White at last went public with his findings, they strongly challenged fifty years of orthodox academic doctrine about the origins of humanity. Orthodox paleontologist fought back.  We learn a lot about academic squabbling.

Ethiopian officials made fossil hunting difficult with regulations designed to keep all fossils in Ethiopia.

Pattinson goes into how we came to walk upright, how we developed nimble fingers and who our ancient ancestors were descended from.  In the process we learn about the evolution of Gorillas and Chimpanzees, their ties to humans.

Anyone interested in the ancestry of humans will find this book fascinating, as I did.

“Kermit Pattison is the author of Fossil Men: The Quest for the Oldest Skeleton and the Origins of Humankind. He has written for the New York Times, GQ, Inc. and Fast Company. Fossil Men is his first book. He lives with his family in Minnesota.”   https://kermitpattison.com/

This is my first time participating in the Historical Fiction Challenge hosted by The Intrepid Reader.  The rules of the challenge are here 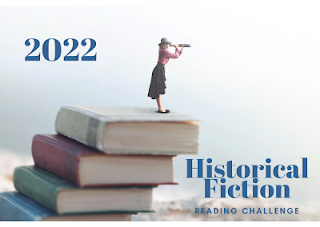 This is a book I'm very interested in finding out more about. Thanks for sharing it with us.