"Silence" and "Synge and his Family" by Colm Toibin 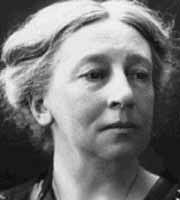 I am now firmly convinced that John M. Synge (1871 to 1909-most famously author of The Playboy of the Western World) is the third most important figure in modern Irish literary history.   I am still pondering how Lady Augusta Gregory, co-founder and patron of the Abby Theater, should be viewed.   Much of my current understanding of her was shaped by my reading of Lady Gregory's Toothbrush by Colm Toibin.  Clearly she was of at least two minds.   On the one hand she was deeply into Irish culture and on the other she as deeply aristocratic, she was very hard on her tenant farmers and basically romanticized the ordinary people of Ireland while looking down on them as individuals.

"Silence" is  the lead story in Colm Toibin's most recent collection of short stories, The Empty Family.   In this story, which does not let us know who it was about until a few pages have gone by probably so we will not prejudge Gregory, we see how Gregory viewed herself.   We learn of her long term adultery, we learn a good bit about her marriage, and we see how society viewed her.   "Silence" is a very good story.   I think it helps if you know something about why Gregory matters and once you do maybe you will be able to understand her motivations a bit better.   If you want to read this story, you can download the sample eBook from Amazon. 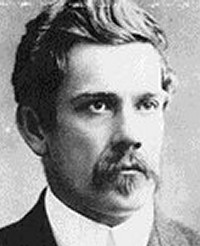 "Synge and His Family" is a biographical and literary essay from Toibin collection Nine Ways to Kill Your Mother.  ( I think in  Synge one should first read The Playboy of the Western World and then The Aran Islands, followed by the rest of his plays, there are only six and one is incomplete.)  Toibin's essay  is very interesting and I think anyone into Irish literature would profit from reading it.   He tries to "debunk" the notion that W. B. Yeats pushed Synge into going to the Aran Islands, explains his role as the "black sheep" of the family and his long term dependency on his mother.  HE also helps one to understand why his famous play was so controvesial when it was first produced.


Please share your experience with John Synge or Augusta Gregory with us.