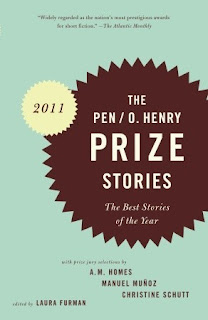 "Since she'd been in Kenya, Daisy had noticed that she was either being stared at as a curiosity or else pointedly ignored.  Only occasionally she's receive a look of hatred from a stranger".

One of the premier annual short story anthologies in the world is the Pen/O Henry Prize Stores collection.   These collections first began in 1919 and is open to short stories in American and Canadian magazines.    Inclusion in the collection is a great honor and some of the greatest writers of the world have been published in these collections.   I have decided to read through and post on all of the stories in the 2011 collection and then proceed to the 2012 collection.  The 2005 and 2006 collections are also available as E books and perhaps I will read through them also.    I only began to read contemporary short stories about two years ago so most of these writers, even though many are in fact very well known, will be new to me writers.  Very few of the stories can be read online but a lot of the writers do have web pages so maybe you can sample their work a bit.

My first story, selected  not quite at random, is "Pole, Pole" by Susan Minot.

Here is her official author bio from her publisher's web page 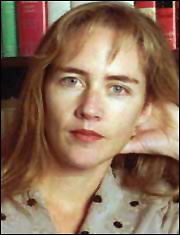 Susan Minot was born in Boston, Massachusetts, and grew up in Manchester-by-the-Sea, the second in a family of seven children. She studied writing and painting at Brown University and received an MFA in writing from Columbia University. After publishing short stories in The New Yorker and Grand Street, where she subsequently worked for the great editor Ben Sonnenberg, she was offered a contract for a novel by the legendary publisher Seymour Lawrence, who was to publish her next three books. His initial support for “a work of fiction” became Monkeys, nine stories which together make up a novel about the Vincent family, a New England family of seven children with a Catholic mother and Brahmin-background father. The stories cover twelve years in the life of the children, their mother’s “monkeys,” during which a tragic accident alters their lives. It was published in a dozen countries and won the Prix Femina Étranger in France in 1987.
The novel was followed by Lust & Other Stories, a collection about wayward artists and journalists living in New York City, particularly about the relations between men and women in their twenties and thirties having difficulty coming together and difficulty breaking apart.
Her third book, Folly, set in 1920s and '30s Boston, depicts a woman from a stifling Brahmin background and the two different men she falls in love with. The challenge Minot set for herself was to write about a place and society which had always disturbed her and to try to imagine how a woman could stay (and function) in that world.
In 1994 Minot was contacted by the director Bernardo Bertolucci, who wanted to develop a screenplay about an American girl visiting English expatriate artists living in Tuscany and having a “sentimental education.” Their collaboration resulted in Stealing Beauty, filmed in summer 1995, north of Siena. Minot was given the opportunity to continue polishing and learning on the set.
Evening, her fourth novel, is the story of a woman on her deathbed who, amidst the delirium, recalls a love affair she had forty years earlier. At twenty-five, while attending the wedding of her best friend on an island in Maine, she fell in love with one of the groomsmen. As her children wait and tend to her, she remembers every detail of those blissful three days, a time which emerges as the high point of her life. Evening was made into a major motion picture in 2007.
Minot's subsequent books are Rapture, a novella about a romance gone awry, and Poems 4 A.M., a collection of poetry. Having spent many years in one place, bent over paper writing, Minot then traveled for several years, in both Europe and Africa. She and her daughter now divide their time between North Haven, Maine, and New York City. When not writing, Minot paints.


"Pole, Pole" is set in Kenya and starts at party with a lot of expats and embassy people.   It is narrated in the first person by a young seeming woman.  She ends up going out to dinner with a crowd of people, to a place where they serve things like zebra, antelope, and ostrich meat.    She ends up leaving the dinner with one of the men in the party with whom she had felt an attraction.   As she rides in his car, she has to adjust to being on the wrong side of the road, in her mind.    As they enter the grounds of the house where the man lives a Masai warrior, who had to come to town to work, lifts his spear in greeting and opens the gate.   We flash forward to the couple in bed.  It seems almost like the narrator likes to try new men just like she likes to try new places.   She is a reporter there to do a story on Kenya, a reporter on life.   She asks him if he is worried about attacks from political groups and brigands.   He says no he is used to them.     He tells her his guard has three wives and nine children who live in Kibera, one of the largest slums in the world.     She was in fact there to film and report on  the children in an orphanage there.  She is from Darien, Connecticut and  she knows the man wonders what she is doing so far from home.   He asks her if she is just another thrill seeking tourist there to film and comment on African poverty.

As they talk, in bed after sex, she asks him if he as a wife or girl friend.  He tells her he has a wife.   She asks if he has children.  It is almost like an interview.  There is little if any feeling of an emotional connection.  He is just part of her  tour.   There is a violent encounter of the man and a young boy.  The woman assimilates that and adds it to her data bank.   She learns the word "pole" is an expression of pity.   It can also mean be careful or sorry.

There is much more in this story but I will leave it unspoiled for potential readers.

"Pole, Pole" is a very interesting story about being a spectator in a culture other than your own, about trying not to judge when you know you cannot help it.  It also gives us a feel for the streets of Nairobi.   I would be happy to read more of the work of Susan Minot.

Please let us know your experience with annual best of short stories antholigies.

Mystica. You are right. Thanks as always for your comment.

I loved Minot's book 'Monkeys'. I read it years ago and still remember the ending vividly.