"The Naked Woman" a short story by Thomas Hubschman 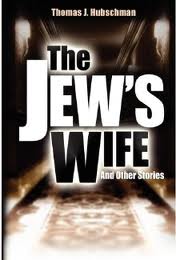 "The Naked Woman"
by
Thomas Hubschman


I an very happy that Thomas Hubschman has given me the honor of publishing this short story from his great collection The Jew's Wife and Other Stories.

Hubschman is a great short story writer, a master at the craft.   I recommend his work to any and all.  He writes, to my mind in the tradition of Ivan Turgenev and Anton Chekhov.


Thomas J. Hubschman is the author of Look at Me Now, Billy Boy, My Bess and The Jew's Wife & Other Stories and three science fiction
novels. His work has appeared in New York Press, The Antigonish
Review, Eclectica, The Blue Moon Review and many other publications.
Two of his short stories were broadcast on the BBC World Service. He
has also edited two
anthologies of new writing from Africa, Asia and the Caribbean.


My review of his collection is here


You can learn more about him and his work on his webpage and his two blogs, one devoted to his music.

Another great story and new to me writer. Your blog has definitely become the go to place & champion of shorter fiction. Congrats,
Parrish.

Enjoyed this - shows the complex dynamics of a long term relationship, including its cruelties, compared with simpler infatuation