"The Heart of Denis Noble" by Alison Macleod

"Every part of a story contain every other part"

"My ability to dowse for the voice of a story or novel, to hear it and trust in it, feels like a gift. Literary craft and technique are vital. Research is often crucial. But the voice of a story is its essence or spirit. I'm its conduit. I'm both less and more myself as I write. At its most powerful, a story, like a fire, eats up all the air in the room. Its life is perhaps the thing that makes me feel alive."  Alison MacLeod 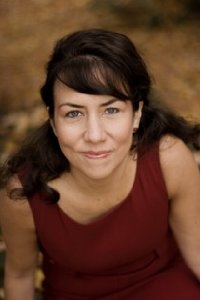 "The Heart of Denis Noble" by Alison MacLeod (UK) is a simply marvelous work of  the story teller's craft by a writer of transcendent artistry and brilliance.   By a series of skip backs in time she tells the life of Denis Noble, a Professor of Cardiovascular Physiology.   Macleod takes us from inside his mother's womb, to his days with his working class parents, through his college days and his first romances to his stream of consciousness as he goes under in preparation for heart replacement surgery.   If the story were simply told in a linear fashion it would be a great story but what makes it so powerful is the way Macleod leaps back in forth not so much in time, anybody can do that, but in Noble's  changing memory of the past as he ages.   We are following his consciousness as he travels back in forth while under the influence of the medication he is given to get him through his operation.   As the story begins, we learn of the heart that is flying on its way to him in an air ambulance.   We learn the procedures for transplanting a heart.   MacLead uses great details to make us feel we are in the operating room.   We then learn through the meandering reflections on his past of Denis what is done with a sheep's heart after it is butchered. He worked at a slaughter house in his  young days.  We learn a little bit about how he became a famous Professor but a lot is left out, a master's touch.  We reflect on the differences between the jobs of the surgeons and the
"slaughter-men"   The scenes describing the butchery of animals, the occupation of his younger days are an amazing counter point to the operating room.   Going deep enough we know the skills to butcher a sheep and remove its heart intact are historically linked to heart transplants.   In the long ago the heart was removed from sacrificial victims by priests, now the hooded doctors are the priests.

As he begins to drift off under the anesthesiology treatment, he begins to hear the music he selected for his operation, the second movement from Schubert's Piano Trio in E-Flat Major and he thinks of his days as a student in bed with a woman, he hears her voice in his ear

But when her fingers find him beneath the sheet, they surprise him with a catheter, and he has to shut his eyes against the tears, against the absurdity of age."


There are a lot of wonderful things in this story.   I do not wish to give the full plot as I hope my readers will one day experience this story for themselves.   We are there in 1940, he was four years old, when he returns to perhaps his real first memory, when his family house in England was hit by a German bomb.    Of course this memory is not a pure memory but one reconstructed from years of retelling, first my his parents then by himself.   This story is very much about the ways we remember and reconstruct out past and how small past moments never leave us.

There are some very interesting remembered conversation between Denis and his girl friend while in college.  She was a literature major.   If one were to attempt to "deconstruct" this story I think in the remark made by the girlfriend to Denis (he remembers best the conversations he had with her while in bed) MacLeod has given us a strong clue - "Every part of a story contain every other part".  There are several distinct subsections of the story, in the operating room, Denis as a child, working in the slaughter house, being with his family and in college.   Each of these stories contains the basic thematic elements (not an expression I like but I will use it) and each informs the other.

Only three and half real time hours pass in this story but we see sixty plus years of his life, we also skip over huge parts.  On a personal note I felt a shock of recognition  when as he comes back to consciousness after the operation his wife says to him "You came back to me".  Two years ago I went into a coma for several minutes with zero visible brain activity after three cardiac arrests caused by a horrible case of pneumonia.   The doctors told my wife to pray as there was little they could do and that almost no one ever comes back after what I have been through.   I emerged from it and the first words my wonderful wife said was "You have come back to me".    I shared this with my wife and we both felt the real power and stark verisimilitude of this.

"The Heart of Denis Noble" is a flawless story.   We travel deeply into the consciousness of the central character.   We know his core experiences in life.   We see them linked to instances of violence as in the bombing and the butchery of the animals or sexuality.

There is much more in this story and I think anyone who reads it will be glad they did.

I wish to thanks Max u for providing me with an Amazon gift certificate which allowed me to read this story.

There is a very interesting interview with Alison MacLead here

She has a fascinating article in The  Guardian in which she tells us of her ten top short stories.

Alison MacLeod grew up in Montreal and Halifax. She is the author of two novels, The Changeling(1996) and The Wave Theory of Angels (2005). Her work has won Writers' Awards from both the Canada Council and Arts Council England. In 2008, she was won the U.K.'s Society of Authors' Olive Cook Award for Short Fiction, while her story collection Fifteen Modern Tales of Attraction was long-listed for the International Frank O'Connor Award in that same year. In the UK, it was also named as one of the 'Top Ten Books to Talk About in 2009' in association with World Book Day. Her short stories have been widely published and broadcast in Canada and the U.K. by Prospect, the Ottawa Citizen, Virago, Bloombury, London Magazine and the BBC. Alongside her writing, she is Professor of Contemporary Fiction at the University of Chichester in England. She lives in Brighton and returns home to Canada twice a year.

I read this story in The Best British Short Stories 2012,edited by Nicholas Royle.

I look forward to reading much more of Alison MacLeod's work in the near and distant future.

It's great to read a review of a short story. This one does sound fantastic. Have never read anything by this writer before, although I've been thinking about buying that Nicholas Royle collection. Maybe it's time to do so now! Thanks for the review.

Have this collection, although have yet to read it.