The Shadow of a Gunman  by Sean O'Casey (1880 to 1964, Dublin) seems to me one of the most important dramas of the modern Irish stage.  Declan Kiberd in Inventing Ireland:  The Literature of the Modern Nation devotes over fifty pages to this work and Juno and the Paycock. 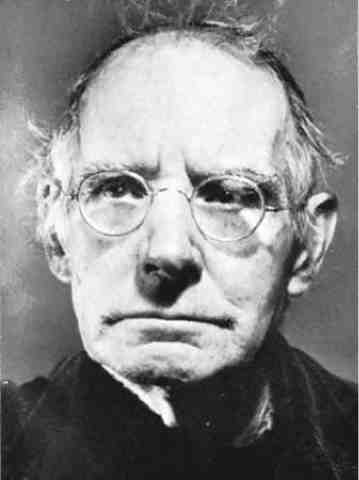 The Shadow of a Gunman  is set in the tenements  of Dublin during the 1916 uprising against British rule.   People live crammed together in very close quarters in which people know the business of their neighbors.   It is a very dangerous time in which a mistaken impression of a person's political loyalty could get you shot, the shadow of the gunman is everywhere and all live in fear.   The language of this play has great lyrical beauty, even the stage directions are a pleasure to read.   One of the characters is a poet and I greatly enjoyed his verse.  We see the power of landlords and the constant fear of eviction.  A rumor begins to spread in the close quarters of the tenement that one of the residents is a gunman for the revolutionaries.  If government informers here this, it might mean that soldiers or local auxiliaries will bye sent in to find him which could produce violence that would be dangerous to all in the area.
One of the central characters in the play, Minnie, is a prostitute.   Minnie has no fear of speaking her mind about Irish men, a topic she knows quite a lot about.  In a way, she is the bravest most noble person in the play.  I think most people seriously into Irish literature have already read this core drama.
There is a lot of discussion about the nature of Irish society and what it means to be Irish in the play.  One line after another is just perfectly done.  This is a very important play, the language is a joy to read, the characters are very well done and the plot action brings some very dark and dangerous times to life for us.
I have also on my read soon list O'Casey's Juno and the Paycock  and The Plough and the Stars.  I hope to read them both year and I would love to see them preformed in Ireland.
Please share your experiences with Sean O'Casey with us.
Mel u