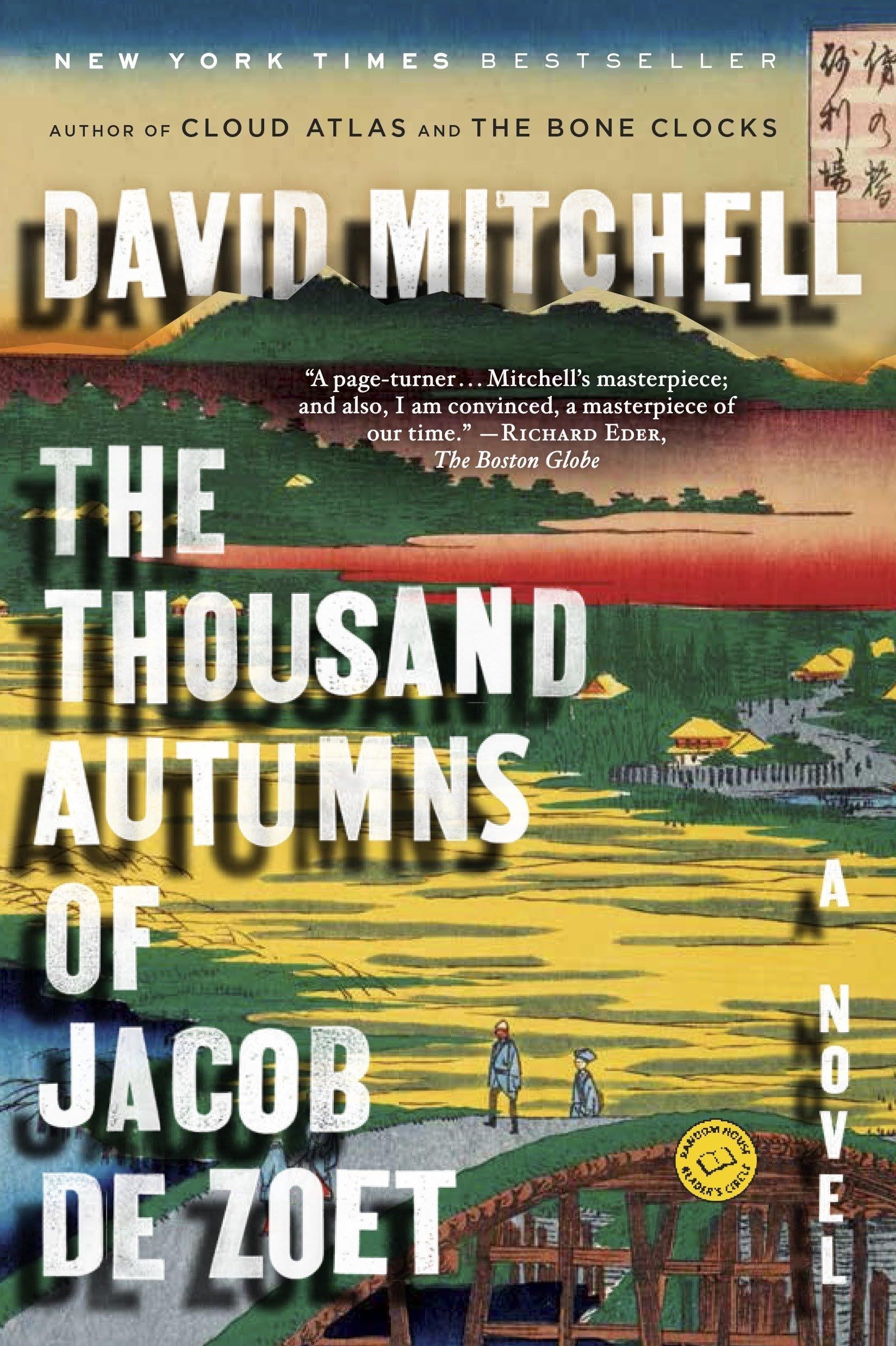 Gateway to David Mitchell on The Reading Life

The Thousand Autumns of Jacob de Zoet is the third novel by David Mitchell I have had the extreme pleasure of reading.  The previous two works, first Bone Clocks and the Slade House are more or less fantasy genre works, drawing us into alternate worlds, playing with occult theories.  The Thousand Autumns of Jacob de Zoet is set in late 18th Century Japan, focusing on the interface of traders from The Dutch East India Company, based in Java, and Japanese with whom they do business.  Interpretors are very important and Mitchell marvelously shows us the struggle of each group to understand the other.  Of course the Japanese and the Dutch Merchants are striving to out do each other.

Jacob de Zoet, there are about fifty characters, is a clerk, he left his beloved finance back in the Netherlands, telling her he will return rich within six years.

Of course the Dutch men want female companionship, some take temporary wives, other turn to professionals.  Jacob falls in love and from this spins much of the plot.

There is an abundance of fascinating detail.  The world depicted is as far from our reality as any fantasy world.  I learned a lot about Merchants in Japan, a very closed to outsiders society.

I highly recommend this book.  The account of what happened to the Japanese woman Jacob lived is transfixing once we fully understand, I wondered if things like that did happen in Japan during this period.  We see how each group views the other with deep distrust and at best half understandings.

I will next read his Black Green Swan then  Color Atlas

David Mitchell is the award-winning and bestselling author of The Thousand Autumns of Jacob de Zoet, Black Swan Green, Cloud Atlas, Number9Dream, Ghostwritten and The Bone Clocks. Twice shortlisted for the Man Booker Prize, Mitchell was named one of the 100 most influential people in the world by TIME magazine in 2007. With KA Yoshida, Mitchell co-translated from the Japanese the international bestselling memoir, The Reason I Jump. He lives in Ireland with his wife and two children... From the author's websitd
Share