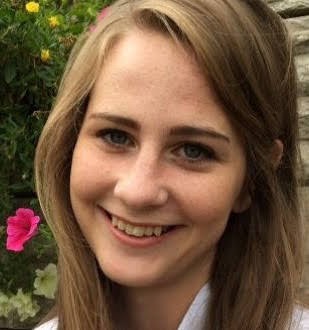 The Reading Life Gateway to Ireland

William Butler Yeats is the greatest poet of the 20th century, to me one of the best  of all time.

All were born in Ireland and their works manifest very deep roots.

Ireland had given birth to four Nobel Prize Winners and six winners of a Booker Prize.

I have since I began my Blog in July of 2009 done 635 Irish related
Posts.  Far more than writers from any other country. I have done Q and A sessions with some eighty Irish born authors.  If anything is of lasting value on my blog, it is these posts.

All this from a country with a population of about 4.7 million.

As it has been for eight years, March is Irish Short Story Month on The Reading Life.  This year I hope to read and post on some stories by new to me Irish Women Writers and hopefully a few by old friends.

The first story for this year's Irish Short Story Month 'What Feminism Is': was the 2017 Séan Ó Faoláin Competition winning Short Story  by Louise Nealon, the author's first published story.

In this story, which you can read on The Irish Times (at the link above) a young woman, maybe midtwenties, we are vicariously in bed with her during a sexual encounter with a man she has not previously slept with.  We sense casual encounters are part of her life style.  She seems a bit bored with the man after things are over.  I laughed when she talked about, the story is structured as an interior monologue, how she liked to stick her fingers in men's ears to see their reaction.  Maybe she seems a feeling of reciprocal penetration and she likes seeing their reaction.

The next time she runs into the man,working on his PhD, he is with his girlfriend.  She did not know of her.  Jointly they edit a university literary journal.  The woman has been widely published and we sense more literary than sexual rivalry.

We sit in as the woman goes over how the encounter with her £50 pound an hour therapist.  She changed sex to just a kids in talking to the therapist. The woman is writing a story about the encounter, she sent the man a copy.

"I decide to read my story to the woman who my family pays fifty pounds an hour to listen to me. My woman. That’s what I call her if anyone asks me where I’m going on Saturday mornings. If I use the word therapist, I say it ironically with a wry smile and make a joke about being in a Woody Allen movie. She is a soft-spoken, older lady who looks like she shops in Marks and Spencer and smells of talcum powder and scented candles. She always asks me how I am when I sit down in the chair opposite her, and I smile and say, “I’m grand, how are you?” as if to trick us both into thinking it’s a normal conversation."

We come to understand a bit of how the woman uses layers of irony to understand herself.  Nealon had shown us things about the woman she probably does not really know about herself.  Family affluence has allowed her and her classmates to have a kind of extended childhood in which extended self reflection plays a large part.  We also see her interesting relationship with her mother.

"What Feminism Is" delighted me with the way we could through the author's thoughts see events in a Belfast literary world.  The woman is from the south and that adds another element to the story.

I read this story once a day for three days.  I highly recommend it and hope to follow the author's development for a long time.  She has a second story online and I hope to read that soon.

Louise Nealon is a 26- year-old writer from Co Kildare. She studied English literature in Trinity College Dublin, and then completed a Masters in Creative Writing at Queen’s University Belfast in 2016. She lives on her family farm where she divides her time between reading, writing and milking cows. This is her first published story.