“I  would never join a club that would have a man like me as a member". Groucho Marx 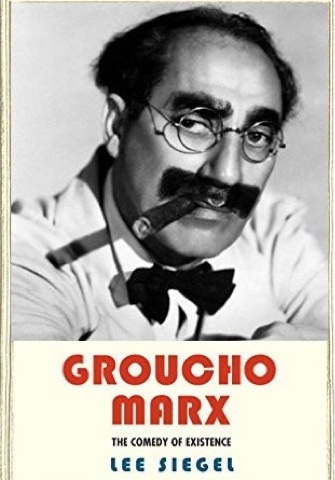 Groucho Marx The Comedy of Existence by Lee Siegel is part of the Yale University Press Jewish Biographies series. It is not a standard biography but an attempt to place the humour in the movies of the Marx Brothers in the context of Jewish history, humour and culture.,A lot of time is spent on the New York City upbringing of Groucho and his brothers.
This is book is very much an in depth cultural examination of great films like A Night at the Opera, Duck Soup, Animal Crackers, Horse Feathers, A Day at the Races, and Coconuts.  Siegel treats Groucho, the central figure in all the movies, as flouting convention and respectability, maybe attacking the Goy society that he knew looked down on Jewish actors and comedians. 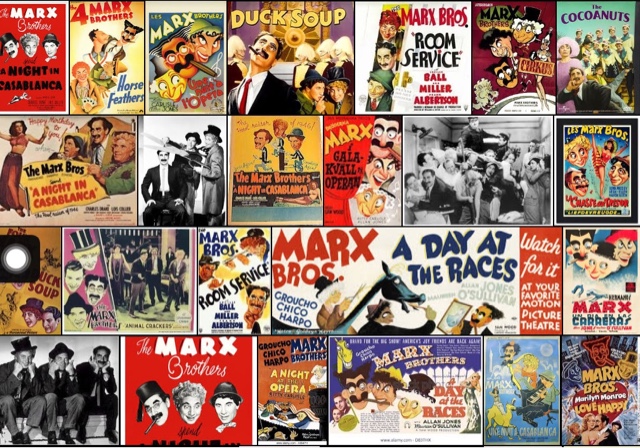 A lot of space is devoted to Groucho's attitude toward women.  You can see some of this in a scene where the brothers are getting treatments  at a fancy salon.  Notice the very handsome very blond totally Goy man in the center.  He and Groucho were sort of partners, the blond  representing conventional society and Groucho, Harpo, and Gummo the outsiders.  The boys are for sure hoping to cop a few free feels! 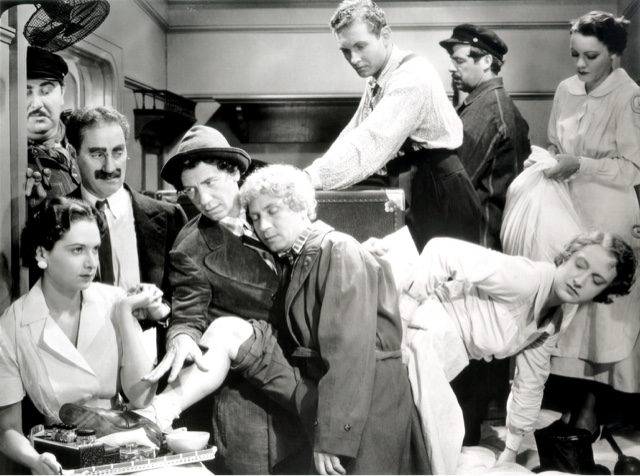 Siegel talks a good bit about Jewish homour and its self deprecating nature.  This humor was often partially misogyistic, with a wife  seen as the millstone around your neck.  In my reading of Yiddish literature this seems a cogent analysis. 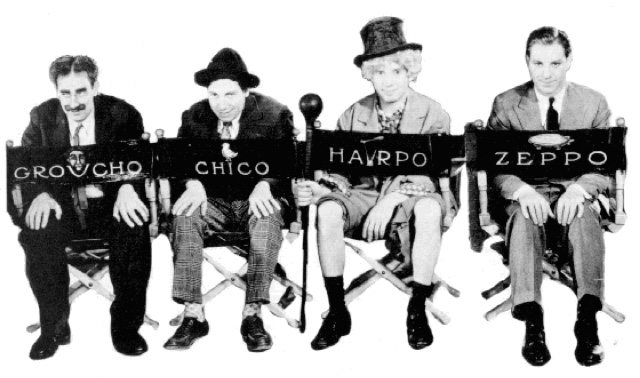 Groucho Marx The Comedy of Existence increased my understanding and appreciation of their movies.  I hope they are shown on cable here soon.  Siegel helps us understand their role in Jewish culture. I loved the description of the relationship of Groucho and T. S. Eliot.
The book is repetious.  It seems like it might have been based on a college class where each lecture repeated the main points.  At times I wondered how the brothers would react to a heavy intellectual collegiate treatment of their films.  I visualized Harpo eyeballing the crowd for nubile coeds, Groucho dragging the professor into nonsensical arguments.  Siegel also assumes Groucho controlled fully tne content of the movies, discounting directors and producers.
I was given a review copy of this book.  I recommend it to those very into the Marx brothers who want to do more than just enjoy their crazy movies.  It increased my understanding of the nature of New York City theater and Jewish preforming arts.
Lee Siegel, author of five books and the recipient of a National Magazine Award, writes about culture and politics for the New York Times and the Wall Street Journal, among many other publications.
Mel u