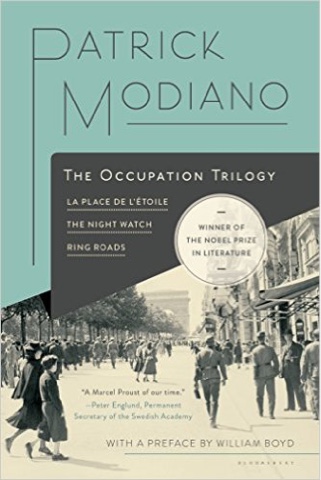 Patrick Modiano's (born 1945, France, Nobel Prize 2014) fiction on the Nazi occupation of Paris moved the Nobel Prize Committee to award him the the Nobel Prize in 2014.  The Occupation Trilogy is not a three part work, it is simply three novellas set in Paris during World War Two published in one book.  (I have read and posted on Iréne Némirovsky's fiction set in France  during the early part of this period.)  My first venture into the oevere of Modiano was in his After the Circus, a very interesting work.  La Place de Létoile is much better. 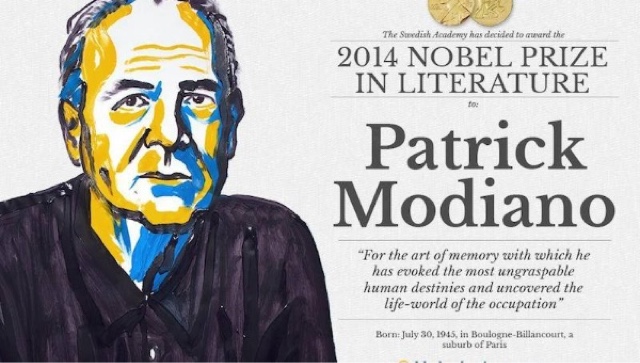 An appreciation of La Place de Létoile  would be enhanced if one had a good working knowledge of the history of French literature.  The narrator presents and views himself as a man of great culture.  After reading the work I read a few online reviews.  I found the review in The Telegraph for sure far exceeded my ability to give a brief account of the very great depth of this work so I shall share it

As I read this I as brought to mind Coco Chanel living in the Ritz Hotel in Paris, fawning over Gestapo Officers.  The work also brought up the themes in Memoirs of an Anti-Semite by Gregor Von Rezzori

Behind both of these wonderful works of art is the exposure of the war on the Jews as a war on the reading life.  Much of the great literature that defined the mental world of the narrator of Le Place de Létoile was written by Jews.  Exaggerated sexuality plays out in these works as a compensation for the deep partially hidden from the narrators lack of self determination brought about by their anti-Semetism and their capitulation to the barbaric ideology of the Nazis.   Anti-Semitism was very much embedded in French society long before the occupation.  Many French citizens welcomed the removal of French Jews.

I will reread this book for sure.  I hope soon to read the other two works in The Occupation Trilogy. 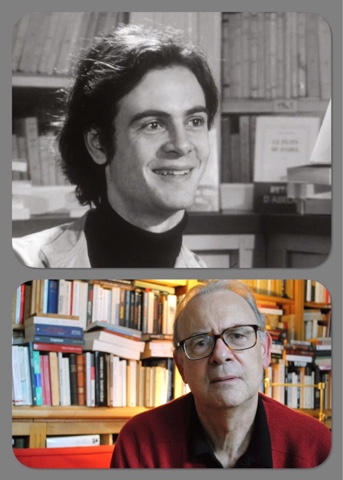 I have been wanting to read the Occupation Trilogy for a little while now and your review has given me the push. Thanks for that and for an insightful write up.

Vasishnavi Rajendran. The occupation trilogy along with the fiction of Itene Nemirosky are the best literary pictures of Paris under the Germans I am aware of. Thanks very much for your comment