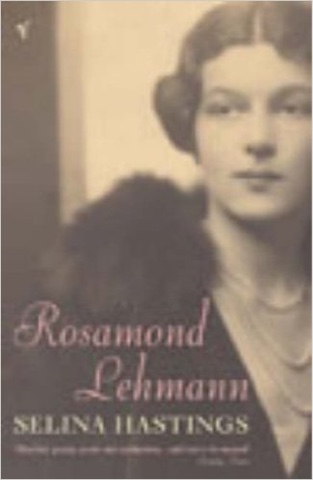 Just a few days ago I read my first work by Rosamond Lehmann, An Invitation to the Waltz.  I am now reading her first novel, which was received with great acclaim and made her famous, Dusty Answers.
I greatly enjoy reading biographies of authors.  A good literary biography has to find a way to talk about the tale without losing the teller.  The temptation for biographers is to work backwards from the works and derive the writings of an author from her or his life experiences.  The literary biography is getting off to a very good start in the 21th century.  Recently I have read and posted upon very good biographies of Marcel Proust, his translator C. K. Scott Moncreiff, Colette, the Italian writer, Elsa Morante, Constance Fenimore Woolson, a neglected American writer, the incomparable Clarice Lispector and Iréne Nemirovsky.  Selina Hasting's Rosamond Lehmann is a suberb edition to this list. 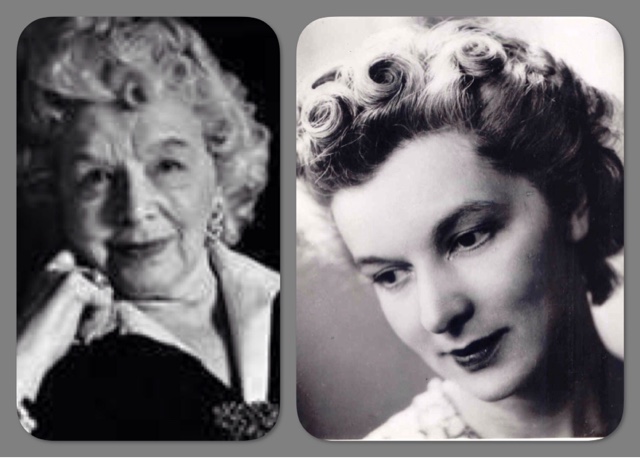 Lehmann (1901 to 1990) was born into an affluent family.  Her father was the founder of the literary journal Grata, a liberal member of parliament, a world class rowing coach and a pretty decent father.  Lehmann grew up pampered living a beautiful house on a river.  She was home schooled up until she entered Cambridge, just about the time women were first granted degrees.  She had a deep love for literature, particularly the great Victorian writers.
Hastings tells us that as a writer and a woman Lehmann was always somehow in the not completely benevolent shadow of her great beauty.  (When I read this I thought of Clarice Lispector.)  She published seven novels, a collection of short stories and a spiritual autobiography.  She frequently lectured and was a vehement anti-Fascist.
Once Lehmann graduates from Cambridge, Hasting structures the central part of the biography as an account of the men in Lehmann's life and the vagaries of her relationships.  She married in 1928, Wogan Philipps, Second Baron of Milford and an accomplished  artist.  They had two children, a son Hugo and a daughter Sally.  The marriage slowly disintegrated as the husband became deeply committed to communism and fought in the Spanish Civil War.  They divorced and she never remarried. 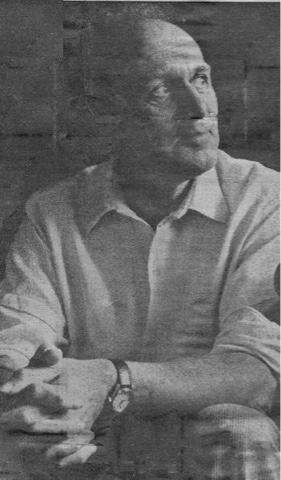 Wogan Philips
She had four long term love affairs, in each case her lover left her, sometimes for another woman.  Her longest romance was a nine year relationship with Cecil Lewis, a post Laureate of England.  She never got over the extreme almost unbalanced bitterness she felt toward Lewis, who was in fact married to another woman for the duration of their affair, when he left her for another woman, a well know actress.   Lehmann like and needed male validation of her beauty and sexual charisma.  I was surprised to learn of her brief fling with the James Bond Ian Fleming, on two trips to Jamaica. She has her share of short term relationships. 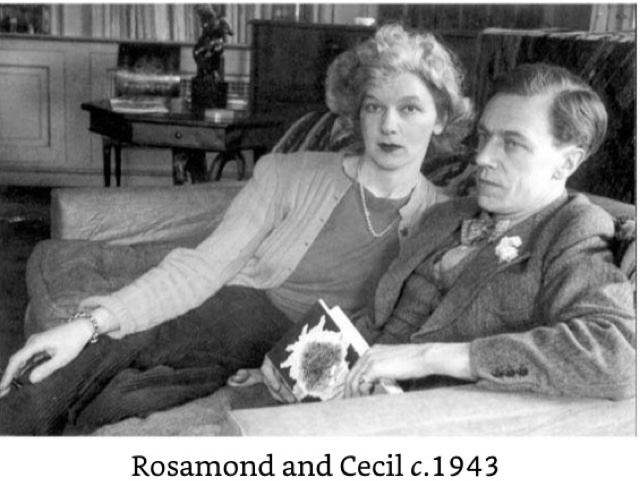 The biggest tragedy in the life of Lehmann was the death of her beloved daughter Sally in 1958.  Sally, also called STH,  was living in Indonesia where her husband had a government position. She died of a virus.  This event pushed Lehmann into a thirty year involvement  with spiritualism.  I learned, and it made perfect sense, that Spiritualusm first came to favor in England because of all the deaths of young men in their prime in World War One.  Of course Spiritualusm was fraught with many charlatans who claimed to let you communicate with the dead.  Lehmann for many years would write out letters from her daughter detailing the after life and was deeply involved in Spiritualusm.
Hastings has a personal connection to Lehmann and I greatly respected her keeping this for the end of the book.
For sure Hastings, who is deeply knowledgeable about the era, loves the work of Lehmann.  Lehmann. was  not, as I perceive her, always a joy to be around, she had a large ego combined with a strong need for male validation and a phobia of abandonment that impacted all her relationships.  She was highly intelligent, very into the best of literature, conscious of the power of her beauty, maybe as she aged a bit deluded on this, in need of validation from high status literary men, knew every body who was anybody in England, a writer of sublime power.  At her very best she belongs in the top ranks of 20th century writers.
There is a huge amount to be learned from Rosamond Lehmann A Life by Selina Hastings.  I strongly recommend it to all with an interest in the period. It is the very model of a literary biography. I would suggest you first read at least her Invitation to the Waltz.
I have begun Hastings biography of Somerset Maugham, a close friend of Lehmann who stayed at his chateau in the south of France on several occasions.
Mel u

"Selina Hasting's Rosamond Lehmann is a suberb [sic] edition to this list."

I don't doubt that it is a superb edition - Hastings is a graceful writer; I'm currently reading her biography of Evelyn Waugh, and her book on Nancy Mitford I'd like open this year as well.

However, may I recommend changing "edition" to "addition"?