"The Assignment" by Saadat Hasan Manto


Short Stories of the Indian Sub-Continent

The Reading Life Guide to The Indian Short Story

"The Assignment" can be read here.


My great thanks to Rohan for this link whose  great blog "The Rest is Still Unwritten"  I follow. Rohan's blog is  consistently a first rate very well informed and balanced  source of information on the culture and politics of the Indian Subcontinent.


This is my fifth post for a  new permanent event on The Reading Life, short stories of the Indian subcontinent.   There is no literary culture with roots older than that of India.   I will always admire Edmund Burke for telling the English that they had no right to govern a region whose culture is much older than theirs.  Many of the geographic boundaries that created these countries were created by the British or are consequences of their misrule.       Some of the writers featured will be internationally famous, such as Salmon Rushdie, Saadat Manto,  and R. K. Narayan but most of the writers I post on will be authors on whom there are no prior book blog posts.    There are numerous books and academic conferences devoted to exploring the colonial experiences of India and Ireland and I will look these stories partially as post colonial literature.   My main purpose here is just to open myself up to a lot more new to me writers and in this case most will be new to anyone outside of serious literary circles in the region.  Where I can I will provide links to the stories I post on but this will not always be possible.


Saadat Hasan Manto (1912 to 1955, born in Lahore, Pakistan and with long term ties to Bombay) is considered the greatest of Urdu language short story writers.   Most of his best known works centered on the horrible human costs of the partition of India).  He began his literary career as a translator of the works of writers like Victor Hugo, Oscar Wilde,  Nikolai Gogol, and Anton Chekhov into Urdu.  (I think he translated the English versions of the Russian writers but I would like to be corrected if I am wrong in this.)   His stories are dark stories about a very dark period of history.   Much of the blame for what happened belongs on the shoulders of the British. 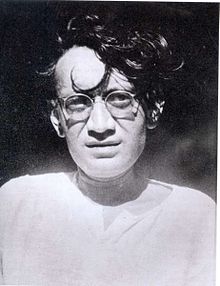 "The Assignment" is a heartbreaking story of betrayal, of evil returned for generations of good, of senseless violence and meaningless cruelty and deaths of the innocent, deaths with no reward but the temporary satiation of blood lust and religious hatred.

There is a sad paradox about religious hatred.  All major religions advocate kindness toward fellow humans, none advocate the killing of children of religions other than your own but this is what religious based political views lead to in India after Independence (and of course in countless other places and times in history).


The story is a very simple one.  (I feel bad as I wish everyone could read this story but it is not, as far as I know, available online.)   A man once helped in a very important way a another man who was a member of another religious group and for many years afterwards the helped man made a gesture every year toward the family of the other man to show his gratitude.   It was a cross religious bond that meant a great deal to both families and both used it to teach their children to avoid the hate that consumes so many.   I will tell the ending here as few will be able to read it and the story is so beautifully crafted that this will not spoil it.   One day the grandson of the helped man comes in his place to the other family and tells them his grandfather is no longer able to come.   They talk of the great family bonds.  As the man leaves in a scene stark with terror, the grandson tells a group of men outside the house, carrying torches, that he has done his duty and points out the house of their religious enemies.  The men say they will now do their duty and we know the family will all, including young children with so much respect for the grandfather, probably die in the fire when their house is set ablaze.


This is a story of horrible betrayal and pointless cruelty  told in a beautiful  way.   If you can read this story, I wish you would.


I read this story in Passages:  24 Modern Indian Short Stories edited and introduced by Barbara Solomon and Eileen Panetta.   This is a very good reasonably priced book with one serious flaw.   The table of contents lists only the story name, not the names of the authors.


Please share your experience with the work of Manto with us.


You can find more about his life here.

This is my participation for this week for Short Stories on Wednesday, a great event run by Nancy C. of Simple Clockwork.

Mel, this is yet another fine choice for your "Short Stories of the Indian Subcontinent" event though, I admit, I have never read Manto before. His writings were greatly influenced by India's partition and the events preceding and succeeding it. I think his stories, in translation, are available in bookstores in Bombay and certainly elsewhere in India.

Like you, I too look for the elusive short story from various regions of the world. If you'll excuse the plug, I recently wrote about "The Vampire" a six-page short story by the Czech intellect Jan Neruda.

Prashant C. Trikannad -I read your post on Neruda, a new to me writer-I appreciate you sharing this with me and you are at all times welcome to post links on my blog-good to see you getting into short stories-Manto's most famous story can be read online in the link found in the post I referenced at the top of this post-thanks as always for your comments-

I wish whole of Manto was online...he is one of the few reasons I wish I knew urdu...

Rohan. Thanks so much for this link. I will add it into the body of my post. Do you know of more links to his stories?

I really appreciate it, and this resource is really useful for us. Thanks for sharing.

What a matter of chance, that I read this very story at a local library here in Old Delhi. It moved me profoundly. Before this I had never heard of the man. Manto had an amazing style of writing. He was way ahead of his time. He was little appreciated during his life. But I will always remember, as you pointed out the "horrible betrayal and pointless cruelty" that hatred can bring about.

Wow! It is wonderful to see somebody blogging about Manto. Most of his partition pieces are collected in a volume called Syah Hashiye (Black Margins). It is a masterpiece. If you get a chance, do read it.

A small rectification if you do not mind: When Manto was born, Pakistan wasn't even created so his birthplace should read: Lahore (Undivided India, now in Pakistan). It is a minor point but tells us so much about the tragedy of the sub-continent and of Manto's life too.

Thanks for visiting my blog. Now I'll go and read your other posts.

Love it that you featured this unknown-to-me author. Thank you.