"How to Leave Hialeah" by Jennine Capo Crucet 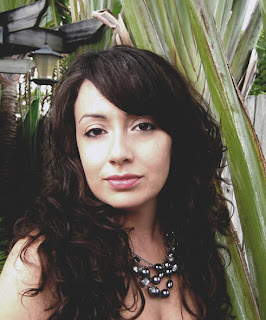 "How to Leave Hialeah" by Jennine Capo Crucet (Miami, Florida, USA) is included in The Pen/O. Henry Prize Stories 2011 and I am very glad it was as otherwise I might have never learned of her work.

Jennine Capo Crucet was born to Cuban parents in 1981 and was raised in Miami.   Her debut collection of short stories, How to Leave Hialeah, won the Iowa Short Fiction Award and several other prizes.   She has been published in Ploughshares, Epoch,Gulf Coast, and The Southern Review, among others.  She is a graduate of Cornell University.  She is currently an Assistant Professor of Creative Writing at Florida State University.

A very good friend who I have not seen in years but keep in touch with via E-Mail has the exact same roots as the author of this story and we often talk about the experience of growing up "Cuban-American" so I felt I had a personal "hook" on this brilliant story by a writer who might turn out to be among the American greats of the short story.

The story is narrated as if the young female speaker is talking to a good friend.   The story is very much about family, about growing up as a hyphenated American, a Cuban-America in a city now dominated by immigrants.   She wants to get out of Hialeah, a heavily Cuban section of Miami, because as long as she lives there she will be a child of her parents who want her to stay Cuban even though she wants to become a
"real American girl".   She has a sort of boyfriend when we first meet her at age 15, he is four years older than her and her parents want her to stick with this "nice Cuban boy" and marry him when she turns 18.  He on the other hand, suggests they engage in anal sex so  she can stay technically a virgin.   There was something really shocking and powerful when the girl, who we and her parents think, is totally innocent, relays this news to us.

As the story goes on we see her go off to college, find another boyfriend, tell us she has had sex with 1.5 boys?, she goes to college,  we see her get a job and move up north.   She tells herself nothing will ever change back home in Hialeah but it does and so does she.   This is just a wonderful story and I hope to read more of her work in 2013.

I really enjoyed this story a lot.  It took a little while for it to work its magic on me but once it did I was quite captivated.

Here is a link to her very well done web page where you can learn more about her life and work and read two of her short stories.

There is a very interesting interview with the author here

Jennine Capo Crucet will be added to the list of authors whose work I am following.