A Question and Answer Session with Patrick Semple 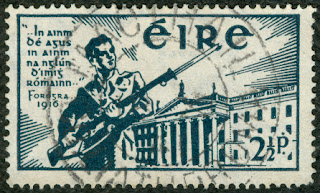 Patrick is a former Church of Ireland clergyman and the author of two volumes of memoir, a novel, travel book and two collections of poems. You can find out more on his website: http://www.patricksemple.ie/
Patrick’s books can be purchased directly from his publishers Code Green, or from the usual online outlets.

The three best ever? Chekhov, James Joyce’s ‘Dubliners’ and de Maupassant.
2. I have read lots of Indian and American short stories in addition to Irish and alcohol plays a much bigger part in the Irish stories. How should an outsider take this and what does it say about Irish culture.   I am reading The Dublin One City One Book Selection Strumpet City and it almost seems whiskey is the life blood of the city.

3. Declan Kiberd has said the dominant theme of modern Irish literature is that of the weak or missing father? Do you think he is right and how does this, if it does, reveal itself in your work.


4. Why did you end your career with the Church of Ireland?

5  The Fall of Celtic Tiger, the Irish Economy,has caused a lot of pain and misery.  Is there a positive side to this?  what lessons for the future can writers take to their work?  has it in any sense brought people closer to values other than consumerism?  Is it just another day in the life of the Irish?

6You indicated you have a Coleridge volume on your nightstand-what do you relish in his work besides the two basic poems? Who is the greater poet, he or Wordsworth?

7. Tell us a bit about your non-academic non literary work experience please.

8When you are outside of Ireland, besides friends or family, what do you miss the most and what are you glad to be away from?

9. Why have the Irish produced such a disproportional to their population number of great writers?

A.I simply don’t know. I’m sure there are a number of standard theories on why this is, but I don’t know what they are.

10. (This may seem like a silly question but I pose it anyway-do you believe in Fairies?-this quote from Declain Kiberd sort of explains why I am asking this:
" One 1916 veteran recalled, in old age, his youthful conviction that the rebellion would “put an end to the rule of the fairies in Ireland”. In this it was notably unsuccessful: during the 1920s, a young student named Samuel Beckett reported seeing a fairy-man in the New Square of Trinity College Dublin; and two decades later a Galway woman, when asked by an American anthropologist whether she really believed in the “little people”, replied with terse sophistication: “I do not, sir – but they’re there."
A. I am both an atheist and an afairyist. Some people find it good fun to pretend.

11. Do you think the very large amount of remains from neolithic periods (the highest in the world) in Ireland has shaped in the literature and psyche of the country?

12. Has the Church of Ireland been at all impacted by the sort of scandals that have rocked the Catholic Church in Ireland? How debased is the church by this?

13 Do you feel Aosdana is the best use of the Irish governments limited funds to promote the arts or do you think the money could be better spent in another way?

14. What are the biggest challenges in teaching creative writing?

A, To convince students that it is not just a matter of ‘letting it flow’. It is important to
learn the craft of creative writing.

15. William Butler Yeats said in "The Literary Movement"-- "“The popular poetry of England celebrates her victories, but the popular poetry of Ireland remembers only defeats and defeated persons”. I see a similarity of this to the heroes of the Philippines. American heroes were all victors, they won wars and achieved independence. The national heroes of the Philippines were almost all ultimately failures, most executed by the Spanish or American rulers. How do you think the fact Yeats is alluding too, assuming you agree, has shaped Irish literature


16.   One of your many publications is The Parish Guide to Adult Education. Please talk a bit about that concept.

17. Do you think poets have a social role to play in contemporary Ireland or are they pure artists writing for themselves and a few peers?

A  I believe that the latter is the case. I talk about this very point in Chapter 5 of ‘Being Published’.
18. "To creative artists may have fallen the task of explaining what no historian has fully illuminated – the reason why the English came to regard the Irish as inferior and barbarous, on the one hand, and, on the other, poetic and magical."-is this right? Kiberd, Declan (2009-05-04). Inventing Ireland (p. 646).

19. Do you think Irish Travellers should be granted the status of a distinct ethnic group and be given special rights to make up for past mistreatment? Are the Travellers to the Irish what the Irish were once to the English? I became interested in this question partially through reading the short stories of Desmond Hogan.

20How did you get into blogging? what are your goals as a blogger? do you find it an essential for professional writers?

A. I am online naïve. I struggle to keep up. I get good help with my website which a friend said I should have and he had it set up for me. Otherwise it would never have occurred to me to have one. I now find it very useful, I think every writer should have one. I started blogging when the friend who looks after my website made WordPress available to me where I could post myself. My blogs are simply things that interest me and I hope some other people may find them interesting too.

A. I can think of only two pieces of Irish literature that may have been shaped in part by the sea: ‘The Islandman’ by Tomas O’Crohan and ‘Twenty Years A-Growing’ by Maurice O’Sullivan. It’s a long time since I read them and I’m sure there must be more but I cannot bring any to mind.

A. Sending manuscripts to the wrong kind of publishers.
29. Quick Pick Questions
a. John Synge or Beckett-?   - Beckett
b. dogs or cats  - dogs
c.  best city to inspire a writer-London or Dublin - Dublin
d.  favorite meal to eat out-breakfast, lunch or dinner?  - lunch
e. RTE or BBC -  RTE
f. Coleridge or Wordsworth  -Coleridge
g. Lord Dunsany-still read by any body or a relic of the past.  – a relic of the past
30. OK let us close out on this note-what is your reaction these lines from a famous Irish poet?

A. Great sadness.
I was born to the stink of whiskey and failure
And the scattered corpse of the real.
This is my childhood and country:
The cynical knowing smile
Plastered onto ignorance
Ideals untarnished and deadly
Because never translated to action
And everywhere
The sick glorification of failure.
Our white marble statues were draped in purple
The bars of the prison were born in our eyes
And if reality ever existed
It was a rotten tooth
That couldn't be removed.

I offer my great thanks to Patrick Semple for taking the time to provide us with such interesting and well considered answers. I expect to be reading his books in the second half of this year