Today I am very proud to present a guest post by the multitalented Shannon Young.  This is her second Guest Post on The Reading Life.

The world is becoming more and more dominated by the Internet and social media. I find the work of Shannon Young and the authors she talks about in her post  of great importance as they urge the importance of understanding and respecting a vast range of cultures.  Ancient cultures can be maintained and cherished in high tech mega cities.  It takes some effort as Shannon knows but it provides an anchor in dark times and a source of joy in good times.  A while ago I read that the last thing an immigrant will give up is their home country food and Shannon and her mentioned authors understand this deep human instinct.
Mel u 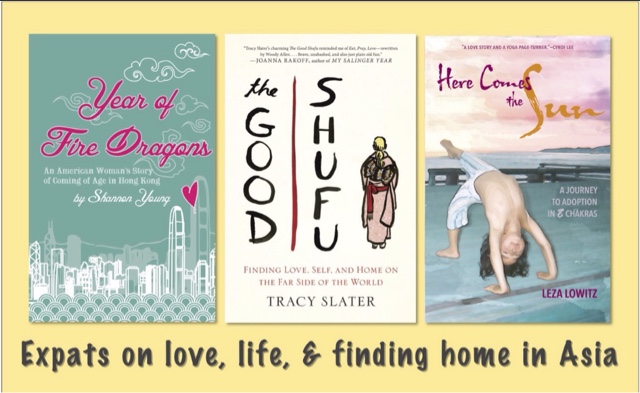 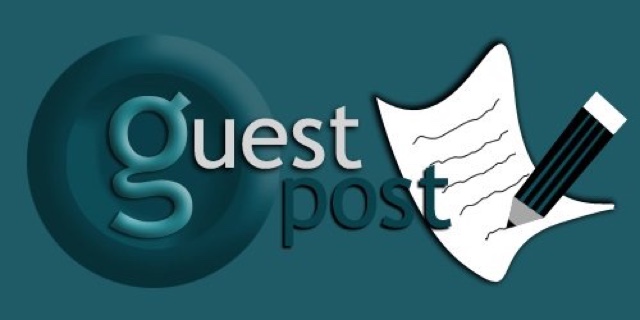 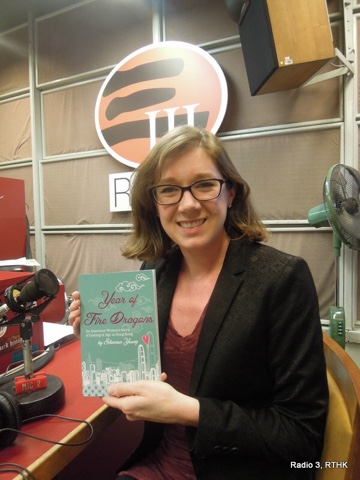 This summer marks the fifth year that I've been living in Hong Kong and the first anniversary of when I quit my job as a teacher to write full-time. Five years ago I had never written anything other than school assignments, sporadic journal entries, and letters. I never thought my own stories were worth telling.

But when I moved to Hong Kong from the US, I found myself needing to process my experiences in a new way. I started writing about the place, the sensations, the buildings, the food. I wanted to describe the festivals and the crowds and the sounds in this world that was all new to me. Those awkward typed pages became the first layer of a travelogue that would eventually grow into a coming of age memoir about how I moved to Hong Kong to be with my long distance love. The resulting book has just been published under the title Year of Fire Dragons. 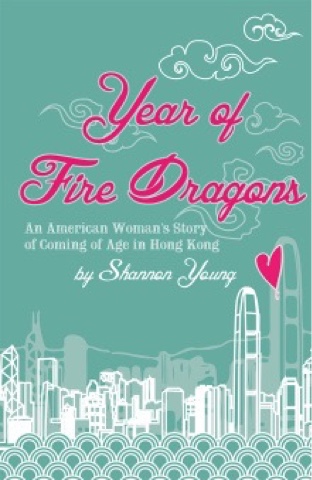 Originally, I had no intention of writing about my life or my relationships. I wasn't yet ready to insert myself intodescriptions that would fit more comfortably in a travel brochure than in a story.

As my first year in Hong Kong unfolded, I read travel memoirs and books set in Asia. Experts, people who studied those cultures and had valuable and informed opinions to offer, were the authors. At first this was discouraging to my own writing efforts. I wasn't an authority on Hong Kong or Chinese culture, and I didn't want to offend with my efforts to interpret a city where I was a newcomer and a culture where I was a daughter-in-law, not a blood relative.

But I still felt compelled to write, to process. The one area of expertise I could claim was being myself in a strange new world. My writing needed a personal touch, a story that would resonate with other wide-eyed newcomers like me. I'm not an expert on Hong Kong, but I know exactly how it feels to be an outsider here.

First, Elizabeth Gilbert helped me through the confessional nature of her work, baring her soul in a way that I doubt I'll ever achieve. Peter Hessler impressed with his compassion and attention to both detail and character. Next was Susan Jane Gilman, writing about China with the joy and trepidation of a young woman on her own for the first time. Then it was Torre DeRoche, structuring a travel memoir like a novel, with all the romance, drama, and uncertainty of the best fiction.

Later, I followed the careers of writers who were a bit closer to me, women discussing their works in progress, signing book deals, finding audiences. I cheered for Susan Blumberg-Kason and Jane Cornelius. I was honored to select future stars like Dorcas Cheng-Tozun, Sharon Brown, and Christine Tan for publication in the expat women anthology How Does One Dress to Buy Dragonfruit? 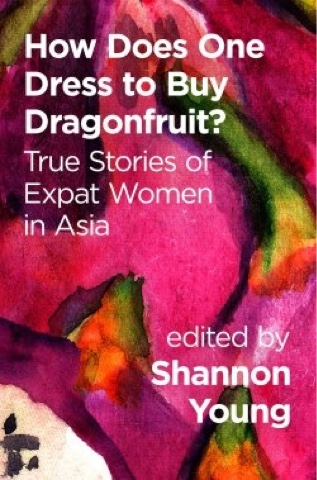 Finally, I joined forces to cross-promote with Tracy Slater and Leza Lowitz, who are publishing their own stories of love, life, and finding a home in Asia this summer.

The works of these writers, coupled with those struggling alongside me in my writers' groups, pushed me to write the best book I could, not just for myself but for the readers who are looking for their own ways to process their experiences in an unknown land, a different sort of life than they might have anticipated.

Year of Fire Dragons is a book about love, but it's also about coming of age, about traipsing wide-eyed through a foreign landscape, about coming home. For me, it's a journey of discovery. It was through writing this book that I figured out I like to write. And it was through writing about Hong Kong that I figured out how to make this city my own.

Shannon Young is an American author living in Hong Kong. She is the author of Year of Fire Dragons: An American Woman's Story of Coming of Age in Hong Kong and the editor of the expat women in Asia anthology How Does One Dress to Buy Dragonfruit?

Here's a bit more about each book:

Year of Fire Dragons: An American Woman's Story of Coming of Age in Hong Kong
By Shannon Young

In 2010, bookish 22-year-old Shannon follows her Eurasian boyfriend to Hong Kong, eager to forge a new love story in his hometown. She thinks their long distance romance is over, but a month later his company sends him to London. Shannon embarks on a wide-eyed newcomer's journey through Hong Kong—alone. She teaches in a local school as the only foreigner, explores Asia with other young expats, and discovers a family history of her own in Hong Kong. The city enchants her, forcing her to question her plans. Soon, she must make a choice between her new life and the love that first brought her to Asia.
Susan Blumberg-Kason, author of Good Chinese Wife, has called Year of Fire Dragons "a riveting coming of age story" and "a testament to the distance people will travel for love." I
found several books I would love to read on the webpage of the Hong Kong based publisher, Blacksmith Books.
http://www.blacksmithbooks.com/
The Good Shufu:  Finding Love, Self, & Home on the Far Side of the World
By Tracy Slater
Tracy Slater's Home Page

The Good Shufu is a true story of multicultural love, marriage, and mixups. When Tracy Slater, a highly independent American academic, falls head-over-heels in love with the least likely person in the world--a traditional Japanese salaryman who barely speaks English--she must choose between the existence she'd meticulously planned in the US and life as an illiterate housewife in Osaka. Rather than an ordinary travel memoir, this is a book about building a whole life in a language you don’t speak and a land you can barely navigate, and yet somehow finding a truer sense of home and meaning than ever before. A Summer ’15 Barnes & Noble Discover Great New Writers Selection, The Good Shufu is a celebration of the life least expected:  messy, overwhelming, and deeply enriching in its complications.

Here Comes the Sun:  A Journey to Adoption in 8 Chakras
By Leza Lowitz
Home Page of Leza Lowitz 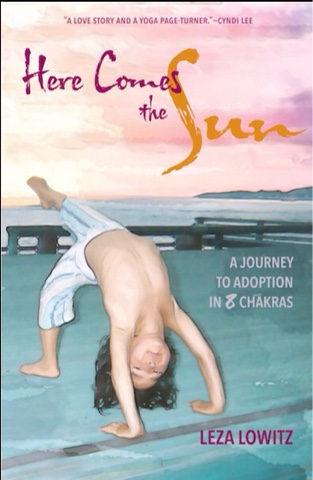 At 30, Californian Leza Lowitz is single and traveling the world, which suits her just fine. Coming of age in Berkeley during the feminist revolution of the 1970s, she learned that marriage and family could wait. Or could they? When Leza moves to Japan and falls in love with a Japanese man, her heart opens in ways she never thought possible. But she’s still an outsider, and home is far away. Rather than struggle to fit in, she opens a yoga studio and makes a home for others. Then, at 44, Lezaand her Japanese husband seek to adopt—in a country where bloodlines are paramount and family ties are almost feudal in their cultural importance. She travels to India to work on herself and back to California to deal with her past. Something is still not complete until she learns that when you give a little love to a child, you get the whole world in return. The author’s deep connection to yoga shows her that infertile does not mean inconceivable. By adapting and adopting, she transcends her struggles and embraces the joys of motherhood.
Stonebridge Press is a Berkeley, California based publisher with a diverse range of titles focusing on Asian culture.  They offer very interesting works on Japanese literature I have not seen elsewhere.
http://www.stonebridge.com/index.htm

I offer my great thanks to Shannon Young for this very interesting guest post.  I hope in the coming years Shannon will often return.