Beryl Bainbridge was born in Liverpool in 1932 and died in Lindon in 2010.  She published 17 novels, three collections of short stories and four works of nonfiction.  She was short listed for The Booker Prize five times. 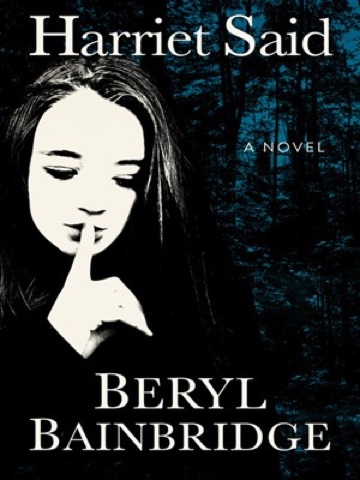 Any day I discover a new to me writer to love is a good day.  Beryl Bainridge is considered by many to be among the best 20th century English novelists.  I am passed being embarrassed admitting I never heard of her until a week ago.
According to my first research, Bainbridge published 22 novels, 3 collections of short stories and several works of nonfiction.  She was short listed for the Booker Prize five times.  Most of her novels have a reading time under four hours.
Harriet Said was completed in 1958.  Every publisher Bainbridge submitted the book to told her it was just too dark a story, focusing on two young teenage girls who are victims of child molestation.  Bainbridge forgot about publishing it and came to think the manuscript was lost.  One of the publishers she submitted the work to in 1958 decided 14 years later to publish the book, long after numerous of her books were successfully brought out.
The story is narrated by a 13 year old girl.  Her best friend is Harriet, a much more savvy about life and love 14 year old. To her what Harriet days is close gospel.  The conversations between the girls, their attitude toward their parents and their thoughts about men are just brilliantly done.  Based on my experiences with my three daughters, 18, 21, and 23 I was shocked by Bainbridge's insights.  I could not help but think there are things a father is better off not knowing.
The narrator has a crush on an adult man they call the Tsar.  He is married.  It takes awhile to realize he is molesting the narrator.  They don't have sex, he just seems to "fiddle about" with her above her clothes.  Harriet has been naked with  a soldier but it is not clear what happened. It may be that Harriet  is just making up this experience to appear more worldly.  Harriet says she thinks he will be back  It was chilling to hear the girls say all this is just normal. 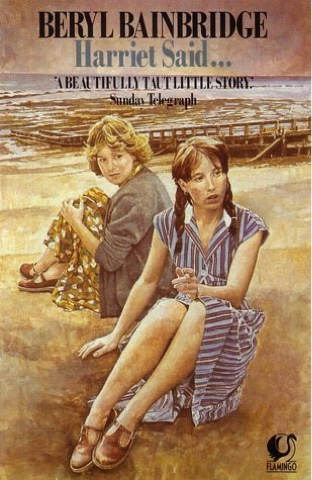 The First Paper Back Edition
The patents are just wonderful creations.
The ending is totally shocking.
As of right now it looks like none of her novels are available as Kindle editions or even as hard copies.  Thankfully Open Road Media is in the process of bring all of her novels out as Kindle books.
I have begun reading her Booker Short listed work, The Bottle Factory Outing, Bainbridge worked  for a while in a bottle factory.  I love it and I am close to deciding I want to read all her novels.
I am currently also reading Berly Bainbridge Love by All Sorts of Means: A Biography by Brendan King, forthcoming next month from Bloomsbury U K. It is a fascinating book.
Mel u 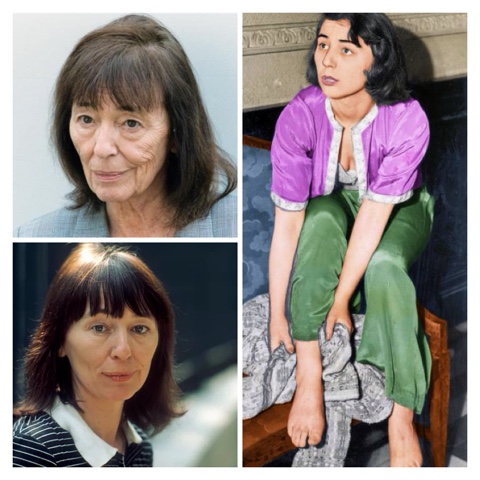 I read this book years ago and lived it. I was quite young then and found it spooky to say the least. Can't remember much of it though, and though Bainbridge became a favourite author, I am not sure I ever read anything else by her. One book I think, but can not remember which. However, this book has stayed with me, at least the atmosphere. Maybe time to read it again.

Love Bainbridge. Really love this and The Bottle Factory. 9although it takes me a bit more than four hours to get through them I am currently working my way through her books, although without gorging. I don't want them to run out! Of the others I've read I probably like Master Georgie the best. My reviews are here if you want to check them out. http://theknockingshop.blogspot.ie/search/label/Beryl%20Bainbridge

Sounds like another author to put on the one-day pile. I like stories with youth in central characters. Another great find here at Mels place.

Lisbeth Ekelof. I really liked her The Bottle Factory Opening. About women working inabittle factory. Bainbridge worked I one for a few months. Thanks for your comment

Seamus. I read your posts.very interesting as always. I have Master George and hopefully will read it in November.thanks for your comment.

Tamara. I found the girls very well done,I hope to one day read your thoughts on the book.thanks for your comment.