"Teaching I.L. Peretz’s Story 'Miracles on the Sea’ To Children Who Are Sentenced to Die" - An Essay By Chava Rosenfarb - circa 1942 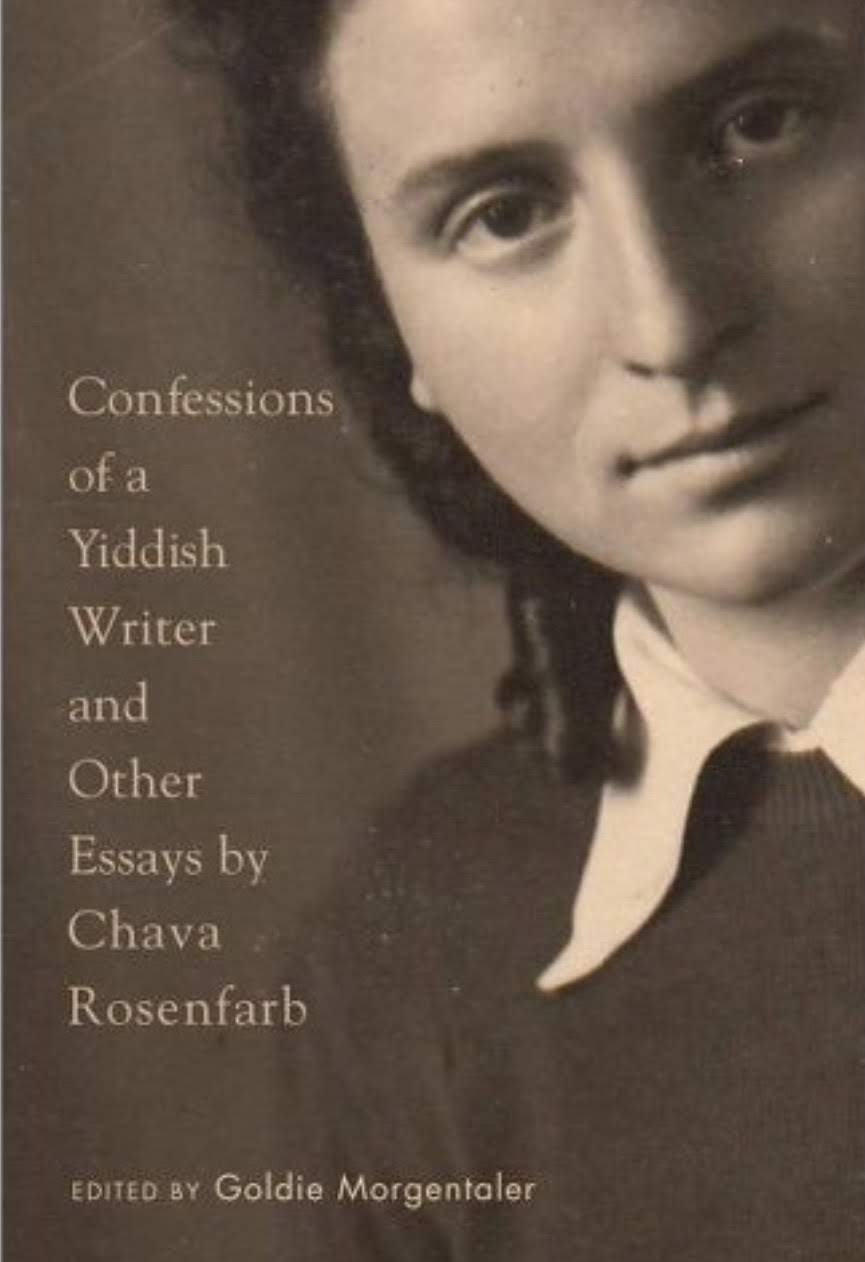 
"Teaching I.L. Peretz’s Story 'Miracles on the Sea’ To Children Who Are Sentenced to Die"  - An Essay By Chava Rosenfarb - date of composition not given.

"Springtime, when I see the carefree children of Montreal chasing each other in the parks, kicking balls in the alleys, or speeding by me on their bicycles; when their boisterous shouts and laughter rise from the yards and street corners to echo against the walls of my workroom, I am reminded of the children of the Lodz ghetto. Most often, my memory picks out the beautiful face of one dark-haired boy with large, coal-black eyes. Once, long ago, the radiance of those eyes, filled as they were with the infinite longing for spring, illuminated the oppressive gray of a classroom located in the attic of a factory building in the Lodz ghetto. The face was that of my favorite pupil, Shloymele."

There are images of five writers on the side bar of my blog, Chava Rosenfarb's is the most recently added.  She is one of the highest regarded 20th century Yiddish language writers.  In reading once again her biography I cannot help being shocked that she was sent to Auschwitz at age 21, along with her younger sister then 17 and their mother in her mid forties.  All survived.

The essay featured today "Teaching I.L. Peretz’s Story 'Miracles on the Sea’ To Children Who Are Sentenced to Die"  is about her experience as a teacher in the Lodz Ghetto, she was about nineteen teaching Yiddish literature to boys in their early teens.  Rosenfarb very movingly describes what it was like teaching boys sure to soon be murdered in the Holocaust.  I cannot help but be in awe of the depth of strength this must have required.

I first began reading Yiddish Literature in November 2012 when the Yale Press gave me the ten volume Yale Yiddish Library.  Reading on I began to see Yiddish culture as one that very deeply respected all forms of reading, not just that of the Torah.  (I highly recommend the essays in Adam Kirsh's Who Wants to be a Jewish Writer, forthcoming from Yale University to understand the importance of textual study.). I came to see the Holocaust as a war on a culture deeply into the reading life.  Upon liberation from a concentration camp, many asked for something to read before food or clean clothes.

Teaching I.L. Peretz’s Story 'Miracles on the Sea’ To Children Who Are Sentenced to Die" deals with Rosenfarb's time in the Lodz Ghetto where she was a teacher in an illegal school for Jewish children.  Most all the children were doomed to be murdered and everyone, including them, knew this.  We can see the tremendous valuation given to education in the culture.  Most would just say why bother teaching literature to children who will soon be sent to a death camp?

"For these working children of the ghetto, illegal schools were organized in the buildings of the ressorts where they were employed. I worked as a teacher in one such school at the Metal-Works RessortNo. 2. My subject was Yiddish and Yiddish literature. The classroom was located in the loft of the building and was furnished with a few tables, benches, and a blackboard. The loft, though drafty and bitterly cold during the winter, was nevertheless spacious and bright. Beyond and below the small windows lay the ghetto, and beyond the ghetto, the city of Lodz could be seen spread out as in a bas-relief.  From that perch it was also easy to see German military vehicles stopping in front of the factory to unload the members of an army commission on their way to conduct an inspection.  In such an event, we all made ourselves scarce, sneaking down the back stairs of theressortand into the street.

My students were 11- to 12-year-old boys, since only men were employed at the Metal-Works ressort. Some of the boys barely looked their age, while others resembled withered old people. They climbed the stairs to the loft directly from their work stations, their faces and hands smeared black with machine oil and dirt. Disciplined and solemn, adult expressions imprinted on their faces, they slid into their seats on the long benches. There was not a trace in their conduct or demeanor of the playfulness or mischief characteristic of 11- or 12-year-old boys. Learning was serious business in the ghetto. With passionate greed they devoured the meager crumbs of knowledge that the teachers managed to put before them during the limited hours allotted for the lessons.
Shloymele, my favorite student, lived all alone in the ghetto. The rest of his family had been caught during a raid. On the morning of the raid he had left home to fetch the family’s turnip ration at the vegetable distribution place. While he was gone, his parents and siblings had been loaded onto trucks and transported to the train station. But Shloymele’s life had been temporarily spared."

I strongly urge all to read this powerful essay.

I looked for Peretz's story in the books I have and online but could not find it.

"Chava Rosenfarb was one of the most important Yiddish novelists and writers of the second half of the twentieth century. Her primary subject was the Holocaust; she was a survivor of the Lodz ghetto, Auschwitz, and Bergen Belsen.

She was born in Lodz, Poland in 1923. When she was a child, her father encouraged her to write about her experiences and to think about being a writer. In 1939, when she was 16, the Nazis invaded Poland – and her life was changed forever.

She and her family were incarcerated, along with the rest of the Jewish population of Lodz in the Lodz ghetto. In the ghetto she wrote poems during those days of constant terror. She wrote about  the ongoing struggle to endure—writings she lost and later recreated from memory.

In 1944 when the Lodz ghetto was liquidated, Chava and her family were transported to Auschwitz and later to Bergen Belsen, before being liberated by British forces in 1945. After spending several years homeless and stateless in Europe, she came to Canada in 1950 and settled in Montreal.". From chavarosenfarb.com

There are other nonfiction writings online linked to this story.