The Irish Quarter:   A Celebration of the Irish Short Story
March 11 to ?
Emerging Irish Women Writers 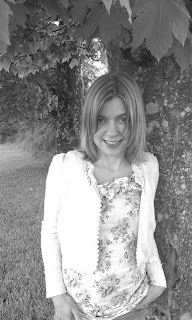 Ever since Ethel Rohan (author of two great collections of short stories, Hard to Say and Cut Through the Bone)  honored The Reading Life with a guest post  on a short story by Danielle McLaughlin (Cork County, Ireland), "All About Alice" that appeared in The Stinging Fly I have badly wanted to read her work.   Here is part of what Rohan in her beautifully crafted post said about McLaughlin's story:

"While my first read of this story hung onto the sheer joy of tale and suspense, and was fueled by the need to get to the conclusion, my subsequent reads of  “All About Alice” focused on trying to figure out just how McLaughlin so beautifully crafted and rendered this moving and memorable story. The voice, tone, and pacing in “All About Alice” seem perfect. There isn’t a beat wasted or missing. The three big ‘Ds’ of details, descriptions, and dialogue are telling and serve to both reveal character and progress plot." 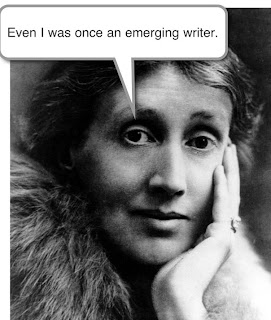 I was so happy when I found that a prize winning recent story by McLaughlin was available online.   Where I can I prefer to post on stories that can be read online as it does frustrate me at times to read a post on a story that sounds great only to learn it will be very hard for me to read it.  (This is in part also a courtesy to people like myself who live where there are no public libraries.)

"Bewitched" is an amazing story about a moment in which a bookish socially awkward teenage girl takes a step toward real maturity and wisdom, a step that decades do not take most people.  "Bewitched" is structurally the perfect short story.   It introduces us to two characters, Mrs. Wilson the Librarian who of course seems ancient and without a life to our young narrator, and the narrator herself.  I was so quickly and skillfully  drawn into the character of the narrator and was eager to see what would happen to her.    The narrator came across as a bit peevish in her refusal to wear a coat her sister had out grown because it matched the color of the rug in the local library and of Mrs. Wilson and that was just a perfect touch.

Every Saturday morning the narrator would head to the library when other teens were still in bed. (Side note, a lot of the literary fad for witches and the paranormal was begun by Irish short story writers like Joseph Sheridan le Fanu and Lord Dunsanny.)   She asked Mrs Wilson where they kept the books on witches.   Mrs Wilson is quite not into witches at all and she shows the girl some encyclopedia articles with horrible looking old crones and the articles suggest the women who claimed to have supernatural powers were just deluded and frustrated old women.   I want to quote a bit from the story so you can see the wonderful prose style of McLaughlin:

On Saturday mornings, while other teenagers burrowed deeper under their duvets, I ran straight to the library. I cannot remember how my obsession with witches started but it blew like exotic tumbleweed though the ghost-town of my teenage life. I asked Mrs. Wilson, the librarian, where the books on witches were kept.  I slouched along behind her to the bookshelves on Medieval History in the far corner.  She motioned to a few stocky encyclopaedias and eyed me curiously before padding off across the carpet.Mrs. Wilson, it turned out, was a woman with no concept of witches. The encyclopaedias carried a few scant paragraphs on sad, frumpish women of dubious competence. They were, it was strongly hinted, neurotic and unbalanced women, or at best, frauds.  Refusing to be defeated, I trawled through every shelf.  Dusty volumes of ancient mythologies, obscure pagan rites, even astrology, were fine-tooth combed, book by book, page by page.


Sometimes Mrs Wilson tries to talk to the narrator but she just sees her as an old lady without a clue about life.  She objectifies her as just somebody with varicose veins who dusts shelves and moves books around, dull in the extreme in her teenage mind.

Not one but two big things happen in this story.  I will tell you about one of them and only allude to the other so the story is pretty much unspoiled for you.

The narrator likes to paint in her bedroom in the evenings, when she gets out of school.   She has a very interesting routine.   I was trying to understand it and there are several brilliant things going on in this section of the story.  The narrator seems possibly trying to get in touch with her emerging sexuality and to connect to a pagan wilding tradition, to almost transform herself through her art.  I think this passage is simply stunning

I peeled off layers of clothes as I painted, throwing them willy-nilly about the floor. Stripped to my practical and greying underwear, I would work faster, free from the clingy bulk of sleeves and shirts and prickly tights.  My eyes wandered from mirror to canvas, from the fleshy contours of my own white skin to the flowing passion of the glorious witches, all sleek and sassy and pouting.  I would paint fiercely, the colours rushing together.   Wild women screamed and glowered from the canvas, drawing me in, wrapping me in their dark and comforting cloaks, until the drab, wobbly form in the mirror melted away, washed away in a torrent of simmering colour.


I almost hate to do this but I will stop telling the plot here.   The narrator learns a powerful lesson, one far too few people ever learn.   If you are really lucky, you can learn it from the best of literary works.

Ethel Rohan was right, hardly a big surprise, McLaughlin is a great writer.   As I said it is a perfectly done short story on the Frank O'Connor model.  It introduced some interesting ordinary people, something big happens in their lonely lives, and a valuable lesson is learned.   All in four beautiful pages

You can read "Bewitched" here.

I am very grateful to Ethel for making me aware of Danielle McLaughlin.   I will following her work form now on and in fact hope to post on another of her wonderful short stories very soon.

Bio: Danielle McLaughlin lives in County Cork, Ireland. Her stories have appeared or are forthcoming inSouthword, The Stinging Fly, Boyne Berries, Crannóg, The RTE TEN website, Inktears, and in various anthologies including ‘The Bone Woman and other short stories’ recently published by Cork County Library and Arts Service, the Fish Anthology 2012 and the Bristol Short Story Prize Anthology 2012. Another of her stories was shortlisted for the Francis Mac Manus Competition 2012 and will be broadcast on RTE Radio 1 in July. She won the Writing Spirit Award for Fiction 2010, a WOW!2 Award for Fiction in 2011, the From the Well Short Story Competition 2012 and the William Trevor/Elizabeth Bowen International Short Story Competition 2012.


I like to ask short story writers whose work I admire who their favorite writers in the genre are and share it with my readers.  Here are some of Danielle's: