“The Border” - A Short Story by Issac Singer - first published May 7, 2018 in The New Yorker - translated from Yiddish by the author 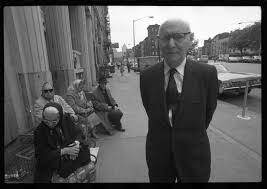 I wish to thank Michael Alenyikov, author of a marvellous collection of interrelated of stories Ivan and Misha for letting me know of the publication of “The Border”.

Here is a portion of my thoughts on Ivan and Misha:

Alenyikov does a great job of creating a sense of physical place, not something a lot of writers do well.   This ranges from the small apartment of Ivan to New York City.   We also get a very clear sense of how everyone lives.    I confess when I read a story about a person I like to know what they eat and we do in Ivan and Misha.

Alenyikov's  treatment of the sexuality of the brothers is simply brilliant.  I liked that there was no discussion at all about how the two brothers "got that way", no suggestion that there was something wrong with them.       It is just who they are and everyone in their lives accepts it including them.   There is one very shocking scene that took a lot of real daring to write.

There are some really wonderful minor characters in the novel. There is the handsome as all outdoors young Mormon missionary in the big city for the first time who does not know he is gay until Ivan seduces him and there are madmen right out of Howl.   There is an elderly lady with a very mysterious past who goes from Ivan's cab customer to one of his closest friends.     I liked her a lot and I think you will also as you try to figure her out.

There are tragic elements in the stories.   There is death, serious mental illness and Aids in these stories.    There is also a sheer love of life that comes strongly through.   Readers of Russian literature will love all of the references and will have fun deciding if they agree with what  the characters say about the various writers.

The prose is beautiful.   There are many exquisitely done images.   I will restrain myself from comparing his work to the great Russian masters but this  could be done without condescension or pandering.

My thoughts on “The Border” by Issas Singer.

“Yiddish has not yet said its last word. It contains treasures that have not been revealed to the eyes of the world. It was the tongue of martyrs and saints, of dreamers and Cabalists - rich in humor and in memories that mankind may never forget. In a figurative way, Yiddish is the wise and humble language of us all, the idiom of frightened and hopeful Humanity.”  - Isaac Singer

“The Border”, most likely written around 1980, was published for the first time this week, in The New Yorker.  An archivist found it while working in his vast collection of papers.  Singer first wrote it in Yiddish and then translated it into English.  It is suggested in The New Yorker that Singer or his publishers, he was a frequent contributor to the Yiddish language Jewish Daily Forward (I have posted on a number of stories from this publication, often called just Forward) may have felt the conversations between two Holocaust survivors, one who kept strongly to his faith and one who developed, while in the camps,
a hatred for the very notion  of God.

There are only two characters in this story, both older retired men who were Holocaust survivors who after the war moved to New York City.  The man who kept his faith, now retired and a widower after forty years supporting his family with a pushcart took in another retired Holocaust survivor more for company than the rent money.  The other man lost everyone in his family.  He does not  accept that any God seen as good could have allowed the Holocaust.  When the other man begins his prayers he berates him:

“To whom are you praying? To the God who made Hitler and gave him the strength to kill six million Jews? Or perhaps to the God who created Stalin and let him liquidate another ten million victims? Really, Reb Berish, you’re not going to bribe the Lord of the Universe with a pair of phylacteries. He’s a first-class son of a bitch and a terrible anti-Semite.”
“Pfui.” Reb Berish grimaced. “Go away.”
“How long will we keep cringing before Him and singing Psalms?” Melnik continued. “I’ve seen with my very own eyes how they threw a Jew with a prayer shawl and phylacteries into a ditch full of shit. Literally.”

Berish talks to him about freewill, about acts of great kindness and self sacrifice among camp inmates.  They argue about women, Berish expects to meet his wife again in the afterlife.  His companion launches into a tirade against all women, especially Jewish women.  He tells Berish his faith is for children:

“What are you crying for? This is humanity, the crown of creation. My theory is that all men are Nazis. What right do we have to slaughter a calf and eat it? The one with the knife slaughters. It’s just as Hitler believed: might is right. As for God, He’s a Nazi to end all Nazis. The arch-Hitlerite. He has more power than anybody else, so He tortures everybody. You see, I’m not an unbeliever. There is a Gehenna, there is. Why should people suffer only on earth? They’re tortured in the hereafter, too. God has His own Treblinka, with devils, hobgoblins, demons, angels of death. They burn the poor sinners or hang them by their tongues or by their breasts. All the details are there in ‘The Rod of Punishment.’ But there’s no paradise. When it comes to death, I become a real heretic.”

Both men are lonely and they need each other’s company.  After breakfast they go out to see what the women in the neighbourhood are doing.

“The Border” is a powerful story, a very worthy edition to Yiddish literary treatments of Holocaust themes.

My post, from November, 2011 on Ivan and Misha is here

I checked the stack of New Yorker's at the library today hoping to find this volume but someone else must be enjoying it. If I don't have any luck soon, I'll settle for reading it online. The amount of detail sounds tremendously satisfying!