“Oedipus in Brooklyn” - A Short Story by Blume Lempel. translated from Yiddish and by Ellen Cassedy and Yermiyahu Ahron Taub, 2016 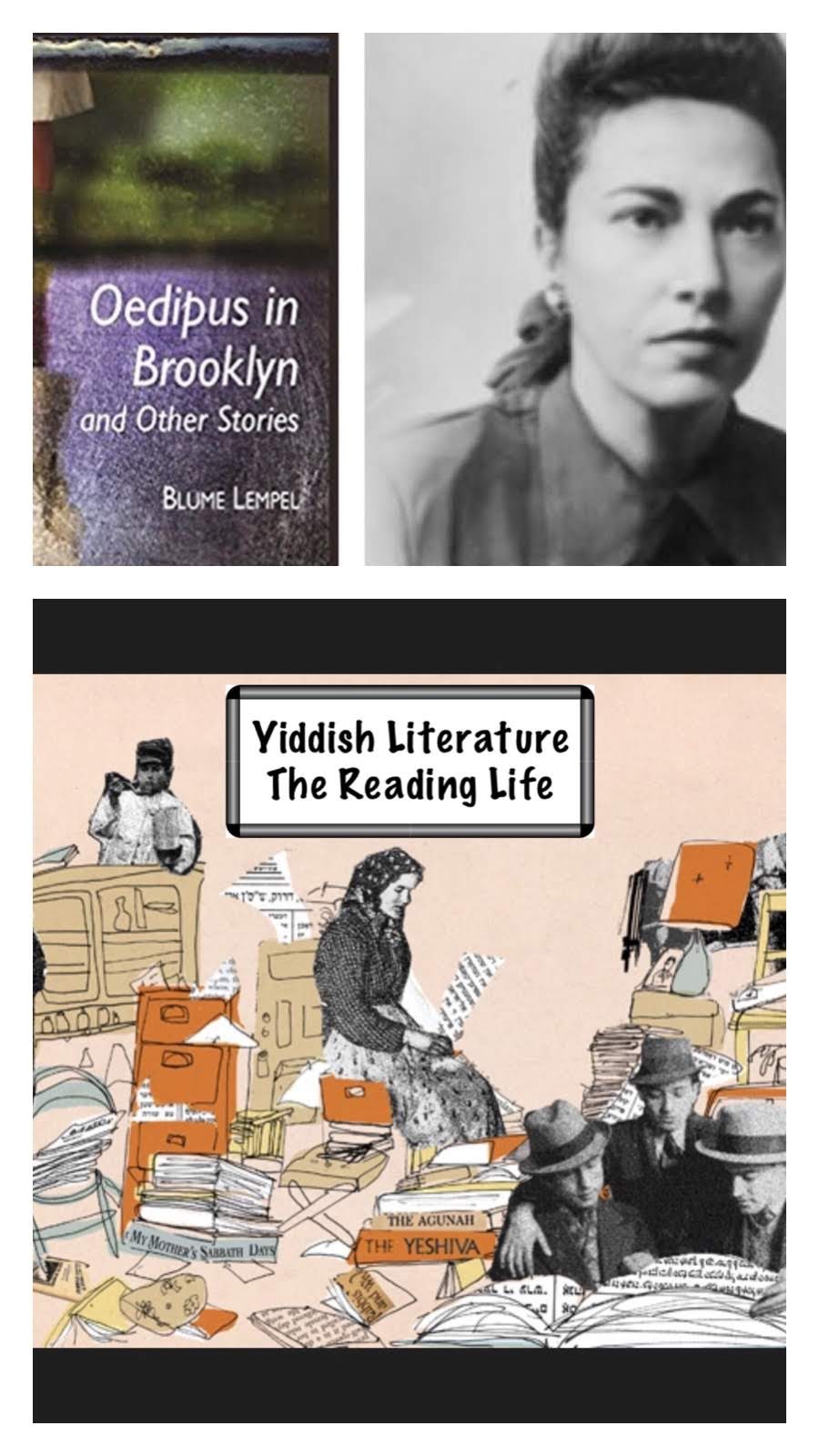 The Gateway to Blume Lempel on The Reading Life


Oedipus in Brooklyn” by Blume Lempel

“So here I sit, writing from right to left. My older brother watches over me, telling me what to write in Yiddish. I can’t very well ask him not to speak in the language of exile. Blessed with the gifts of a prodigy, he knows what I’m thinking. Yiddish is not a language of exile, he answers my unspoken words —it is mame-loshn, our mother tongue.” -  Blume Lempel

Today’s  story is the title work in Oedipus in Brooklyn Stories by Blume Lempel, translated and introduced by Ellen Cassedy and Yermiyahu Ahron Taub.

Moved to Paris in 1929, to be near her brother who lived there

1939- having married and had two children, her Family moved to New York State, out of concern over rising anti-Semiticism.  Many in her extended Family died in The Holocaust as would have

she and her Family had they not left.  In 1942 French authorities in a compromise with the Germans, agree to arrest and turn over to the Germans all foreign born Jews.

I have been reading in Yiddish literature (in translation) for about four years now.  The more I learn about Yiddish heritage  the more convinced I am that no other group cherished reading more.  I was deeply moved when I learned that upon liberation from a concentration camp many asked for something to read.

There are several common misconceptions about Yiddish literature.  The production of Yiddish Literature is generally  originated about 1875 and ended around 2000, not with the Holocaust.  Most think the writers are almost all men, this is completely false.  Many believe the stories are all about life in old Russia or a small Eastern European shtetl.  This, as illustrated so powerfully by today’s story “Oedipus in Brooklyn” could not be more wrong.  A few authors still write in Yiddish, just as a few poets still write verse in Latin.

More and more Yiddish works are still waiting to be translated.  Almost everyday I learn of a new story rendered in English.

“Oedipus in Brooklyn” is really a shocking story.  As far from Fiddler on the Roof as you can get.  The story opens tragically.  A married man has just bought a new car, he takes his son out for a drive.  A horrible crash kills the father and blinds the son.  The wife, supported by insurance funds devotes her life to taking care of her son.  They eventually move to Florida to get away from the memories of Brooklyn.  The boy learns Braille and becomes an avid reader. The bond between mother and son is very close.  People advise her it is best to put her son in a residential school for the blind, they tell her she is to young to withdraw from life.

I don’t want to tell the rest of the story as I hope some will read this and her other works.

I'm intrigued by what you've said about the beginning of this story and I'm curious as to its ending. As always, I'm glad to read about your Yiddish reading.