"The Wedding Dance" by Amador T. Daguio-Short Stories of the Philippines -Post # 3

Nothing Can Destroy the Faith and Strength of the Philippines- Mel u, November 10, 2013, comments welcome

Pliant is the bamboo;
I am man of earth;
They say that from the bamboo
We had our first birth.

Am I of the body,
Or of the green leaf?
Do I have to whisper
My every sin and grief?

If the wind passes by,
Must I stoop and try
To measure fully
My flexibility?

I might have been the bamboo,
But I will be a man.
Bend me then, O Lord,
Bend me if you can.

I highly recommend any one interested in learning more about Amador Daguio
visit the definitive web page maintained by his son Danny Daguio. I offer my great thanks to Danny for allowing me to post this copy written image of his father.  I hope he may soon honor us with a guest post sharing some of his first hand precious insights with us. 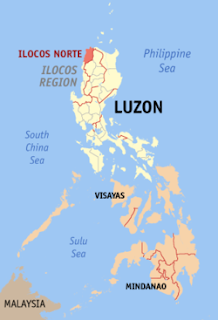 My Prior Posts on the Literature of the Philippines

Prior Two Posts for the Short Stories of the Philippines Project

1. Dead Stars and A Night in the Hills by Paz Marquez Benitez
2. Servant Girl and Magnificence by Estrella Alfon

Today is the third post for  what I hope will be a long term project featuring  short story writers from the Philippines.   In a joint venture with Nancy Cudis of Simple Clockwork we will be spotlighting once or twice a  month the work of a short story writer from the Philippines.   Nancy is based in Cebu City and focuses according to her profile on  PHILIPPINE LITERATURE, CLASSICS, CHILDREN'S and MIDDLE-GRADE BOOKS, CHRISTIAN FICTION, and clean ROMANCE.    Her blog is just getting started and I can already tell she has a great passion for what she does and I hope a lot of my readers will also follow her blog.

Be sure and read the post on Simpleclock Work for an insight into the literature  and culture of Cebu  that you will find no where else.

Last week in the company of a large group of friends and neighbors my wife and I with our youngest daughter went on a road trip from Manila to Vigan in the Ilocos province in the northern part of Luzon.   Vigan is a UNESCO world heritage site as it is the best preserved European colonial city in Asia.   Vigan through some lucky circumstances was spared the destructive effects of WWII and is a virtual living museum with old houses, museums and churches everywhere.   Cars are not allowed on the main street of the town so as to preserve the ambiance.    The trip up from Manila via charted bus was not a short one and the roads are under construction but the slow pace of the drive lets you see the beautiful countryside and much of the trip is along the Sea of China so there are lots of great photo opportunities.   Ilocos has its own language, culture and food heritage so it is a great place to visit for a day or a month or more.

Our third posting  on a short story by an author from the Philippines will be on a writer from the Ilocos province, Amador Daguio.    Dagui was born in 1912 in the Ilocos province.   His father was an officer in the national police of the Philippines.   He lived with his uncle in Manila while attending high school as there were no high schools in his home area.   During this period he became very lonely and was driven to write poetry to express his feelings, one of which was published in a national publication while he was still in high school.   In 1932 he graduated with honors from the University of the Philippines.   He returned to the area where he grew up and worked as  a teacher and married a local woman.  During WWII he joined the resistance and would eventually publish a well regarded collection of poems about his experiences during the war years.   He is primarily known as a poet but also wrote some wonderful short stories.

In 1953 he received a Fulbright grant to study at Stanford University in California where he studied the short story.   For Twenty Six years after returning from the USA he taught at the University of the East and the University of the Philippines.   He passed away in 1966 and in 1973 he was awarded the National Cultural Award.

"The Wedding Dance" was first published in 1953 by Stanford University in an annual publication of works by participants in their literary programs.    It is a very moving and beautifully written story that lets us see a way of life most know little about and is set in  a nearly forgotten culture, that of the  tribal people of northern Luzon.   Marriage in this culture was seen as more or less a contract between a man and a woman  for the purposes of producing children.   If after seven harvests, there is no child, either party is free to break the bond and seek another spouse.   A childless couple was seen as a very sad matter and often the masculinity of the husband was considered suspect.

As the story opens the man is telling his beloved wife he is sorry this has to happen, he is sorry he must take another wife as she has proved barren (leaving aside medical fact it might be him).   He offers her part of their land but she refuses.   He tells her she should go to the wedding dance for his new marriage to show she is accepting of what is happening.   She refuses all but some beads he gave her.    She is still the most attractive woman in the community, the best homemaker and the best at growing crops.    It is really a heartbreaking story as I could sense the man did not want to do this but community pressures and cultural norms were driving him to divorce a woman he truly loved for one he cares little about.

The ending is beautifully done and leaves opens what will happen to the wife.   She really seems like a "perfect wife" and one cannot help but feel the man is foolish and to make it worse, he knows it.

You can read this story online here.   I really strongly recommend the reading of this story both for its very high intrinsic artistic value and for its cultural import.


I have recently found a large number of older short stories by authors from the Philippines online so the project can go on for a very long time.   This is not a closed project.   Any and all are very welcome to join in.   We sort of prefer that all post on the same writer each time but we are not rigid on this.   If you have never read anything by an author from the Philippines this is a good opportunity and if you are a life time reader then please share your knowledge with us.

Carried on long enough, I hope our project can become a resource for anyone interested in learning about the literature of the Philippines.

This sounds a fascinating idea & worthwhile project, that has the potential to become a wonderful resource, thanks for the work you've put into this I will enjoy researching further.
Ps, will check out Nancy's contribution also, thanks to you both.

The Wedding Dance is one of my favorite Filipino short stories. I admire how you interpret the story in this post. Come to think of it, the way the conversation between the husband and wife in the short story seems to imply that it was the woman's fault that they could not bear children. The story may be open-ended, but, if we could share our imagination, one imaginary ending could be the husband went on to marry another but still no children came, because it could be the husband's physical incapacity to do so. I could go on talking about Amador Daguio and his works... :-) Thanks, Mel, that we have finally featured him. I hope more will join us in this joint endeavor. Maybe Parrish is interested?? :-D

Amador T. Daguio was my ninong. Thank you for talking about his works.