Lioness: Golda Meir and The Nation of Israel by Francine Klashbrun, 2017, 884 Pages 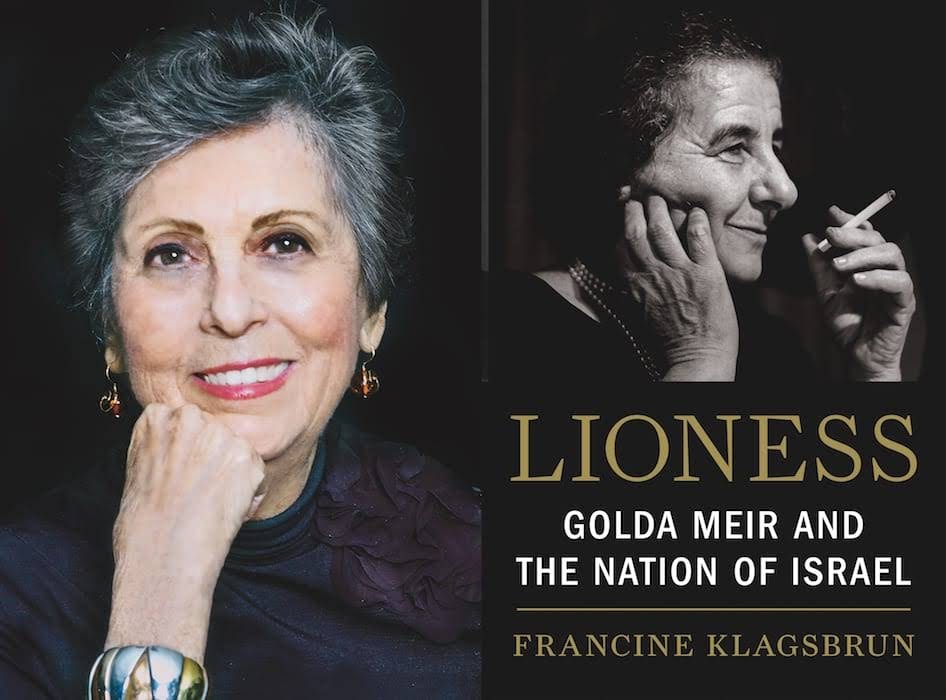 1904, her father immigrates to the USA, settling in Milwaukee, Wisconsin

1906, fearful of pograms, all family joins her father in Milwaukee

1921, She moves, with her husband, to Palestine

As I read Francine Klashbrun’s magnificent biography Lioness: Golda Meir and The Nation of Israel it felt like I was reading about an almost mythic person, towering above those around her or foolish enough to be opposed to her.

Anyone at all interested in the history and future of Israel will love this book. It won The Jewish Book of the Year Award from the Jewish Book Council.  It was the Council’s newsletter which brought the book to my attention.  When I read Cynthia Ozick’s glowing review, I acquired the book.  Not a casual read at over 800 pages, it is a history of Israel as much as a biography of Golda Meir.

Klashbrun lets us see how hard life was in Palestine in the 1920s.  Meir and her husband, marriage faded away, lived on a kibbutz, a collective farm, at first.  Run on socialist principals, it was a hard life.  We follow her at first struggles to make a living, the strain of being a mother while away for much of her time on government business is very well developed.  Meir did have relationships with men other than her husband, they eventually divorced.  Her parents immigrated also.

We learn a lot about her fund raising in America, vital in helping country prepare for war. Meir was a brilliant Public speaker.  I found the Klashburn’s treatment of the migration of Holocaust surivors to Israel very informative and moving.

Even though I knew Israel would win all her wars with her neighors, it was exciting to read about Meir’s part in Israel’s  success.

There is a huge amount more in this giant of a book than I have mentioned.

Some will perhaps see this book as very Pro-Israel, pro Zionist.  To them I will just say “Baron avek”.

ABOUT THE AUTHOR
FRANCINE KLAGSBRUN is the author of more than a dozen books, including The Fourth Commandment: Remember the Sabbath Day and Married People: Staying Together in the Age of Divorce. Lioness received the 2017 National Jewish Book Award/Everett Family Foundation Book of the Year. Klagsbrun was also the editor of the best-selling Free to Be . . . You and Me and is a regular columnist for The Jewish Week, a contributing editor to Lilith, and on the editorial board of Hadassah magazine. Her writing has also appeared in The New York Times, The Boston Globe, Newsweek, and Ms. Magazine. She lives in New York City..  from Random House

Email ThisBlogThis!Share to TwitterShare to FacebookShare to Pinterest
Labels: biography