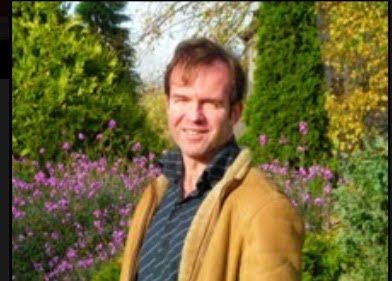 My Q and A with Steve Wade

Click here to read the story in The Galway Review


I have been following the work of Steve Wade since March 2013.  I have posted on four of his Short Stories (my posts contain links to the stories, just start at our Q and A session.)  if I did not his work in high esteem I would not, of course, devoted posts to him in six consecutive Irish Short Story Months on The Reading Life.

“Too Damn Beautiful” shows us the very rule bound relationship of a couple.  Both have had prior relationships and those of their acquaintances have failed. The man is a widower. They, mostly the woman, think that everything must be regulated and set out in advance if their relationship is to work.  They live together along with the man’s two daughters from his marriage and the woman’s baby.

This story is a lot of fun read and it also helped me think about my marriage, what works and what could be better.  Men may say the woman is too fixated on the chores being evenly divided, maybe women will say, “typical man just wants a sex partner and a maid”.

Just a short segment will let you see the pleasure and delightful humour of this story.  Anything else is a bonus!

“But Friday nights were pizza nights. As soon as the kids were gone to bed, they would order in and watch a movie. That was the rule. And it was her turn to choose from Netflix. He put his hands on her waist, looked into her eyes, and agreed that yes, of course it was. But the thing is, see, he’d had pizza at lunchtime. One of the girls in the office was leaving and they surprised her with a going-away lunch.
“I’ve already got ‘Titanic’ lined up,” she said. She stamped her foot on the carpet like a child. “I’m looking forward to it the whole week.”
“Come on, Rach,” he said. “It’s just this one time.” The rugby semi-final was on. Between Leinster and Scarlets.
“It’s not fair,” she said. And whacked away his hands from off her hips. She folded her arms. “And another thing. You didn’t tidy up last night. Or put the plates in the dishwasher. It was your turn.”
“I’m sorry, baby,” he said. “It’s been a mad week. With all the extra bullshit I have to do these days.” He reached out a hand towards her face.
She jerked from him. “Don’t touch me, David,” she said. She spat his name like a curse.
“Come on, baby, please,” he said.”

I look forward to following Wade’s work for years to come.

I suggest anyone interested in short stories, Ireland and a good bit more read the Q and A with Wade.

Steve Wade is an Irish Writer and English language teacher. A prize nominee for the PEN/O’Henry Award, 2011, and a prize nominee for the Pushcart Prize, 2013, his fiction has been published widely in print and online. His work has won awards and been placed in prestigious writing competitions, including being shortlisted among five in the Wasafiri Short Story Prize 2011, a nomination for the Hennessy New Irish Writer Prize, and Second Place in the International Biscuit Publishing contest, 2009. His novel ‘On Hikers’ Hill’ was awarded First Prize in the UK abook2read Literary Competition, December 2010 – among the final judging panel was the British lyricist sir Tim Rice. His fiction has been published in over twenty-five print publications, including Zenfri Publications, New Fables, Gem Street, Grey Sparrow, Fjords Arts and Literary Review, and Aesthetica Creative Annual