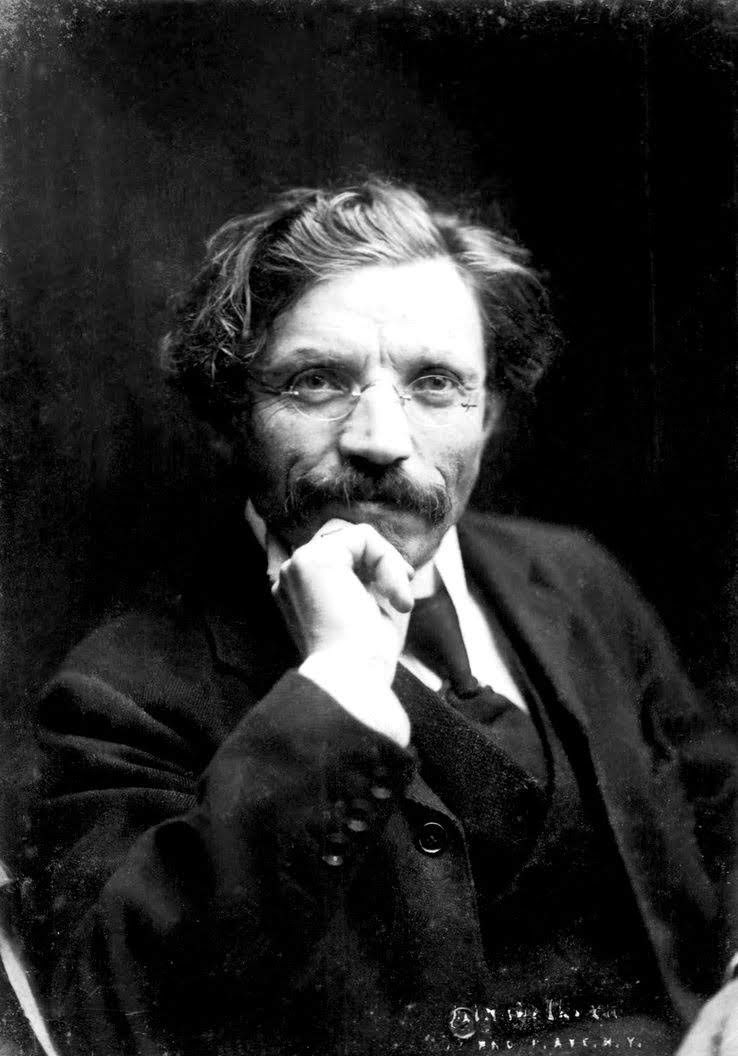 “Imagine, every single one of them up to Mr. Big; yes, the czar himself takes bribes. Don’t be shocked—Mr. Big accepts them too, if he gets an offer. What’s that? You don’t believe me? You’re all laughing, eh? Well, have fun . . . Ready now? Have you all laughed yourself dry? Now gather round me, brother Jews, and listen to a story that happened a long time ago to my grandfather, may he rest in peace. It happened in the good old days when Czar Nich was boss....”

Sholem  Aleichem’s work is the heart and soul of Yiddish literature.  To most he is the genius behind Fiddler on the Roof.  He is a great writer, his stories, mostly about Eastern European Jews are wise, delightful, often hilarious and very wise.  Mark Twain on meeting Aleichem told him people often call him “The American Sholem Aleichem”

“Happy New Year” is set on a Russian train, as are numerous of his stories.  Many of the stories are structured as one person telling others on the train a story, maybe a bit apocryphal but anchored in real life events.  Jews could talk freely as the Goyim on the train could not understand Yiddish.

Our narrator is repeating a story his grandfather told.  It seems a New Czarist official had taken over the area in which the family lived.  To everyone’s shock, he won’t take a bribe!  Unheard of, even “The Big Man”, the Tsar takes bribes, it is how things are done.  His grandfather went to a highly regarded Rabbi for advise.  I don’t want to spoil the delightful plot but the grandfather ends up smoking a cigar and having tea with the Tsar and a new bribery friendly official is soon put in place.

Sholem Aleichem, the pseudonym of a Russified Jewish intellectual named Solomon Rabinovitz (1859–1916), created many of the most enduring works of modern Yiddish fiction. Born in Pereyaslav, Ukraine, he received a traditional education and lived in Kiev and Odessa before immigrating to New York City. Upon his death in 1916, the New York Times published a front-page obituary, memorializing him as “the Jewish Mark Twain.” More than 100,000 people attended his funeral procession, making it the largest New York City had ever seen. His humorous representations of the rhythms of Yiddish-speaking Eastern European Jewish life have had a lasting influence on modern Jewish literary traditions.

Curt Leviant is the translator of Sholem Aleichem, Chaim Grade, I. B. Singer, and Avrom Reisen, and the author of ten critically acclaimed works of fiction, the most recent of which are King of Yiddish and Kafka’s Son. His novels have been translated into seven European languages and into Hebrew and Turkish. But not yet into Yiddish.

I read this in the 2018 Pakn Treger Translation Issue, published by the Yiddish Book Center.

I really enjoyed this story and I thank Curt Leviant for this elegant translation.

Mel, thanks for this intro to Sholem Aleichem. I will plan to read some of his classic short stories.

I like stories like this set on trains, and especially the idea that the characters in this story can speak freely, so there's a sense of freedom in the travelling and in the conversations. I feel like there are quite a few characters in Mavis Gallant and Alice Munro that take the train too.

Suko, I hope you get to read a few of his stories. He is very talented and versitle.

Buried in Print. Katherine Mansfield also set some of her stories on trains.