“Gimpel The Fool”. - A Short Story by Issac Singer, 1953. - translated from Yiddish by Saul Bellow 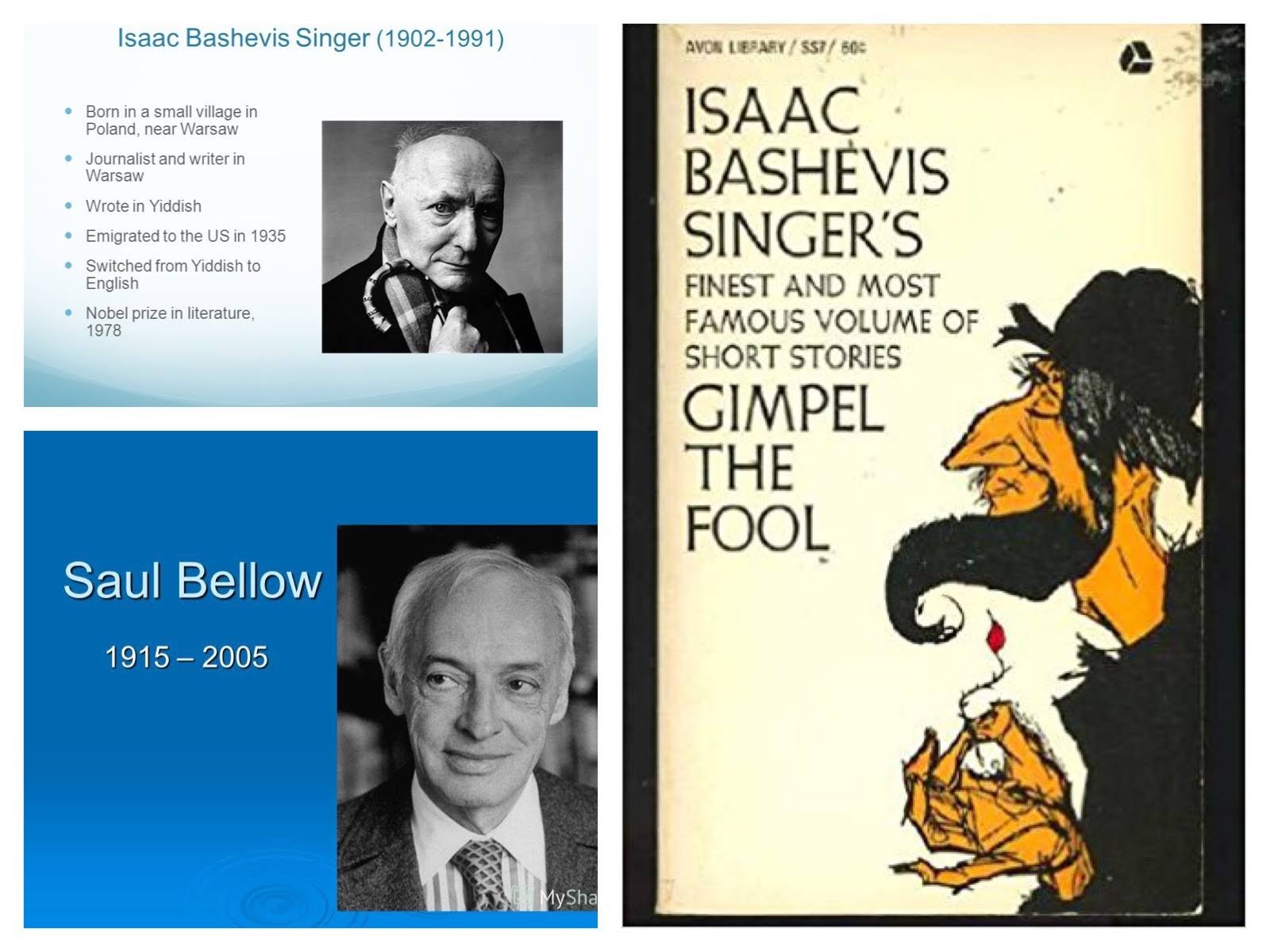 “Gimpel the Fool”, today’s story was written by one Nobel Prize Winner, in Yiddish, and translated into English by another, a hard to beat pedigree!

Saul Bellow, he won the Nobel Prize in 1976,in addition to a Pulitzer Prize and three National  Book Awards for fiction (he is America’s most awarded author) was the son of Yiddish speaking immigrants from St Petersburg Russia.  They moved to Toronto where he was born, the family moved to Chicago when he was eight.  Long ago I read most of his novels and hope to reread some now.

I have posted on several short stories by Issac Singer, who immigrated from Poland to New York City.

Gimpel is a late teenage orphan when we first meet him, a helper in a bakery.  Everybody calls him a fool and mocks him as if he is of subnormal intelligence.  People in the shetel kind of bully him into marrying a woman with a loose reputation, who already has a child.
Four months after the wedding, she has a full developed baby.  Somehow he comes to believe he is the father.  The years go by, he now owns a bakery and is considered rich, he finds his wife in bed with several men, she has six more kids which are probably not his.  Deeply troubled, he consults a Rabbi who tells him divorce his wife, leave her, and never see her or the children again.

In the tradition of the wandering fool, in the last segment of the story, he wander alone for many years, gaining wisdom.

I will not tell the close of the story.  It was fun to read, who can denigrate two Nobel Prize Winners.

You can read the story here