Once Upon a Time: A Short History of Fairy Tales by Marina Warner, 2016 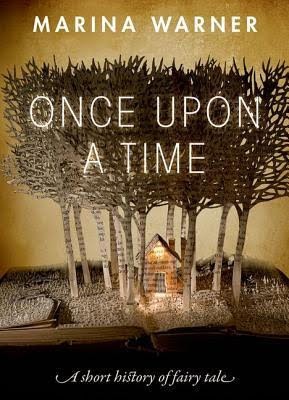 “We are walking through the dark forest, trying to spot the breadcrumbs and follow the path. But the birds have eaten them, and we are on our own. Now is the time when we all must become trackers and readers of signs. Fairy tales give us something to go on. It’s not much, but it’ll have to do. It is something to start with.” Closing words from Marina Warner

Fairy Tales were among my very first introduction to the Reading Life.  Wicked Queens, goblins, elves, trolls under bridges, walks through enchanted woods along with poisoned apples, magic mirrors and mysterious powerful words have filled the imagination of children and adults for hundreds of years.

It is not at all easy to try to explain the difference between a short story, a parable and a Fairy Tale. Warner does as good a job as has been done.

As she details, the fairy tale as a literary form was largely created by Charles Perrault (France, 1628 to 1703).  He wrote, drawing on folk tales, such cultural icons as “Sleeping Beauty”, “Cinderella”, “Little Red Riding Hood” and “Pus in Boots”.  Spurred on by Romantic Era, in Germany the Grimm Brothers became among first collectors of folk tales.  Their two volume Collection was first published in 1812 and 1815. The tales from the German tradition were darker than those of Perrault.

Warner makes a lot of interesting Observations.  I am very glad i read this  book. I am quite behind in my posting so this post will end here.

I purchased the Kindle Edition of this on sale for $1.95.  It is now back up to $9.95.  I have found these Kindle sales are often repeated.

Bio Data from The Author

My critical and historical books and essays explore different figures in myth and fairy tale,  such as  the Virgin Mary and Joan of Arc; more  recently I have concentrated on fairy tales, including the Arabian Nights. I  also write novels and short stories,  often drawing on mythic or other imaginary predecessors to translate them into contemporary significance – to re-vision them. Stories come from the past but speak to the present, and I have found that  I need to write stories as well as deconstruct them and place them in historical contexts, because I myself love reading works of imagination, and I would like to join the conversation with admired predecessors, who range from Apuleius  to Virginia Woolf,  Italo Calvino, and Angela Carter.

This sounds like a fascinating book, with a perfect title! It would be interesting to learn about the history of fairy tales.