The Retreat: A Novel by Aharon Appelfeld, 1984 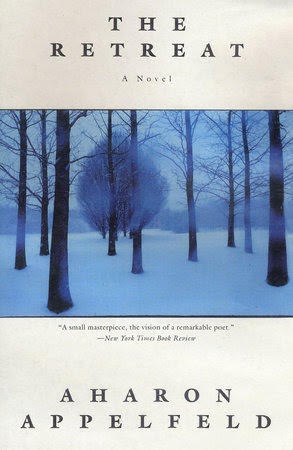 The Retreat: A Novel by Aharon Applefeld is set in Austria in 1937.  The Retreat is a hotel with a special purpose.  Jews go there to try to learn to learn to hide any trait, speech pattern, behavior, dress or mannerism that might give them away as Jewish.  They are there to learn to pass as gentiles.  We learn the back story of some of the guests and the hotel staff.   Austria will soon be taken over by Hitler’s Germany.   The residents have no idea what is going to happen to the Jews of Austria.

Appelfeld’s manner, his gestures, and his soft voice recall the vanished provincial Romania of his childhood, where the bourgeoisie retained traces of cosmopolitan Austro-Hungarian culture. The son of a wealthy landowner, he spent his early years speaking German with his parents, Yiddish with his grandparents, Ukrainian with the maid, and Romanian at school.
In 1941, when Appelfeld was nine years old, the Romanian army invaded his home village of Jadova, near Czernowitz. His mother and grandmother were shot. Appelfeld and his father escaped but were soon rounded up and marched, over two months, to the Transnistria concentration camps, where they were separated. Once again Appelfeld escaped. He spent the next two years hiding in the forest, doing odd jobs for a group of prostitutes and thieves. When the Soviet army arrived, in 1944, he joined them as a kitchen boy and eventually made his way, via Italy and Yugoslavia, to Israel. In 1960, he discovered that his father had also survived and come to Israel, and the two were reunited.
The story of Appelfeld’s survival is told in his memoir, The Story of a Life (1999). The war years have also provided material for the majority of his novels, including The Age of Wonders(1978), Tzili (1983), and the book for which he is best known abroad, Badenheim 1939 (1975).

I enjoyed this very interesting book.  It is for sale for $3.95 as a Kindle.