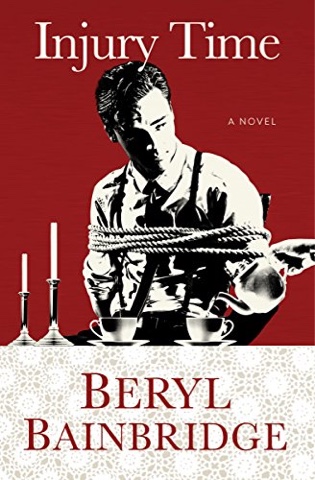 Dame Beryl Bainbridge is regarded as one of the greatest and most prolific British novelists of her generation. Consistently praised by critics, she was shortlisted for the Man Booker Prize five times, won the James Tait Black Memorial Prize and the W. H. Smith Literary Award, and twice won the Whitbread Award for Novel of the Year.   She was born in Liverpool in 1932 and died in London in 2010.
Beryl Bainbridge On The Reading Life
Works Read to Date
Harriet Said
The Bottle Factory Outing
According to Queenie
Young Adolf
Sweet William 1976
An Awfully Big Adventure 1989
Injury Time
Injury Time is a witty, perceptive account of a middle aged married man's affair with a woman, Binny, who has three children.  Binny is tired of being the "woman on the side", only able to see Edward when he can squeeze in time away from his wife.  When Edward stops by her place, they have to wait until her ten year old goes to bed before they can have sex,leaving about fifteen minutes before Michael has to leave.

Edward is a somewhat hapless chap, working in dull job and in a marriage with Helen which, if not loveless, is hardly passionate.  And he has a mistress – albeit one with three unruly children at home, and no intention of staying submissively in the shadows.  His mistress rejoices in the absurd name Binny. Binny is getting very sick of this.  Michael is always telling her how he wished he had more time for her.  Edwards mangeses an alibi for an evening and to try to calm down Binny,he invites a work friend and his wife over to Binny's place for dinner.

The dinner party turns into a darkly hilarious disaster starting with Binny's a bit drunk friend and neighbor Anne intruding.  But then the real disaster occurs when three strangers,two men and a woman stage a random home invasion.  They have in mind holding the two couples as hostages against the police,seeking to arrest them.   The invaders tie them up.  Things get pretty weird.  I will leave the remaining plot untold.

http://www.openroadmedia.com/
Open Road  Intergrated  Media  is a dynamic high quality  publisher with over 10,000 books and 2000 authors on their well organized web pages. The prices are very fair and the formatting of their E Books is flawless.
The Beryl Bainbridge books are only being offered for sale in the USA 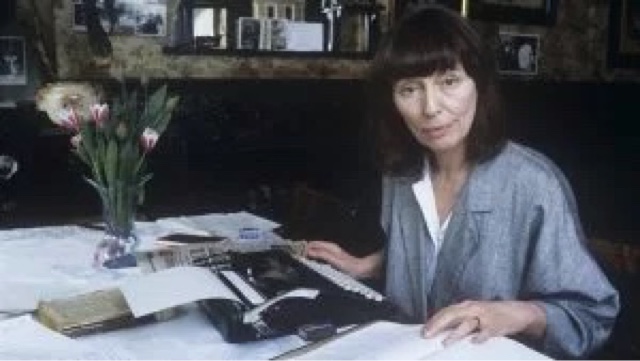