My Great Thanks to Max u for the Amazon Gift Card That Allowed me to read this book.

"This is, I think, the finest work of literary scholarship in my time, by the great German philologist Ernst Robert Curtius. It is an extraordinary study of the continuity of European literature, from Homer and the other Greeks, on through Virgil and the great Latin writers, to a culmination in Dante, and moving beyond to a consideration of a long tradition that concludes with Goethe. . . . It is from Curtius that I have learned--and others go on learning--what literature is, and why I myself would call it a way of life and a way of thought."--Harold Bloom, FiveBooks 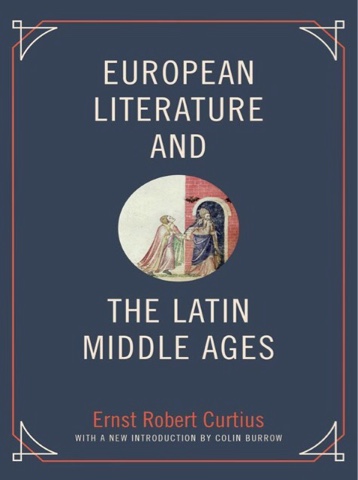 European Literature and the Latin Middle Ages by Ernst Robert Curtius is the most challenging and the most illuminating work of literary history I have ever read.  It is the product of a lifetime of scholarship, deep and broad  reading in Greek, Latin and Romance Languages literary works.  The theme of the book, which I was completely convinced was correct by the time I finished the work, is that the time honored standard pedagogical division of European literary history into classical, medieval, Renaissance, and modern eras is counterproductive and leads to misunderstandings based on a belief in breaks in tradition.  Curtius lays out the development of European literature from Classical Greek and Roman writers, much space is devoted to Virgil and of course Homer.  When Curtius stepped back from close reading to expand broadly on European society and literature I was very much in awe.
Curtius details how medieval theories of rhetoric drew from Latin and Greek roots and how out of this grew the work of writers like Dante and Boccaccio.  Both men were educated in Aristolean rhetoric theories, Curtius tells us Aristotle's poetics began to be intensely studied about 1250.  The metaphors and story lines of Ovid, whom I am now reading after a very long hiatus, and Virgil greatly influenced writers of Italy and France, as Curtius very well documents.  Curtius work for me destroyed the standard teaching models  of European literature and actually culture as a whole.
Curtius shows us how Don Quixote arises from late medieval romances drawn from stories developed from ancient roots.  From Don Quixote the  European  novel was born.  Curtius talks a good bit about the historical roots of T. S. Eliot from Dante.  In my mind I imagined James Joyce shaping the modern novel through rhetorical devices and structures borrowed from Homer and Dante.
This is a book that could be read with profit numerous times.  It changed how I see literature.  I think the old fashioned pedagogical classifications with the dark ages thrown in there broken when writers and artists rediscover the Greeks and Latin writers is still taught in almost all universities almost out of laziness.  Curtius did much of his work living in Germany when it was ruled by the Nazis.  His work is on the surface pure scholarship but under that I think there is a magnificent message of multiculturalism and the power of the best of human achievement to endure.
For me,  European Literature and the Latin Middle Ages was a gestalt changing work.  Once again I learned that what I was taught in the academy was wrong.
I strongly urge all literary autodidacts to read this book. 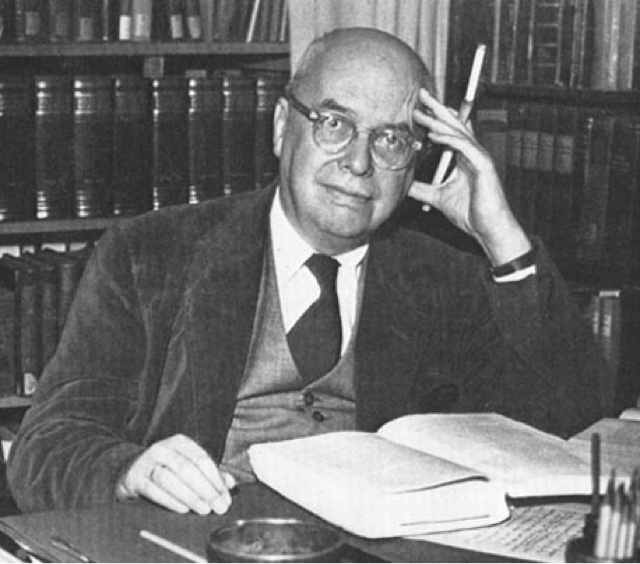 Ernst Robert Curtius (1886 to 1956) was a German literary scholar and historian, philogist, and a Romance language literary critic.  His most famous work is European Literature and the Latin Middle Ages.
Mel u

I hate to say that I've never heard of this. It sounds excellent. What scholarship!

Wow! Harold Bloom's praise -- and yours -- persuades me that I need to find and read this book, one I've never heard of until I read your posting. Thanks for showing me the way! v/r Tim

Heidi's Book. Amazon recommended it to me based on my prior purchases. Thanks very much for your comment and visit

R. T (Tim) Davis, very glD to see you back on my blog. This for me was a very changing of my views of cultural history work.