The Marriage of Opposites by Alice Hoffman (2015) 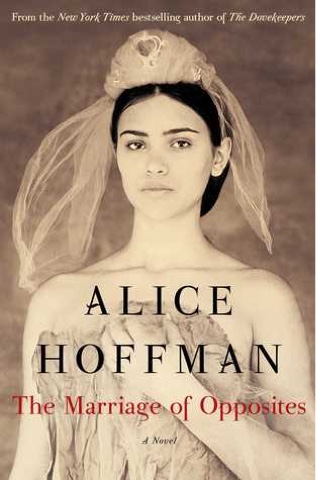 The Marriage of Opposites by Alice Hoffman is the story of life of the mother on the great artist, Camille Pissarro, founder of Impressionism as well as an account of the early years of the artist.
The plot opens in 1807 in the city of Charlotte Amalie on the Danish colonial Caribbean island of St. Thomas.  Rachel, mother of Pissarro, is descended from Jews that fled oppression in France.  The Danish government accepted Jews and was one of the first European powers to outlaw slavery.  To me one of the most interesting aspects of the novel was learning about the life of the small Jewish community on the Island.  Most of the populace was descended from slaves.  Rachel has a life long friendship with the daughter of an exslave.  The beauty and the harshness of the island was exquisitely evoked by Hoffman.  Her Family are involved in trade with Europe, the island is a great producer of rum, most of their income comes from the family store.
Jews could only marry other Jews so the marriage market is small.  Rachel, in a business deal, is married to a widower twice her age, she was twenty, who was a business partner of her father.  She becomes mother to his three children, she will eventually have seven of her own.  Her first husband will die and she finds true love with her second marriage.
There are interesting developments as time goes on, the plot end in 1855.
I found the historical details about life on the island fascinating.  There are several romances but I was not that convinced by them.  I do not issue a blanket buy recommendation on this novel.
I enjoyed reading this book, my first by Hoffman.  I was kindly given a review copy.
Alice Hoffman is the author of more than thirty works of fiction, including Practical Magic, The Red Garden, the Oprah’s Book Club Selection Here on Earth, The Museum of Extraordinary Things, and The Dovekeepers. She lives near Boston.
Mel u

I found this a good story but rather slow.