"The Diviner" by Brian Friel 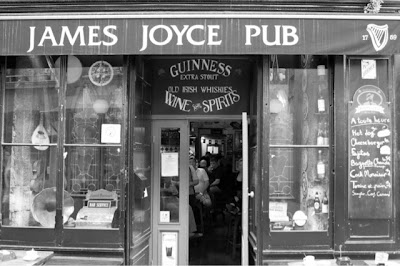 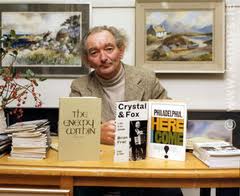 Please consider joining us for Irish Short story week.  All you need do is to post on one short story or non-fiction work related to the Irish Short Story and let me know about it.  Short stories by authors of Irish Heritage from Latin American or New Zealand can also be included as well as stories by Irish Australian Women.

"The Diviner" by Brian Friel (1929, County Tyrone, Ireland) first appeared in The New Yorker.  I read it in The Oxford Book of Irish Short Stories edited by William Trevor.   Friel is one of the highest regarded of living English language playwrights, a number of his works have been preformed on Broadway.  (You can read about his very distinguished career here.).  Friel also wrote a number of short stories, mostly about the lives of the people of County Tyrone.  In my posts on lesser known stories that are not available online I am keeping to short posts.

"The Diviner" is the story of the life of a woman who was for twenty five years married to a heavy drinking man who could not hold a job.  Drinking to excess was considered a sin and it was a shame on the wife of a drunkard and she was also considered a figure of pity.  I do not mean the good time with your mates in a pub over a pint kind of drinking, I mean the whiskey bottle hidden in your coat pocket or in the shed kind of drinking.  One day the drunken husband dies and the wife has to go to work as a charwoman (cleaning lady).  She is such a good work and of such a high  character that she is soon working for some of the very best families.  Then to every one's shock she marries a man from  outside of County Tyrone.  Nobody knows him but he seems nice and respectable and everyone is happy for the woman.  Then he is missing and his boat is found in the middle of the lake empty.  A Diviner is called in to help find the body.  The body is found but with two bottles of whiskey in his pocket.  The funeral scene is just heart breaking.

This story sounds intriguing, Mel. Thanks for this intro to another great Irish playwright/author.

How did her first husband Tom die ?

He was drunk on his cycle. Hit by a van. accidentaL death