The Shipping News by Annie Proulx (1993)

Winner of both the Pultizer Prize and The National Book Award 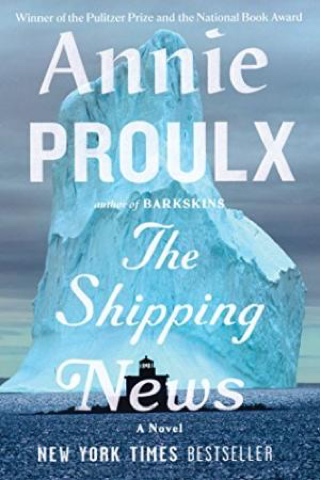 My Posts on Annie Proulx
Prior to today I have posted on three short stories by Annie Proulx, including her most famous story, "Brokeback Mountain" as well as her just published novel centering on the development of the lumbering industry, Barkskin.  Barkskin is being proclaimed all over the literary world as a master work and I expect it to win numerous awards.  I loved it and when I got an e mail notice saying her 1993 novel, Shipping News was marked down, in the Kindle edition, from $11.95 to $1.95 I acquired it.
My bottom line here is first read Barkskin, especially if you love grand sized  historical novels.  Then if Shipping News is still priced at $1.95 and you loved Barkskin, then consider reading it.  I would not issue a general buy recommendation at $11.95 for Shipping News.
Shipping News centers on Quoyle and his young daughter.  Quolye's wife, a throughly dispicable woman who cheated on him numerous times, left him, took their daughter and sold her to a black market adoption agency.  He rescues her and they move from New York State to his ancestral home in Newfoundland, Canada.
Newfoundland comes across as a terrible place, freezing cold with few opportunities outside of working in the dwindling cod fishing industry.  Quoyle has an aunt living there who helps him settle into a house.  He lucks into a job writing articles for a local news paper, he ends up specializing in news about the shipping industry. He also writes about auto wrecks and people arrested for sexual perversions. His aunt has a business doing marine upholstery.  At first the people in the town all seem like grotesques in a horror setting but slowly they come to life.  Quoyle, who never really gets over his wife, meets a decent woman.
There are lots of exciting events in Shipping News, Newfoundland can be a brutal place.  Most young residents want to leave. 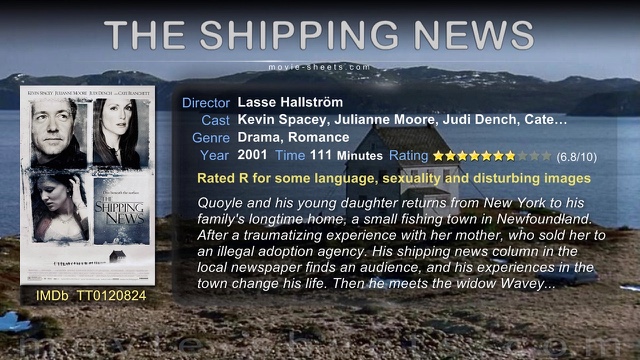 Annie Proulx is the author of eight books, including the novel The Shipping News and the story collection . Her many honors include a Pulitzer Prize, a National Book Award, the Irish Times International Fiction Prize, and a PEN/Faulkner award. Her story “Brokeback Mountain,” which originally appeared in The New Yorker, was made into an Academy Award-winning film.  from publisher's  web page 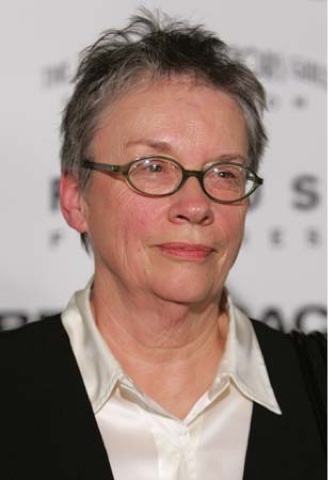 I generally tend to like the Pulitzer Prize Winners. Thank you for your recommendation. I like historical fiction. I've never read anything by this author.

Heidi'sbooks. Thanks for your comment. I strongly recommend Barkskins