Born 1867 in New York City, died 1937 in France
Author of The Age of Innocence, The House of Mirth among many other works 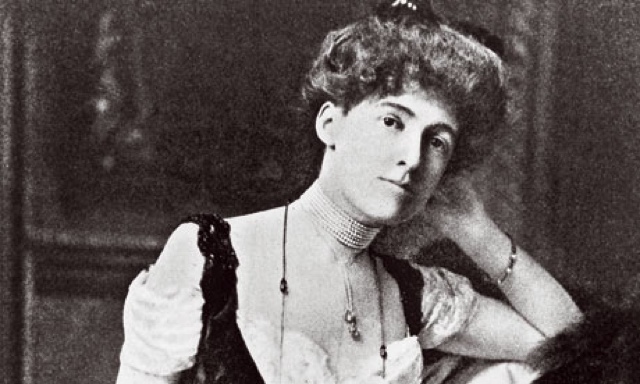 The Custom of the Country is the third novel by Edith Wharton I have so far read.  My favorite by far is The Age of Innocence followed by The House of Mirth.
Udine Spragg, along with her family, the central figure in The Custom of the Country has just moved to New York City.  Her father made money in slightly shady Midwestern business deals.  Udine wants to marry into old New York money.  Her life takes many twists and turns.  She marries and remarries more than once.  There is a good plot summery on Wikipedia so I will just talk about my favorite aspects of the novel.
I really liked the descriptions of life among the rich in early 20th century Paris, of the ins and out of Parisian society.   I thought the treatment of Udine's relationship to her father somehow mirrored in her relative indifference to her own son.  I enjoyed the contrast of New York and Paris society.  Udine later in life married into a family of French aristocrats whose money is tied up in land and art.  Udine has a hard time adjusting to their ways and needs a life of constant excitement.
I am glad I read this book.  I would say to those new to Wharton, her best known novels are first rate.  She has a legitimate claim to being the best female American novelist.
Mel u

I always wondered about this novel by Wharton.

The name of the heroine sounds so ugly to me. Perhaps in Wharton's time, it didn't sound ugly or perhaps it's just me. In any case, I enjoyed the novel, but I paused briefly every time her name appeared on the page. I was never able to come up with any relevance of the name to her treatment by Wharton.