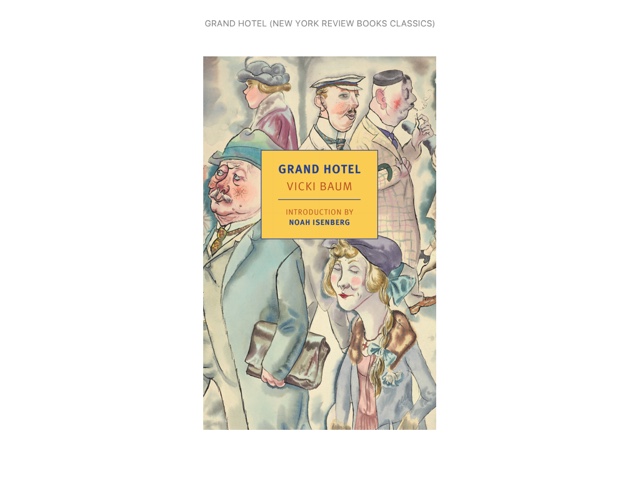 Grand Hotel is one of my favorite movies.  Starring Greta Garbo, made in 1932 and now frequently shown on The Turner Classic Movie Channel, I have seen it enough times so I can pull up large segments of it in my mind.  I was very happy to be given a review copy of the book of the same name by Vicki Baum, written in 1929 in the heights of the Weimier era in Germany.

The movie very much follows the plot of the novel.  The main characters are there and they match up those in the movie very closely.  There is more depth of characterization in the novel, more treatment of minor characters like hotel staff.  I was fascinated by the book.  It depicts the growing corruption and decay of Weimier Germany brilliantly.  We learn more about the life of the aging ballerina played by Greta Garbo than we do in the movie.

Grand Hotel  is a book I think anyone into Weimier Germany will enjoy.  My guess is most potential  bookreaders  will have already the movie and will be delighted to see how closely the movie follows the book. 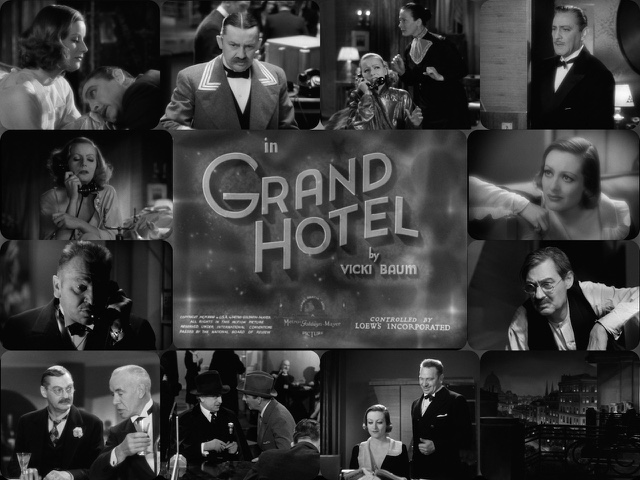 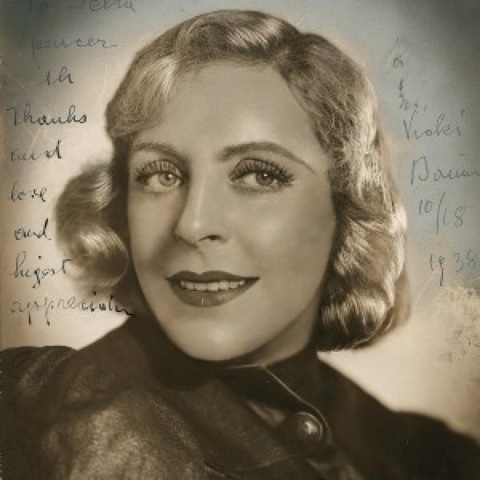 Vicki Baum (1888–1960) was born into an affluent Jewish family in Vienna. Her childhood was dominated by a depressed mother and an authoritarian, hypochondriac father, who discouraged her early forays into literature. She studied harp at the Vienna Academy for Music and the Performing Arts and left home at eighteen to marry Max Prels, a journalist under whose name her first short stories were published. In 1916, after the dissolution of her first marriage, she married the conductor Richard Lert and launched her literary career, eventually writing nearly a book a year while working as an editor at the German publishing house Ullstein. Her first major success came in 1920 with the publication of her second novel, Once in Vienna. She spent several months in New York and Hollywood during the making of the film adaptation of Grand Hotel—which starred Greta Garbo and Joan Crawford and went on to win the 1933 Oscar for Best Film—and, before Hitler’s rise to power, resettled in Los Angeles, where she continued to publish novels while also working as a screenwriter for Paramount and Metro-Goldwyn-Mayer. Her memoir, It Was All Quite Different, was published posthumously.

I love that cover! Loved the book also when I read it for #germanlitmonth a couple of years ago. Strangely I haven/t seen the movie - good to know I have a treat to look forward too.

Mel, both the movie and the book sound fascinating. Thank you for your strong recommendation of Grand Hotel. I think I will see the film first.

Lizzy Siddal. I hope you are able to see the movie soon. I am koi get forward to November.


Suko. The movie is a classic. Shows Garbo at her best

Vicki Baum's Grand Hotel has been on my TBR list for a while. In fact, I even own a copy - the German edition it goes without saying -, never got round to reading it yet, though. I'm sure that I saw the film as a child or teenager (I watched all those films on TV at the time) although I must admit that it obviously didn't impress me enough to remember. As an expatriote in the USA Vicki Baum wrote a nice little Christmas story not in her native German, but in English! I reviewed it for my Austrian collection on Edith's Miscellany at http://edith-lagraziana.blogspot.com/2013/12/the-christmas-carp-by-vicki-baum.html.
Lagraziana @ Edith's Miscellany