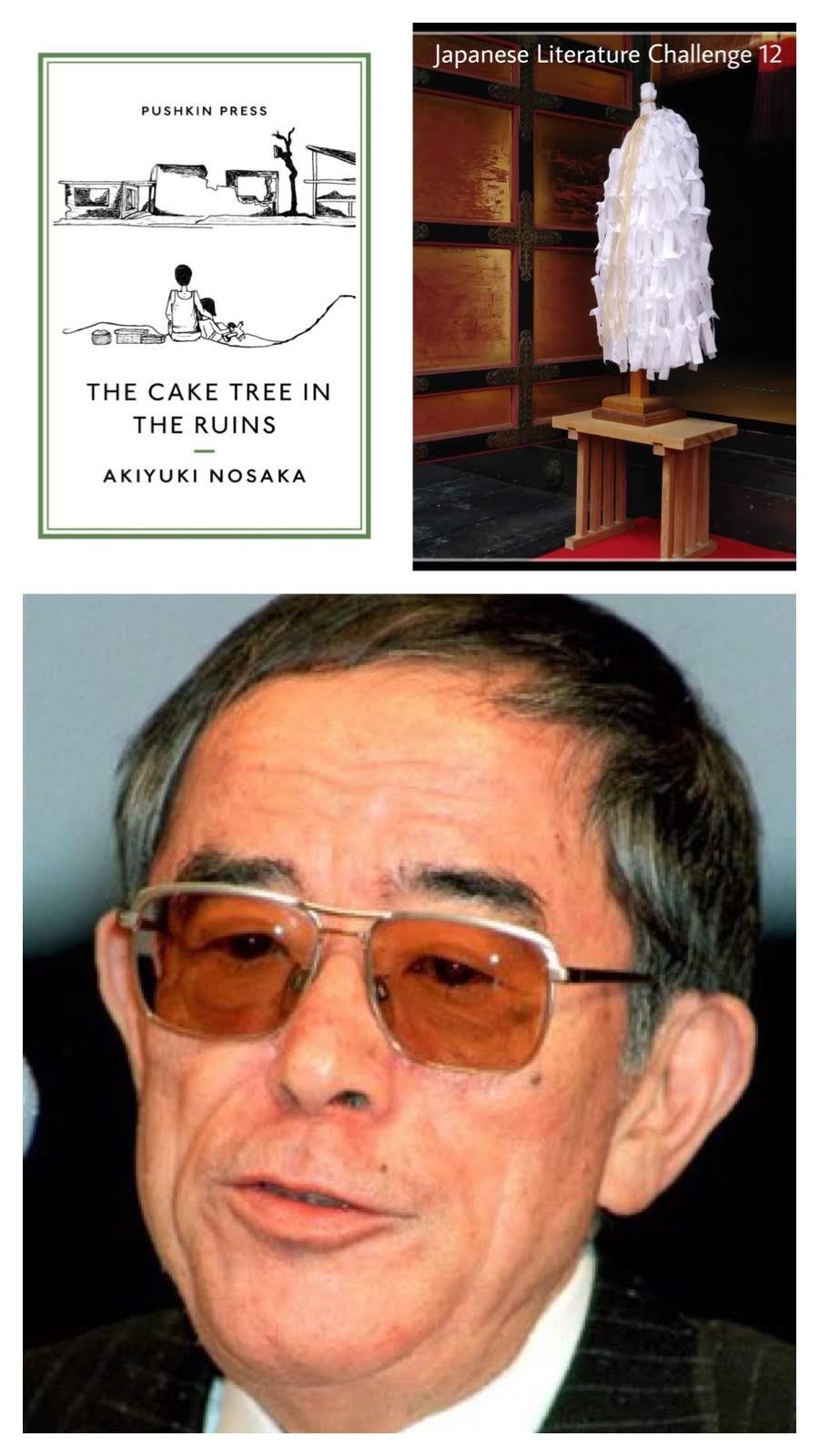 Akiyuki Nosaka’s Stories, set in the closing days of World War Two, Japan surrendered on August 15, 1945 a date noted at the start of each story focus on the most innocent victims of the war, very young children and animals.  The stories have a fairy tale feel, the animals are very effectively
anthropomorphic rendered, putting us totally seeing thinks from the animals perspective.  One of the two stories I have posted upon is about a very lonely whale brought to a very bloody end by his love for a Japanese submarine.  The other begins in the Tokyo Zoo.  There is no money to feed the animals so a decision is made to kill the animals, including a very gentle elephant raised in the zoo.  His keeper of many years takes him out into the countryside.  We feel the great bond between them, not even shattered in death.

Today's story "The Old She-Wolf and the Little Girl" is set in then Japanese occupied Manchuria.  The Japanese ruled Manchuria very cruelly but now they are fleeing, running from the imminent arrival of the Russian Army, bent on oregaining their honor from the Sino-Japanese war.  Those running are mostly women, children and old men.  The men were all drafted into the Japanese army, even the forty plus year old father of the Little girl in our story.  The Chinese know the Japanese will lose and treat the refugees as the Japanese treated them in their Glory days.

There are only two characters in the story, a little girl of about four and an elderly female wolf who has left her pack, which she up until recently lead, to find a peaceful place to die.  The young girl has contacted measles, her mother, fleeing in a large group, had no choice but to abandon her.  At first the wolf plans to stalk her a while and then have her as a last meal.  Then she starts to think that her pack would never abandon a young pup, what must these humans be like.  She begins to bond with the child, feeds her and protects her.

When the wolf and the little girl meet, the girl mistakes the wolf for the abandoned family German Shepherd, Bella, who she loved.

"Thirsty, the wolf took a drink from a small stream, then caught two field mice to appease her hunger. She had just started running as hard as she could to catch up with the group again when she suddenly caught sight of something red in the grass. Pricking up her ears, she could hear a hoarse voice crying. It didn’t immediately occur to her that it might be a human child, but as she cautiously approached she saw a small girl tottering through the grass. The only reason she didn’t pounce on the girl and gobble her up right away was that the edge had been taken off her hunger by those two field mice. And then she was quite taken aback when the little girl showed absolutely no fear upon seeing her, but instead called out “Belle!” and flung her arms happily around her neck. The girl stroked the wolf ’s neck and back, sobbing, “Where’s Mama, Belle? Go find her for me!” The wolf didn’t understand what she was saying, but the girl clearly thought that she was a friend and so she submitted to her, thinking how odd it was for a human to be so unafraid of a wolf. The little girl didn’t smell of the things the wolf hated most, leather and gunpowder, but instead was permeated with the scent of milk. This brought back memories of all the cubs that, not so long ago, she herself had given birth to and raised. Come to think of it, the little girl’s sobbing voice was not unlike the wheedling cries of a newborn wolf cub. Before the wolf realized what she was doing, she was cradling the little girl between her front paws, just as she had done with her own cubs, and was licking her face and hands, which still smelt of her mother’s milk. The little girl snuggled up to her. Now and then she called loudly, “Mama!”, but her only answer was the sound of the wind crossing the wide-open plain. She began sobbing again, but when the wolf licked away her tears she became ticklish and wriggled."

The girl gets sicker from the measles.  The old wolf now has a purpose, to take care of the girl.

As the story proceeds we learn what life was like for the fleeing Japanese but the story ends on such a cruel note I cared little for them.