My Plans for Month Two of The Japanese Literature 12 Challenge plus a story by Mori Ogai, author of Vita Sexualis, “The Last Testament of Okikaw Yagoeman”, 1922, translated by Richard Browning 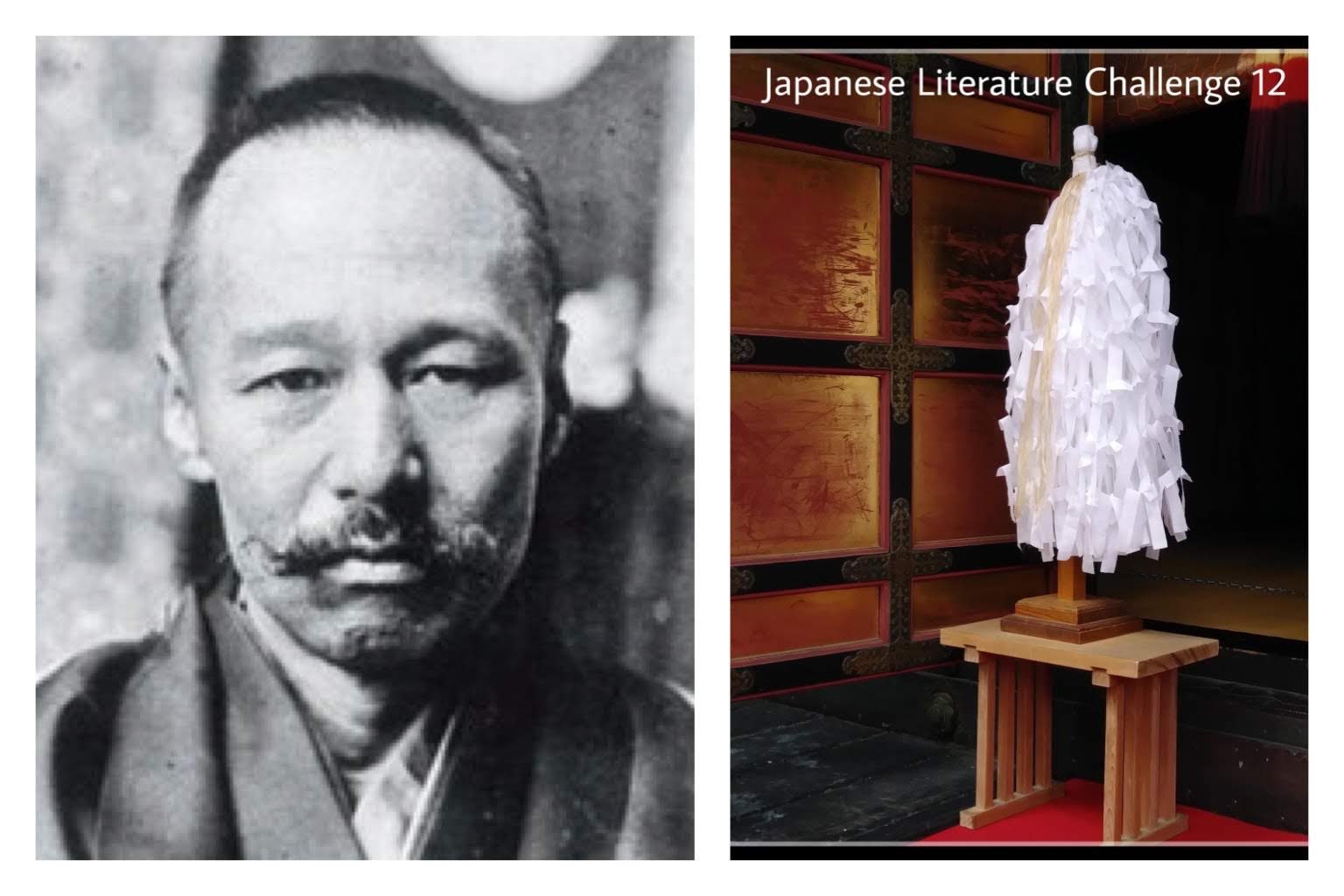 The Japanese Literature Challenge 12 will run until March 31. This is my tenth year of participation.

Here is what i read last months

My biggest goal for the event was to read the Killing Commendatore by Huruki Murakami, it did not disappoint.

I loved The Great Passage by Shion Miura.  I am very into Japanese WW  Two Literature and discovered two new to me writers in this area.  I read for the first time works by four writers I hope to explore further.  For me, a very good first month.

I have two novels on my list For February.  One is The Pornographer by Akiyuki Nosaka.  Another is a newly translated novel by Yokio Mishima, The Frolic of the Beasts.  The Penguin Book of Japanese Short Stories is a great resource and I will read more from this book.  Otherwise my options are open.

1882 to 1916- served in Japanese Army, participated in Sino-Russian war, having a medical degree he became The Surgeon General of The Japanese Army

1909- His semi-auto biographical account of his sexual coming of age Vita Sexualis is published.  Shocking in 1909, draws him repreminds from his superiors.

From my post in for The Japanese Literature Challenge in 2010

Ogai Mori (1862 to 1922) was born into a privileged family in the southern Japan.   His family had long had the been by right of inheritance physicians to the daimyo (a feudal samurai lord) of the region.    As the oldest son of the family, Mori as expected graduated from Medical School.   In his younger days he studied Confucian texts to supplement his schooling and insure a grounding in the classics.    After graduation he enrolled in the Japanese Imperial Army.   The army sent him to Germany to pursue advanced medical training and while there he developed a passion for European literature.     Upon return to Japan he was given a high ranking position in the army medical corps.   While pursuing his military career he started at his own expense a literary journal in the pages of which Japanese literary criticism first began.   In time he  was promoted to the position of Surgeon General of the Japanese Imperial Army.   While in the army he served in Manchuria and Taiwan during periods of combat.   As a hobby he pursued his writings, the most famous of which is The Wild Geese.

Vita Sexualis is considered an autobiographical novel of the sexual development of Mori.   It was considered so daring at the time that it was banned three weeks after its initial publication and Mori drew an official reprimand from his military superiors.   The book is narrated as if one writer was presenting the manuscript of a second one.     Vita Sexualis is in no sense at all a an explicit book but it does talk in an open way about homosexual activity (including rape) in Japanese all male boarding schools which were attended by most elite Japanese of the time.   The book is told sort of one year at a time starting with age six and ending at age twenty one.    The narrator ends up in medical school just like Mori did.   We see him learning about self gratification from his peers up to his first sexual encounter which was with  a prostitute.   This  is portrayed as a normal right of male passage at the time.  I thing the suggestion that elite Japanese males commonly visited prostitutes and tea houses  of bad repute is   probably one of the reasons the top functionaries of the Imperial Army did not like his book.   We also see the role of  geisha in the life of the Japanese elite.   There is a lot of blurring of the line between prostitutes and gieshas in Japanese novels.       Given time it was expected that gieshas would provide sexual services and also cultural instruction to young elite males.   For sure this is the depiction of that aspect of Japanese life is shown in Vita Sexualis.   I think maybe the real  reason his book was banned as he revealed to much "boy's club" information about life among the elite in Japan.

Today’s story by Ogai, “The Last Testament of Okikaw Yagoeman”, first published in 1922 is a state by an elderly samurai warrior written in explanation for his motives for committing ritual suicide. For many years he lived simply as a Buddhist monk.  He writes of the three masters he has served.  He has only enough worldly goods to pay for a proper funeral.  The testimony is addressed to a fellow monk who he knows will be the one to discover his body. He asks that his children be sent nail clippings.

The story is very elegant and requires no explanation.

This work is included in The Penquin Book of Japanese Short Stories.

Wow! You have read a great deal of Japanese literature, Mel. Very impressive! I'll keep your selections in mind.

I enjoyed watching the Japanese movie Sweet Bean for the second time recently. I highly recommend it.