City of Rogues and Schnorrers: Russia’s Jews and the Myth of Old Odessa by Jarrod Tanney - 2011- 288 pages


“Much like Shanghai, New Orleans,and San Francisco’s Barbary Coast, old Odessa was both venerated and vilified as a city of sin—heaven for some, hell on earth for others—a haven for smugglers, thieves, and pimps who boasted of their corruption through endless nights of raucous revelry.” 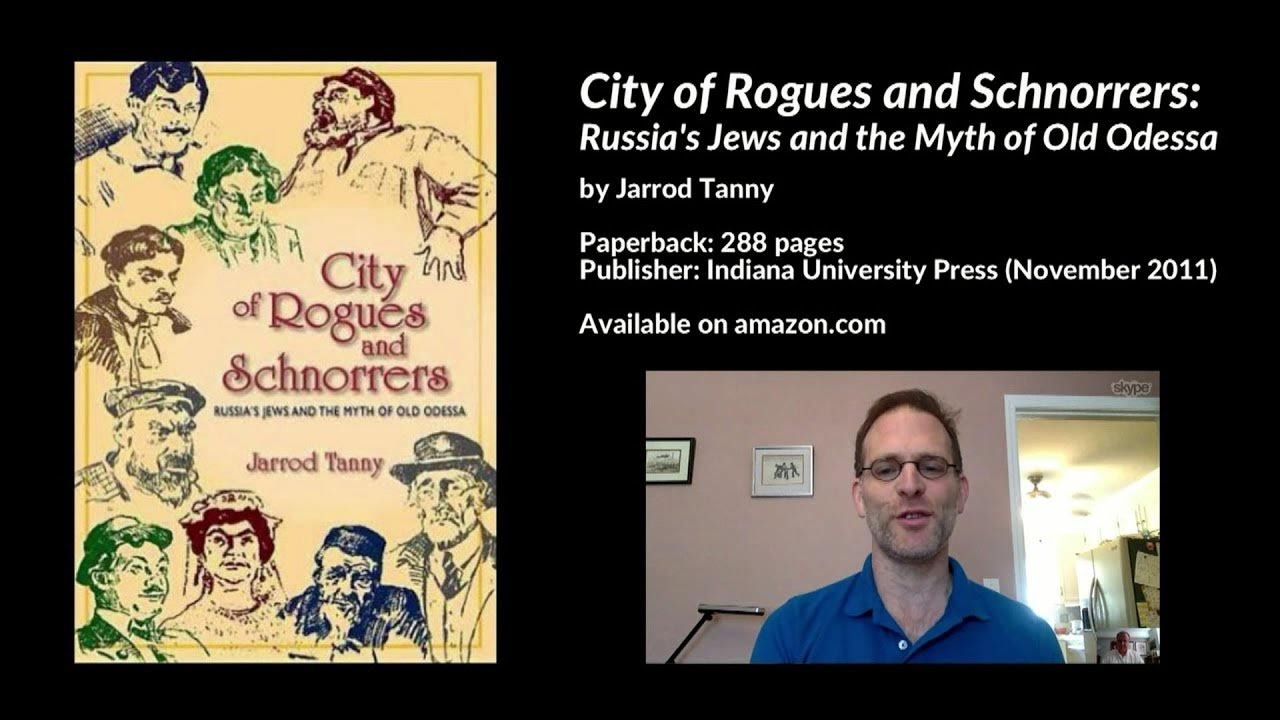 Writers of not purely academic nonfiction often face a quandry. Do you write for  General  readers who well may have little interest in your book or for those already interested.  The problem Is one set of readers will already know most of what you need to tell a reader just curious on the topic will be common knowledge to other set.  So either you assume a reader knows little or nothing or that they know quite a bit.  Sort of like teaching a class on The Holocaust in which The students are half College freshmen who have barely heard of it and The other half of the Class are post doctorial experts.

Jarrod Tanney in his City of Rogues and Schnorrers: Russia’s Jews and Old Odessa does a very good job providing content for both audiences, especially in the very valuable notes and bibliography aimed at advanced readers. ( There is a review on Amazon saying the footnotes are not linked to the footnote numbers in the body of the text. I guess this problem got fixed as I had no such issue.)

1794- Odessa, on the Black Sea, was founded on land concurred from Turkey.  Russia gained a much needed warm water port to open up trade.  Soon Jews came to play a big part in the booming export and whole sale trade.  With single men moving there to make their fortunes and sailors from all over the world teeming the streets, Jewish Gangsters ran prostitution and shipped girls to South America in the sex trade.  Tanney very interestingly talks about how the Jewish gangsters were half admired for getting the better of the Goyim.

Odessa was a Center for Jewish literary endeavors.  Most famously, talked about in depth by Tanney was Issac Babel, author of Odessa Stories focusing on a gangster.  He also goes into detail about work by Sholem Aleichem centered in Odessa as well as others.

Odessa was once a city famous for decadence, corruption, great writers, citizens and visitors from all over the world were drawn to Russia’s only warm water, compared with the Baltic ports, of the country.  It was also a place where an ambitious young man might find a fortune as an exporter.  Tanney showed me the predominance of Jews in the theater and music.  Half the cities doctors were Jewish.

A lot of the book is devoted to the figure of the Schnorrers.  Here is how Wikipedia explains this.

The English usage of the word denotes a sly chiseler who will get money out of his acquaintances any way he can, often through an air of entitlement. A schnorrer is distinguished from an ordinary beggar by dint of his boundless chutzpah. Like "moocher", "schnorrer" does not apply to direct begging or destitution, but rather a habit of getting things (food, tools) by politely or insistently borrowing them with no intention of return.

Odessa is a city famous for its Schnorrers.

(The Forward has a superb article on the concept.  In his movies Groucho Marx often played a Schnorrer.

There are lots of things to be learned from this book.  For example I’m seeing better the role of the marriage broker as a Schnorrer figure, making wild unsubstantiated claims.

City of Rogues and Schnorrers: Russia’s Jews and Old Odessa is a book anyone in Eastern European and Russian Jews history or Yiddish literature will like a lot.

There is a good bibliographic list and lots of interesting data in the footnotes.

“Welcome to my website! I live in Wilmington, North Carolina, where I teach Jewish studies in the history department at UNCW. I joined the department in 2010, after a two year stint as a Schusterman post-Doctoral Teaching Fellow in the foothills of Apalachia, at Ohio University. I completed my Ph.D. in Russian and Jewish History at UC Berkeley in May 2008, where I was fortunate to work with Yuri Slezkine, John Efron, and Reggie Zelnik.

My book, City of Rogues and Schnorrers (Indiana UP, 2011) examines how the Russian city of Odessa was mythologized as a Jewish city of sin, celebrated and vilified for its Jewish gangsters, pimps, bawdy musicians, and comedians.

My current project is on the history of Jewish humor. Although I primarily focus on America since the 1960s, I trace its origins to the Yiddish speaking shtetls of eastern Europe. To truly understand Seinfeld and Sarah Silverman, one must understand Sholem Aleichem.”