“Bontshe the Silent” - A Short Story by I. L. Peretz - 1894 - translated from Yiddish by Hillel Halkin 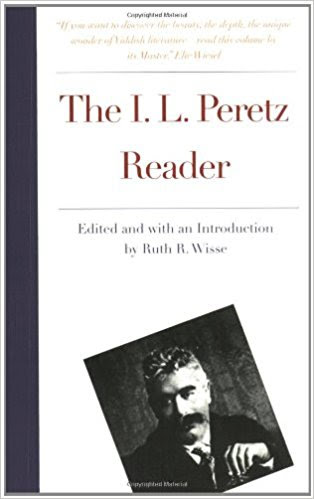 A Podcast of Bontshe the Silent by I. L. Peretz

“Isaac Leib Peretz was arguably the most important figure in the development of modern Jewish culture—and until 1939 one would not have had to argue the claim at all. Peretz dominated Jewish literary life in Warsaw almost from the moment he settled there in 1890 until his death on the fifth day of Passover, April 3, 1915, his influence radiating outward from the Polish capital to the growing centers of Jewish settlement worldwide. The estimated hundred thousand people who accompanied his remains to the Warsaw cemetery included delegates and representatives of every sector of Jewish life, testimony to his inclusive appeal at a time of increasing political factionalism. When the Yiddish writers of America formed a new literary association the year after his death, they named it for Peretz.”.  Ruth Wisse, from her Introduction to The I. L. Peretz Reader, from Yale University Yiddish Library

“Bontshe the Silent” (sometimes titled as “Bontshe Shvayg”) is the seventh story by I. L. Peretz (1859 to 1915, Poland) to be featured on The Reading Life.  All of the stories by him I have so far read are contained in The I. L. Peretz Reader, edited and introduced by Ruth Wisse.  (In the interest of full disclosure, Yale  University Press has given me many fine books, including this one.)

Bontshe lived a life of total obscurity, mattering to no one in life or death.  He suffered terribly, he was thrown out of his home by a drunken father and abusive stepmother at age 15.  He married a woman who cheated on him and left him with a son to raise.  As soon as the boy was able, he in turn tossed Bontshe into the streets.

When he dies he is shocked when the most supreme angels trumpet his arrival and Father Abraham personally welcomes him to the afterlife.  He knows he will be tried to see if he is worthy of heaven.  The defending attorney (Peretz was an attorney and I suspect a very eloquent courtroom performer) recites all Bontshe suffered in silence.  When the prosecutor takes over, he can think of nothing bad to say about Bontshe.  Father Abraham tells him that on earth he may have had nothing but now all the riches of heaven are his, all he has to do is ask.  Bontshe says, almost afraid to speak, that he would like every morning to have a hot roll with butter.  As the story closes, everyone in court is laughing at Bontshe.  They cannot fathom the life that has lead him to ask for only this.