“There Was No Creek and I am Still Alive” - A Short Story by Jenny Zhang, author of Sour Heart 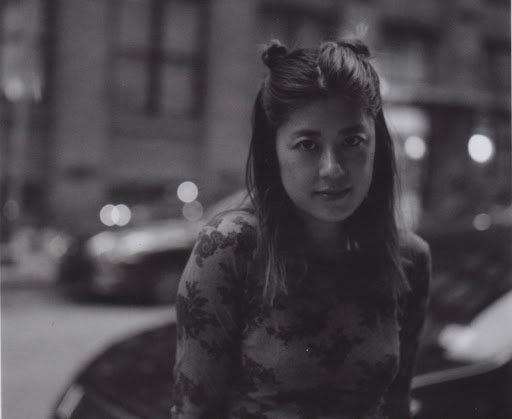 Jenny Zhang on The Reading Life


Sour Heart, Jenny Zhang’s collection of short stories centring on young female Chinese immigrants living in The United States, is showing up on numerous Best Books of 2017 lists.  Were I to publish such a list on The Reading Life, for sure it would be included.

In December I have a Mini Short Story Project.  My goal is to post upon four Yiddish Short Stories and four 21st Century Stories by Americans.

Today’s American story could be right out of The Headlines, immigrants, pedophiles, social media controversies, the collapsing of the Family are all central to the story.  Our plot begins when the narrator, on the cusp of puberty when we first encounter her, is the daughter of Chinese immigrants now living in America.  We follow up to fifteen.  Her father is at first very protctive, he worries she will either drown in a creek or be murdered by grown men she meets online.  She has sex limited to touching with them and one of her teachers, her favorite one.  By now her father has left the family, living out on The street.   The scene in which the girl sees him and he apparently does not know her was very moving.

Her mother seems clueless about her daughter’s sexual activities.

This is a very well done disturbing story.  It rings with truth.

I hope to follow Zhang for a long time.

Jenny Zhang, 33, was born in Shanghai and raised in New York. She is a graduate of Stanford University and the Iowa Writers’ Workshop for fiction. She has two published collections of poetry, Hags and Dear Jenny, We Are All Find, for which Zhang was compared to “a 21st-century Whitman, only female, Chinese, and profoundly scatological”. Sour Heart, a collection of short stories about New York’s Chinese American community largely told from the point of view of young girls, is the first book published by Lena Dunham and Jenni Konner’s Lenny imprint at Random House in the US.