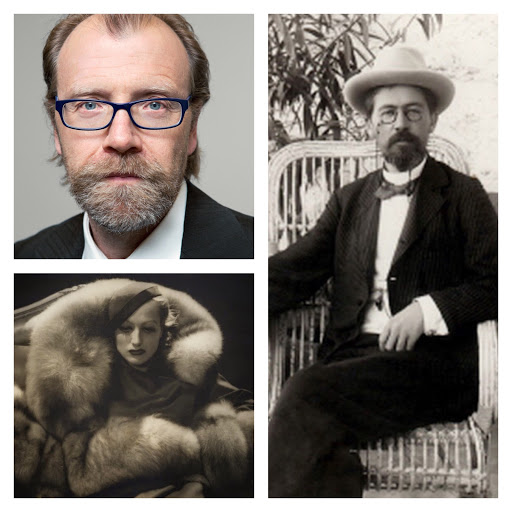 As I mentioned in The Reading Life Review for November I have asked a few highly literate individuals, mostly associated with the extended Bousweau family, Ambrosia was a great help in this, to lend their occasional expertise to the blog.  As we approach our ninth year and visit five million I felt a need for help which  I am sure will enhance The Reading Life.

Elizabeth Bousweau Yousopov is  joining us as a consultant upon Czarist Era Russian Literature.  As readers of the classic travel book, Tea and
Tokyo With Nicky by Ruffington Bousweau, 1902, know, a strong connection was made between Ruffington  Bousweau and Grand Duke Felix Yousopov during a tour of Japan.  This connection still exists between The families. Elizabeth was married to Rolf Yousopov,  grand nephew of Felix.  The marriage was by mutual consent morgantic.  They had four daughters. She currently lives in Paris, now a widow, with two Russian Blue Cats.  She is considered a world class authority on Czarist Era Russian Literature.  When asked about post revolutionary literature she said there was none.

Anton Chekhov is nearly universally regarded as the greatest short story writer of all time.  He also was employed on one of the Yousopov estates to medically certify the health of serfs prior to purchasing or selling.

“Gooseberries” is a beautiful story, structured as one gentleman telling the story of his brother’s life history to a friend as they made their way through a snowstorm.   The brother, two years older than the narrator, worked many years as a civil servant but his great dream was to own an estate in the country, one with Gooseberries bushes.  At forty he married an ugly widow for her money.  She died after three years, and at last the brother can buy an estate.  As the narrator, on his way there arrives he and his friend are shocked by the beauty of the young serf woman who greets them.  Serf Women were, of course, of mistresses of estate owners or their sons.  His brother is very happy.  The narrator  thinks to himself that the happy and content must know of the misery of others.   He feels his brother lacks the depth to see his own vulnerability.  Chekhov wonderfully evokes the beauty of the Russian country side. He rightfully says any Russian aristocrat who has ever lived in the country will see himself as from the country, not the city.  You can see this in Tolstoy and Turgenev.

I urge you to read the article by George Saunders, a writer Mel u greatly admires.

Thanks for the reminder of the power of Chekhov's stories and a warm hello to Elizabeth: may you enjoy the reading and writing you do with this venture.

This bit of George Saunders' piece spoke to me too: "That’s one of my favorite things about Chekhov: his ability to embody what I call “on the other hand” thinking."

Buried in Print. Thanks as aleays for your comment. I really like rradung Saunders remarks on other writers. In addition to his talent he seems like a very decent person.