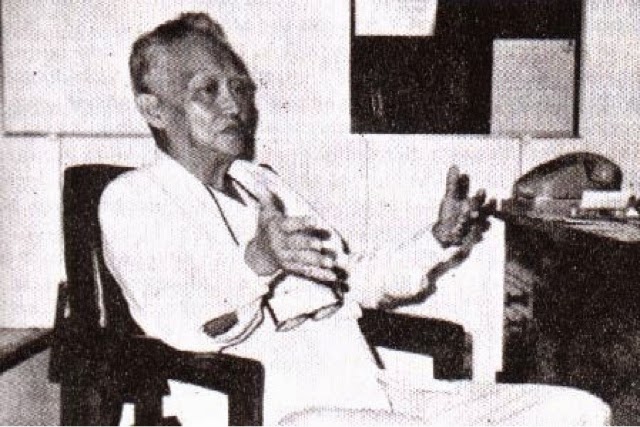 My Posts on the literature and history of the Philippines
Francisco Arcellana (1916 to 2002) was a highly regarded poet, essayist, critic, journalist and teacher.  It is for his short stories that he is best remembered.  He is considered one of the first writers of the modern Filipino short story in English.    It is his lyrical style that became the role model for a generation of writers.   He was proclaimed a national artist of the Philippines in 1990 and was given a state funeral.  Much of his career was spent at The University of the Philippines Diliman, not far from where I live. I have previously posted on his short story "The Mats".
"The Flowers of May" is almost a Filipino version of "The Dead" by James Joyce.  There were no memories of snow covered countryside in the consciousness of many Filipinos in 1951 but there are memories of the beautiful flowers of May, of May in the churches of Manila and in the old walled city. The narrator thinks of his sister Victoria who died in May.  The narrator speaks of the great depth of pain of his father, his morher's perhaps futile attempt to comfort his father over the loss.  He speaks of many dead from his family.  The story is very well set in place but the concerns are universal.
This is a beautiful heartbreaking story.  There cannot be much worse a thing than for a beloved child to pass in youth.  Faith offers the consolation of an early entry into heaven and perhaps an eventual reunion but this can be cold or even a mocking comfort.
"The Flowers of May" is about how life can be turned into a charnel house,a great city into a dark necropolis.  This is a world class short story.
You can read it here.
http://tagalogonlinepocketbook.com/read/features/blogs/the-flowers-of-may-by-francisco-arcellana