Gosbeck by Honore de Balzac (1842, translated by Ellen Marriage, A Novella, A Component of the Human Comedy)

"I like to leave mud on a rich man's carpet. It is not out of petty spite.  I like to make them feel a touch of the claw of necessity".  - spoken by Gosbeck
My Posts on Balzac 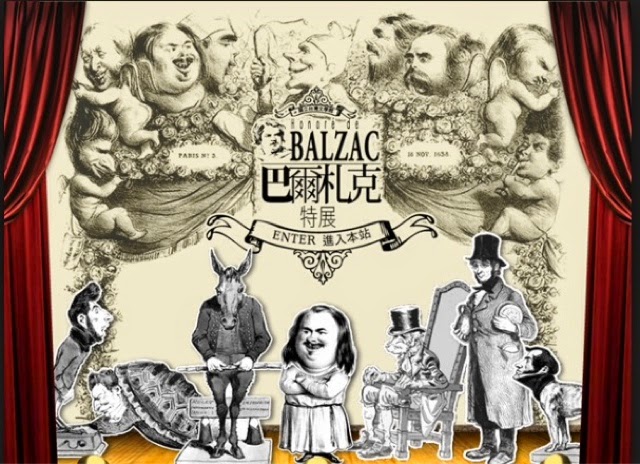 It is true Balzac wrote a lot about the rich knowing it would sell better than stories about factory workers.  He spent huge amounts of money, often borrowed money, trying to pass himself as a rich aristocrat.  He even gave himself the honorarium "de" but Balzac could see through a thousand masks, including his own.
Gosbeck to me ranks among the best of Balzac, the last few pages were so powerful even in a 125 year old translation that I was stunned.  I almost don't believe I am saying this but the last few pages of Gosbeck made me think " is there anything in Dickens to match this".  Balzac is uneven, one work might be a great masterwork, the next far from it, but Gosbeck is the real thing!
Gosbeck is the story of a Parisian money lender.  Gosbeck does everything from loaning millions of Francs to Barons to advancing a Franc to a shop girl with a dress in hock.  The work is narrated as one man telling a story about another, a common 19th century device. We meet Gosbeck in a rooming house he shares with a young man.  Gosbeck lives with no ostentation at all, with just one old servant.  He gradually becomes friends with a young law student who also lives  in the roomig house and it is the student, grown to be a very successful attorney who will tell Gosbeck's story.  As the student gradually gets to know Gosbeck he senses his great shrewdness and his intimate knowledge of the flow of money in Paris, he realizes Gosbeck is truly rich.  In one scene that will make you ponder and perhaps be confused a bit (I was, it is OK) Gosbeck tells us that he and ten other financiers meet monthly to exchange information and take actions that behind the scenes control that much of the flow of money in Paris.  Each member of the consortium has his speciality, one  factories, one government finances, etc  Gosbeck focuses on the finances of the rich and the arts.  It is said Gosbeck is partially Jewish so I guess some will find conspiracy theories in this, I just thought Balzac was trying to write an exciting story.  The life story of Gosbeck before he settled down in Paris is just wonderfully relayed.  The day we go around with Gosbeck as he chases down debtors (and for sure Balzac knew about this) is just great.
A rich aristocratic woman is having an affair with a rake, a reprobate reeking havoc among the nobility.  The woman comes to Gosbeck to pawn her diamonds to get the man out trouble.  I do not want to give away to much of the plot but the woman's husband comes to see Gosbeck and demands to know why his wife was visiting him.  He calls Gosbeck insulting names but backs down when Gosbeck challenges him to a duel.  Out of this eventually will come an amazing turn of events
As I said, the last four pages shocked me by their raw power.
We also follow the life of the narrator, who I liked a lot and who is a very much a strongly done character.  He and Gosbeck remain life time friends and Gosbeck loans him the money to buy out the law practice of a successful attorney.  He laughed that Gosbeck still comes to him for free legal advice just like he was still a student.
I think in the quotation below we can see a part of the depth of Balzac, the words are those of Gosbeck.

For sure this can be enjoyed as a stand alone work.
46/91. Past the midpoint!
I am now reading A Woman of Thirty.
Mel u