"The Company of Wolves" by Angela Carter (1985) Plus an Expanded Dining out in Paris! 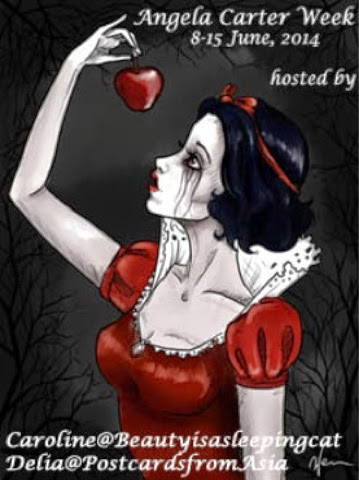 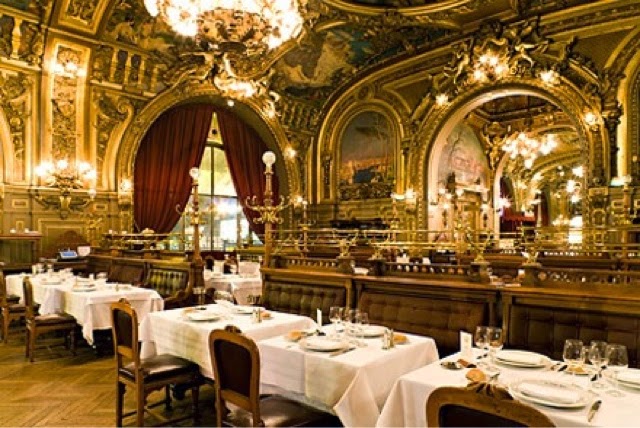 thanks to Caroline of Beauty is a Sleeping Cat and Delia of Post Cards From Asia I have fallen in love with the short stories of Angela Carter.

As I strove for a way to kind of convey the feel of Carter's story I imagined dining in five hundred year old four star Paris  restaurant. The time is fluid.   As you enter, you are greeted by name and told your regular table is ready. You are a bit confused as this is your first visit.  As you look about you begin to see the strangeness in this restaurant.  Some of the diners are in the garb of Roma royalty, some in rags, some discuss the architecture of Proust, some the best places to find juicy rats, some conduct international affairs on their mobiles, others snarl out their orders just pointing to what they want.   Some speak a dozen languages, some none, or at least no human language.  The Maître De advises you the Count, gesturing very discretely toward a very odd and wealthy looking old man in the corner, alone but for two Siberian timber wolves sleeping by his feet asked your meal be placed on his account.  The Maître De tells you to ask no questions about the Count and says "Please M 'sieur U, do not make eye contact with his pets."  Your eyes acclimate slowly to the dim lights and you think you recognize other patrons.   Could that possibly be the rising star Greta Garbo?  You are pleased to see your old friend Ruffington Bousweau who you last saw in Tokyo in 1907 on a tour of the water world, along with Prince Youseff.   Hart Crane is at a table close to you, studying brochures for cruises.  George Orwell is Down and Out in the Kitchen.  You wonder if Balzac ever dined there and you know Flaubert often visited. Charles Baudelaire often escorted Jeanne Duval, always after midnight.  Suddenly a young woman, seemingly half covered in fur, enters and the owner himself rushes out, "Mme  Alice, the Count awaits you and  I will personally  serve these bones to Solomon and Sheba right away". 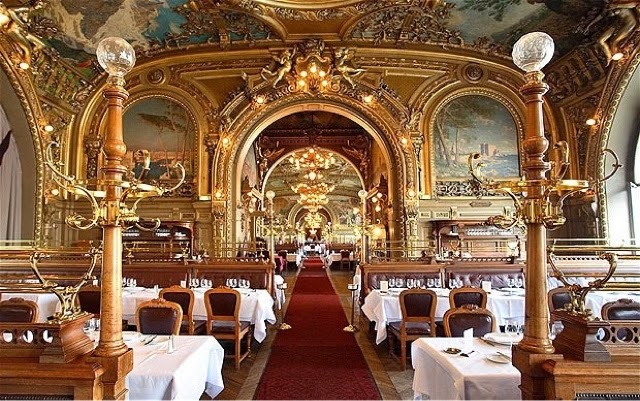 "The Company of Wolves" is a retelling of the story of Little Red Riding Hood, combined with werewolf lore.  When Carter wrote this story TV shows about occult things were not nearly as common, the Harry Potter books were still to come so werewolf lore was not commonplace.,Carter draws on ancient Northern European folks views.  She also draws on the legend of Little Red Riding Hood. Riding Hood is young and is having her period (a recuring factor to ponder in the stories of Carter) as she makes her visit to her grandmother) and would have been regarded as unclean in the culture of the era and place.  Of course a werewolf has replaced Grandmother, he smells her blood and is driven mad.  The ending is, of course, a reversal of the old story.
There is another plot in this six page story about a woman whose husband was attacked by a werewolf on their wedding night. 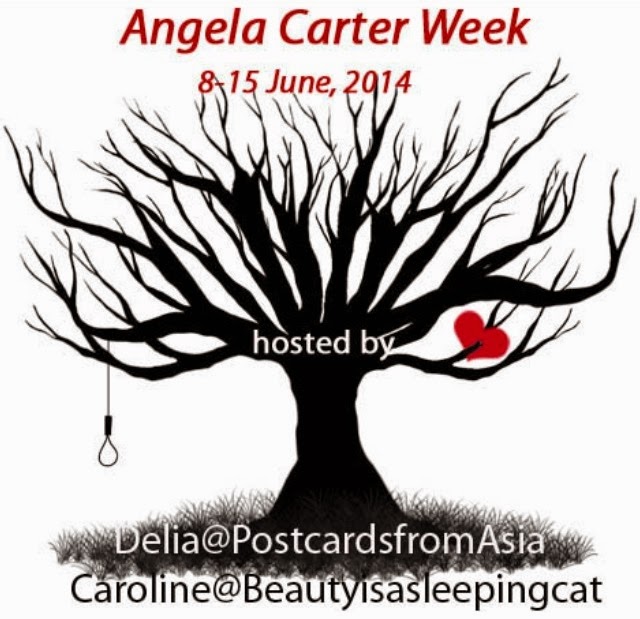 I offer my thanks to Delia and Caroline for hosting Angela Carter Week.

I wish I could dine in a restaurant like that, although I find the tables set too close together. If the Count were to sit next to me with his pets looking at every forkful of steak I put into my mouth, that would make for a wasted meal. Maybe I would feed them tidbits under the table.:)

I thought the husband was a werewolf to begin with, it didn't occur to me that he was attacked, but your interpretation makes more sense.

Thanks for another wonderful contribution.
Tha restaurat works well as a comparsiosn to Angela Carter's lush writing.

It looks as though reading Carter has fired your imagination! :) I think your restaurant metaphor is very apt. Carter's writing is nothing if not wild and out of the ordinary. I'm glad that you've fallen in love with her stories.

I love your restaurant scene - AC has inspired us all in different ways. (I found myself using semi-colons in abundance)!
I found the 2 stories where the heroine transformed into beast quite satisfying.