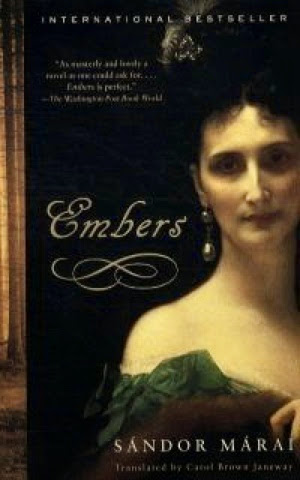 My quick advance read research on Embers by Sandor Marai (1900 to 1989, born in Hungary, he emigrated to the USA in 1949 and died in obscurity in San Diego, California) described it as a "rediscovered" European classic, first translated in 2002 by Carol Brown Janeway.  I have lately been getting into writers from the area of the old Austro-Hungarian Empire so I decided to take a chance on Embers.  All the raves are right, it must be counted as a classic European work, according to many the best novel by a Hungarian writer.  Like Joseph Roth and Stefan Zweig, Marai's work is informed by a deep love for and understanding of the culture of the Austro-Hungarian Empire.  Like Roth and Zweig, he left his homeland when he no longer felt comfortable or safe their due to the political climate, in his case he did not wish to live under Communist rule. He can be seen as an elegiac writer.
An old very aristocratic retired general living with his 90 year old maid, once his wet nurse, in his castle in the foothills of the Carpathian Mountains receives word that his closest childhood friend, Konrad, has returned after 41 years, much of them in Malaysia.  He invites Konrad to dinner.  We learn of the boyhood friendship of the two men, enduring up until they are in their early thirties.  In the process we gain insight into the history of the Empire.  The General and his maid carefully plan the dinner.  I think this scene from the Hungarian made movie conveys the feeling of the event. 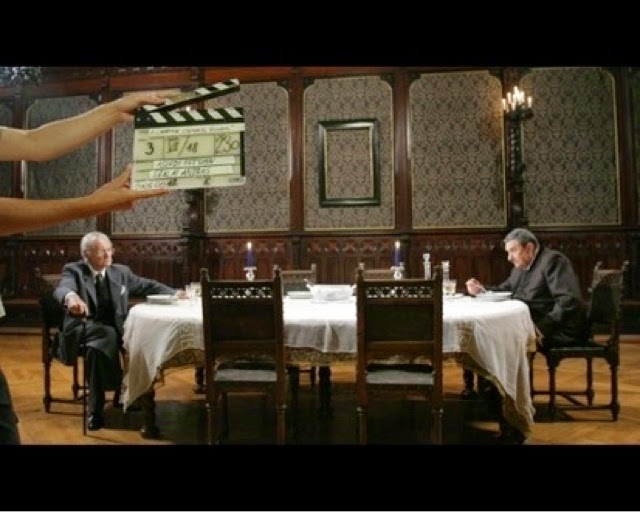 The general is on the left, Konrad on the right.  The general has invited Konrad to try to unravel mysteries that have bothered him for decades, did Konrad have designs on murdering him during a hunting expedition so he could leave with his wife for the tropics.  (The hypersensitive may find racism in the description of Malaysian women but it is better to see this as a reflection of the attitude of western men.)  The conversation between the two men is largely a monolugue, an Inquistion by the General.  Through it a portrait of the marriage of the general emerges, his wife died 13 years prior to the dinner.  One of the things I love about this novel and other Austro-Hungarian works is the deep sense of history and respect for refined culture it embodies.
Embers is a great novel, it truly belongs in the grand European canon.  There are maybe five of his novels, he wrote forty-six, currently translated.  None are much more than 250 pages and I for sure hope to be able to read them all. 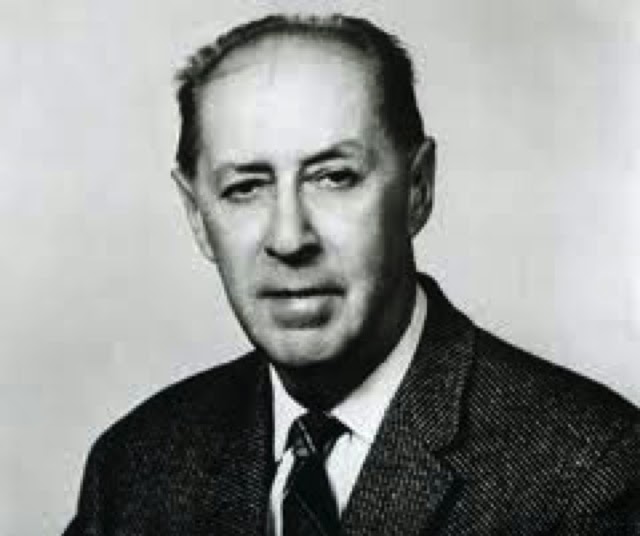